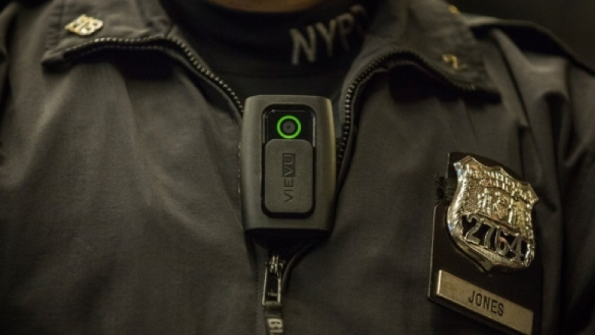 Police departments continue to rapidly adopt body-worn camera programs, but even as more officers don cameras, there are many legal and policy questions that remain unanswered.

Police departments continue to rapidly adopt body-worn camera programs, but even as more officers don cameras, there are many legal and policy questions that remain unanswered.

The development of small, easy-to-use ruggedized cameras and the tragic police shooting in Ferguson, Mo., have fueled much of this demand, with both law enforcement and the public seeing the value of video documentation. Some legislators have vowed to require officers to wear the cameras.

But there remain many unclear policy and legal issues about how exactly the cameras should be used and the video managed. Those questions include whether video should be recorded when an officer is on private property, as well as if the videos should be subject to disclosure under open-records laws and how long the video should be retained as a record.

The Tampa Police Department is in the process of equipping 60 of its officers with Taser International’s Axon Flex cameras, the Tampa Bay Times reported. Taser, better known for its stun guns, has a five-year, $287,220 contract with the city, which intends to eventually have cameras on all of its 750 patrol officers.

Tampa plans to address many of these issues internally through the development of a standard operating procedure. Likewise, Buncombe County is adopting self-imposed rules on video retention: Video of extraordinary incidents, such as a police-involved shooting, will be automatically saved, and all other video will be deleted after about 45 days.

“The only pushback that we’ve gotten from the public is, ‘Yes, we want you guys to have cameras. But, if you respond to a call at my house and you turn [the camera] on, I don’t want somebody to be able to get [the video] through a public-information request,’” Buncombe County Sheriff Van Duncan told IWCE’s Urgent Communications in an earlier interview.

“A lot of the real issues around the camera are not around the use of the camera but the logistics of how long you keep the video, retention schedules, what’s a public document, who’s going to administratively go in and decide what videos we keep and what videos we get rid of after 30 days, because you’ve got a big storage issue, as well.”

In some areas, such as Duluth Minn., where officials are fighting to keep private a video of a police shooting, it may be the legislature that winds up tackling some of these questions.

Leaders of the American Civil Liberties Union also question in a recent op-ed piece in The Seattle Times whether the use of body-worn cameras in law enforcement create more problems than they resolve. The cameras offer a limited vantage point—it is only the officer’s point of view—and typically are turned on and off at the officer’s discretion. The ACLU endorses an “always-on policy” for the law enforcement.

“To date, no police department in (the state of Washington) has proposed policies or guidelines that adequately address the many concerns raised by body cameras,” ACLU Executive Director Kathleen Taylor and Technology and Liberty Director Jared Friend wrote in the opinion piece. “Before adopting body cameras as a fix for police misconduct, let’s consider very carefully what the devices are going to do for us, and to us.”