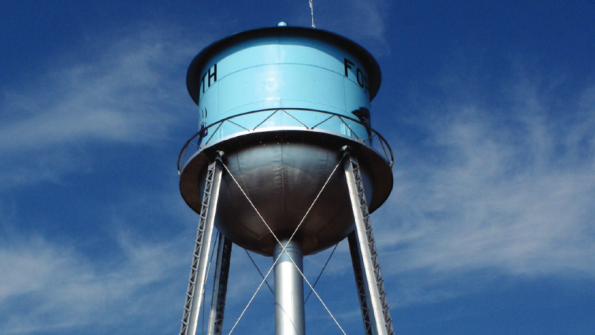 Water privatization: Is it a wash?

Many cities across the U.S. and the globe have "remunicipalized" their water supplies, taking back control from private entities.

Since 2003, numerous U.S. municipalities, including Atlanta, Indianapolis and others have reclaimed control of their water supplies, ending less-than-favorable public private partnerships (PPPs).

According to a new report released by Corporate Accountability International and the Public Services International Research Unit, titled Troubled Waters: Misleading industry PR and the case for public water, 33 cities have remunicipalized (or taken back control of) their water systems – five in the past year. In 2014, 10 more have set the legal wheels in motion to regain control. Globally, the number of cities remunicipalizing water exceeds 100.

In many cases, the report claims, cities globally have saved millions by reclaiming water supplies. For example, Paris, France, saved $46 million in the first year after terminating its contract with private water companies Veolia and Suez.

“This report exposes what many communities across the country have learned the hard way: when you invite the private water industry into the picture, you jeopardize public health, affordable water, and the sustainability of your water system,” Erin McNally-Diaz, director of Corporate Accountability International’s Public Water Works! Campaign said in a statement.

The report cities specific failed examples of public private partnerships between municipalities and water companies. In many New Jersey municipalities, Untied Water was criticized for failing to pay for critical infrastructure upgrades leading to increased costs, and in St. Louis, public opposition to questionable business practices caused Veolia to withdraw its bid for privatization.

And others are being cautious in light of the failures. Fort Worth, Texas and Redding, Calif., put water privatization proposals under careful scrutiny, and in doing so found they should continue with public operations.

However, in some instances partnerships with the private sector have worked well. Recently Rialto Water Services partnered with Rialto, Calif., to invest $41 million in capital improvements to the municipal water system, and the National Association of Water Companies says that over 2,000 communities across the nation are benefiting from similar arrangements.

The association recently praised a federal report, titled Public Private Partnerships: Balancing the Needs of the Public and Private Sectors to Finance the Nation’s Infrastructure, which found that when properly executed, PPPs can be an effective tool for maintaining overall infrastructure, including water systems, roads, bridges and maritime systems. However, the report warned that PPPs aren’t a “silver bullet.”

John J. Duncan Jr., leader of the U.S. House of Representatives Transportation and Infrastructure Committee’s Panel on PPPs, said although these arrangements cannot provide the sole solution to America’s growing infrastructure problems, they can offer significant benefits, particularly for expensive and complicated projects.

To read more ensuring the effectiveness of PPPs, read American City and County’s coverage here. Or to learn about some of the county’s most interesting PPPs, check out the gallery.