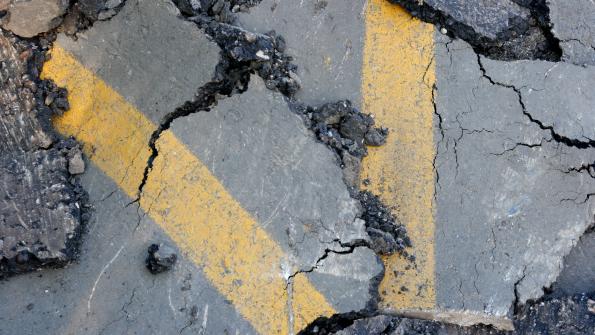 In a letter to Congress, state and local government groups urged federal lawmakers to work on a long-term solution to keep the Highway Trust Fund in the black.

State and local leadership groups including the National Association of Counties, The National League of Cities, The U.S. Conference of Mayors and the International City/County Management Association, recently urged congress to come up with a long-term solution to fix the Highway Trust Fund’s growing insolvency.

Last week President Obama warned that the funds in the trust would be completely used up by August 1, and that cities, counties states will start feeling the effects of that insolvency soon. According to The Washington Post, the fund’s depletion would put nearly 700,000 transportation-related jobs at risk.

The groups that drafted the letter to congress, which also included the National Governors Association, the National Conference of State Legislatures and The Council of State Governments, said leaving the trust unfunded creates unacceptable threats to the nation’s economic vitality.

“As the owners and operators of 97 percent of the nation’s interconnected surface transportation systems, state and local governments know that a long-term vision and funding certainty are best for our country’s infrastructure,” the letter reads. “Jobs, infrastructure projects and the safe and timely movement of freight are now at risk because of the impending insolvency of the HTF.”

One of the main reasons for the Trust’s insolvency is the dwindling revenue stream coming from the federal gasoline tax. This tax, which has not been tied to inflation, has not been raised since 1993, The Washington Post reports.

Yesterday, the House Ways and Means Committee released a bipartisan plan to provide federal funding for transportation projects through May 15, 2015, according to The New York Times. The solution would provide much needed funds, but it’s only a temporary fix.

“And while it doesn’t provide as much funding as I would like — enough to get through the end of next year — it does give Congress and the tax-writing committees ample time to consider a more long-term solution to the Highway Trust Fund,” the committee’s chairman, Dave Camp, (R-Mich.), said in a statement.

Work to pass the bill into law is planned for this Thursday, The New York Times reports.

Several long-term solutions have been proposed to fix the problem with the HTF. One, supported by Senators Harry Reid and Rand Paul, is to use the proceeds from repatriated corporate taxes to replenish the trust. Another idea, proposed by Speaker Boehner, is to cut back on mail delivery and allocate those savings to the trust, according to Businessweek. The U.S. Chamber of Commerce supports the idea of raising the fuel tax.