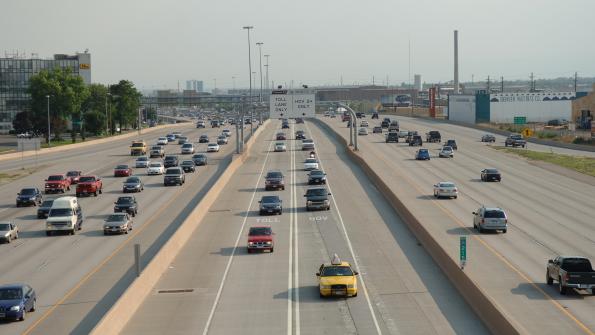 For whom the highways toll

The use of toll roads dates back as far as the birth of the nation, with the Philadelphia-Lancaster, Pa., Turnpike and the Great Western Turnpike in Albany, N.Y., both constructed in the late 1700s. But even as transportation infrastructure changes, technology evolves and funding methods shift, toll roads continue to be effective sources of transportation revenue.

One place this is especially true is Pennsylvania. Dubbed the nation’s first superhighway, the Pennsylvania Turnpike has been a consistent source of funding since its creation as part of Franklin Roosevelt’s New Deal in the mid 1930s.

Over the decades the turnpike has expanded, and today about 190 million people annually drive on its east-to-west main line, which stretches about 360 miles from Ohio to New Jersey. Carl DeFebo, the Pennsylvania Turnpike Commission’s director of public relations and marketing, says that to traverse the entire span costs a little less than $45 for those paying with cash, and a little over $30 for those using the electronic toll collection system, EZPass. According to DeFebo, even before the first mile was paved, the Turnpike’s two main objectives were to provide jobs and funding.

“The reason why toll roads and other paid lanes work,” DeFebo says, “is because they generate the revenue that you need to operate that road system.” The Turnpike is a prime example. Toll revenues generated by the roadway total more than $800 million per year, which pays for the operation and maintenance of the main turnpike system. “We’re totally self-sufficient,” DeFebo says.

But the funds generated don’t stop at the turnpike. “Beyond that, we also help support our DOT,” DeFebo says. “The Pennsylvania Turnpike Commission, since 2007, has transferred billions of dollars to the DOT to help address the transportation funding shortfall.” DeFebo says the turnpike has provided PennDOT with $450 million annually since 2010, and even more during ’07, ’08 and ’09.

As a concept, DeFebo says tolling will become more important in the coming years, as the existing revenue model for the highway building industry is problematic. “We basically have this 1950s model of the gasoline tax that’s kind of outdated,” he says.

As energy efficiency becomes increasingly important, with more fuel-efficient cars and people driving less, DeFebo says, “the existing [gas tax] model – eventually we’re going to wipe it out. We need a different model of funding our highways.” He argues tolls are a more equitable funding source than a tax, as they are essentially user fees.

While the Pennsylvania Turnpike’s cash collections are a tried and true method, some agencies are foregoing cash collections in favor of high-tech tolling solutions. “Managed lanes” have receivers along a roadway that read radio transponders in the cars that pass. Tolls are calculated by vehicle miles traveled as well as time of use, and directly pulled from a driver’s bank account.

Due to technological advancements lowering the costs of such transponders and readers, several cities, including Seattle, San Diego, Houston, Minneapolis, Miami, Salt Lake City and Atlanta are looking to managed lanes for new sources of revenue. “I think you’re going to start seeing more and more of those springing up across the United States,” DeFebo says. 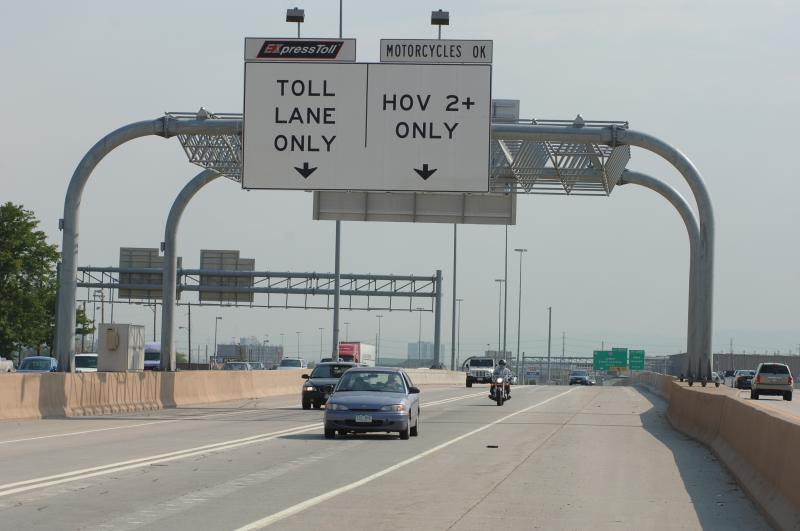 The I-25 HOV Express lane in Colorado just outside of downtown Denver is one such example. At about seven miles long, the lane runs south of U.S. 35 into the downtown area. Separated from the rest of the highway by a barrier, the reversible lane runs inbound in the morning and outbound in the afternoon and evening, Kari Grant, a specialist at the Colorado High-Performance Transportation Enterprise, says.

Originally, the express lane was built to facilitate commuter buses from the suburbs to downtown, Grant says. Through capacity studies in the early 2000s, it was discovered the corridor could handle high occupancy vehicle (HOV) traffic as well as buses. After HOV traffic was accepted, general traffic levels still remained, and the decision was made to implement a cashless tolling system for the lanes.

A variable toll lane, the highest price to use the express lane is $4, and the lowest is 50 cents, depending on the time of day, Grant says. These prices are for users of the state’s transponder system, ExpressToll. Costs are slightly higher for those who use the state’s license plate billing system, where automated cameras photograph a driver’s plates and send a bill in the mail. HOVs currently ride free.

“About 25 percent use transponders, about 10 percent use the license plate toll, and the remaining 65 percent is HOV traffic,” Grant says.

Annually, the express lanes generate about $2.6 million. “Funds go towards the operations and maintenance of the lanes, of course,” says Grant, who adds that, due to the lane’s popularity, “[it is] actually generating excess revenue.” Excesses are dedicated to the corridor – specifically to build a second managed lane on U.S. 36.

“It’s currently under construction,” Grant says. “It goes from Pecos, which is near Denver, all the way into Boulder.”

The new lane will be similar to the I-25 Express, including bus rapid transit, HOV and toll lanes. The first phase of the project will open in the spring of 2016. Phase two will come shortly thereafter.

Moving forward with new projects, Colorado’s electronic tolling agencies are looking to become interoperable with neighboring Utah. This is part of a herculean undertaking to create a nation-wide, universal electronic tolling system by 2016.

A provision of MAP 21, the Federal Highway Administration’s first long-term highway authorization act since 2005, stated that a system of interoperable tolls “will be in place by 2016.” This means that over 100 individual tolling agencies across the country will have to work together as one system in the next two years. Somehow.

“That’s about all [the bill] says,” Neil Gray, director of government affairs for the International Bridge, Tunnel and Turnpike Association laughs. But he adds the vagueness of the legislation’s language is simultaneously a blessing and a curse. One of the main benefits is that it allows the tolling agencies “on the ground,” to decide on the policies they have direct experience with, rather than having mandates coming down from federal entities with little experience in the ins and outs of the business of tolling.

And there are quite a few of these entities that will need to get on the same page in the next few years. “There are about six or seven different ‘flavors’ of transponders in use in the country,” Gray explains. He says the main service is EZPass, which is in use from Maine to North Carolina.

Others include SunPass in Florida, PeachPass in Georgia and TxTag in Texas. A lot of these “kingdoms” are technologically incompatible with each other, says Gray, but the bigger issues in ensuring their interoperability have to do with business agreements between agencies. There are around 115 tolling entities across 35 states, Gray says.

“Logically, if you were to pick a national tag, you would go with EZPass. It has the biggest footprint, you should probably just go with them,” says Gray. “But from a political standpoint, effectively you would be saying [to non-EZPass states] ‘You have to trash your systems and buy all new.’”

Clearly, purchasing and distributing millions of new tags would be a problem financially, especially without any federal funding, Gray says. “The logistics of it, the PR nightmares associated with it… it makes for a complicated issue.”

Gray says that what started out as a declarative, “thou shalt do this” statement from Washington quickly revealed itself to be more complicated than anticipated. So what’s the answer?

The best way to move forward, Gray says, is to encourage the manufacturing of so-called “super tags,” or transponders with the capability to be nationally interoperable. The technology is already available to do this, but third party vendors have not yet begun to manufacture such tags.

Once available, local tolling agencies should be encouraged to provide the tags on top of their current tag systems. As individual, isolated systems age, they can slowly be phased out. North Carolina is already doing something like this, says Gray, by offering one tag that is only good in North Carolina, as well as an EZPass tag.

And while progress is being made, the 2016 deadline may be a little ambitious, says Gray. “From an ideal standpoint, you would give this 10 or 15 years.” But  he says many states are already moving in this direction organically. “Kansas and Oklahoma just announced that they will be interoperable within the next six months,” says Gray. “We’re just doing our best to spur [that organic growth] along.”

To learn more about the challenges facing toll road interoperability, watch the interview with Pat Jones, the IBTTA’s executive director and CEO below.