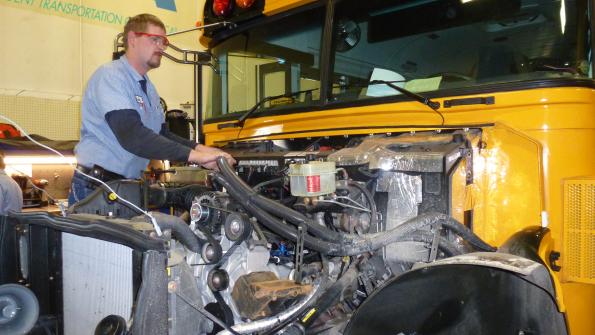 Municipal authorities across the country are embracing the environmentally-friendly cost savings of alternative fuel vehicles.

For cities and counties across the country, alternative fuel vehicles, including those using propane, compressed natural gas and electricity, are helping cut down on harmful emissions as well as costs.

The Worcester Regional Transit Authority (WRTA), which operates a fleet of buses just outside of Boston, announced last Thursday it will begin using six all-electric, no-emission buses on some routes, according to local paper, The Telegram and Gazette. The WRTA currently has a fleet of 51 buses, including six electric, 16 diesel-electric hybrid buses and 29 clean diesel vehicles, serving 28 fixed routes in Worcester and 12 surrounding communities.

Each of the new electric buses is expected to reduce more than 130 tons of carbon dioxide emissions per year, and reduce operating costs by nearly $3 million over 12 years, according to The Telegram and Gazette. The six busses together cost approximately $7 million, using federal funds and matching state funds from the Massachusetts Department of Transportation, according to BostInno, an online Boston news source.

“We are committed to using innovative strategies to reduce greenhouse gas emissions, bolster our energy independence and grow our clean energy economy,” Massachusetts Gov. Deval Patrick said in a statement. “The WRTA’s new fleet is an example of how we are accelerating the adoption of cleaner vehicles throughout Massachusetts to reduce harmful pollutants and promote a more sustainable environment for future generations.”

Pennsylvania, too, has moved forward in utilizing alternative fuels. As part of the Pennsylvania Department of Environmental Protections Act 13 fund, Pennsylvania Governor Tom Corbett awarded $7.7 million in total funding to 25 companies and organizations in the state to convert heavy-duty fleet vehicles to run on compressed natural gas (CNG).

CNG is increasingly used as an alterative fuel as the costs of gasoline and diesel continue to rise, according to FirstCNG, a natural gas vehicle supplier. CNG burns clean, minimizing wear and tear on engine components, and produces up to 95 percent less carbon monoxide compared to traditional fuels.

“Natural gas, particularly from the shale formations here in Pennsylvania, is an abundant, affordable, domestic fuel that is putting this country on a path to energy independence,” Corbett said in a statement.

Other organizations were recently recognized by the Propane Education & Research Council (PERC) for the advancement and promotion of another alternative fuel, propane autogas, through the use of grants, rating programs and community outreach at PERC’s annual Energy Independence Summit. Those recognized were the Alabama Clean Fuels Coalition, the Greater Indiana Clean Cities Coalition, Clean Fuels Ohio, Dallas-Fort Worth Clean Cities and Virginia Clean Cities.