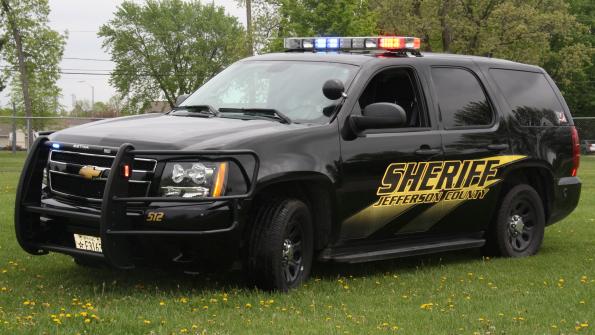 “Alternative energy” usually brings to mind images of vast solar panel arrays and slowly spinning wind turbines—rarely is propane, the gas that heats up backyard barbeques, included in the list.

But maybe it should be.

The Jefferson County, Wis., Sheriff’s Department has been using propane autogas, the name given to propane used as automotive fuel, for nearly 30 years. Jefferson County Sheriff Paul Milbrath has no complaints.

“If you’re looking at long-term savings and long-term environmental returns, it doesn’t get better,” he said.

After switching to save money on gasoline storage fees in the 1970s, Milbrath estimates the department now saves around $200,000 a year by running the fleet on propane. The numbers, Milbrath feels, speak for themselves.

The cost of converting a cruiser to bi-fuel (running both gasoline and propane), is around $7,000, according to Milbrath. With federal rebates, propane costs about 56 cents per gallon. With a savings of approximately two dollars per gallon on fuel, Milbrath estimates the initial cost of conversion is recovered after 3,500 gallons.

“In economic times like this, governments need to be on the cutting edge of saving money,” he said, adding, “Going green, for me, also means how much green is left in my budget.”

When asked why he thought other departments have not yet embraced propane, Milbrath suggested that people are simply hesitant to change. “It may be because they’ve just never done it before,” he said.

Initial start up costs may also be a factor, but Milbrath reiterated how quickly propane systems pay for themselves and said that, with federal Clean City Grants available, “there is a lot of money out there for people looking to switch to propane.”

“I really believe in this program,” Milbrath stated. “If you are pro-savings or pro-environment, this is a way to be both.”

Omaha, Neb., will also soon be adding propane to its school bus fleet.

Ron Halley, vice president of Student Transportation of America (STA), the organization contracted to provide two Omaha school districts with 534 school buses, feels the use of autogas is a step in the right direction financially and environmentally. 435 of Omaha’s new busses will be powered by propane.

As a nation, “we are a little behind the times when it comes to the use of propane,” said Halley. He explained that more than 17 million vehicles worldwide run on propane, and globally, it is the third most popular fuel behind gasoline and diesel.

“It is readily available, the price is stable and the technology [for its use] is already there,” he said.  “It burns hot, it burns clean, and drastically reduces emissions.”

The reduction of emission is important to Halley, who related that buses provided by STA transport 600,000 children a day.

“You have to understand what works – what your customers want, and for our needs, propane is a very good choice,” Halley said.

Columbus, Ohio, is also gassing up with propane. Last winter Columbus added 14 propane vapor-fueled mowers to its fleet, which started mowing in April.

As part of Columbus’ greater Green Fleet Action Plan, the mowers fit in with the city’s push to “reduce emissions, reduce dependency on petroleum and lead by example,” according to Bill Burns, fleet operations manager.

Burns said that since propane burns cleaner and safer than fossil fuels, it was a natural choice for their green initiative.

While in the bidding processes for the new mowers, Burns learned of the Propane Education and Research Council’s (PERC) Propane Mower Incentive Program, which offers a $1,000 rebate for propane-fueled mowers.

Burns said the city put out a service bid for a propane provider to supply the gas and necessary equipment to run its mowers. With the price of the equipment factored into the price per gallon of fuel, Burns reported he was paying $2.32 per gallon, compared to the approximate $3.50 per gallon of gasoline in Columbus.

“Propane is cheaper and cleaner. We don’t have to worry about pilferage or evaporation. It’s safer for our operators, and for our citizens,” Burns said.

Other cities experimenting with propane include Portland Ore., which runs nearly 80 percent of its school buses on autogas. Dallas, Texas, runs eight propane-fueled mowers with an on-site propane refueling station. Flint, Mich., has the largest propane autogas-fueled public transit system for paratransit in the nation according to PERC.