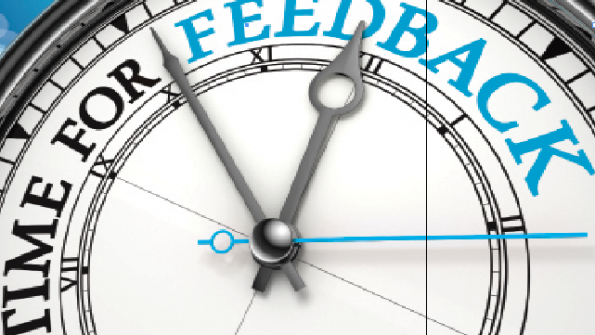 The results of the latest IT survey are in based on responses to questions about spending and new trends, including cloud computing, app development and mobile device ownership and use.

American City & County and the Public Technology Institute conducted its fourth annual survey, polling a broad base of subscribers to determine the state of IT among local and state governments across the nation. This year’s survey yielded more than 500 responses, with 67.1 percent coming from municipalities and 24.4 percent from counties. The remaining responses (8.5 percent) were mainly from special districts and state governments.

More than 82 percent of the respondents say their IT spending for 2014 will either remain the same or increase from 2013 – a welcome trend since last year the answer to the same question was 79 percent. Of those who say that IT spending will be the same or higher, 8.6 percent (compared with last year’s 4.2 percent) indicate that their spending will be significantly higher. Only 8.3 percent (compared with last year’s 14 percent) expected their IT budget to be lower than last year. In 2011, 18 percent of responders expected their IT budgets to be lower.

This year’s responses concerning budgets are consistent with the last few years of research, and the good news is that the economy, though fragile, still is showing signs of steady but slow improvement. In addition to being encouraging news to other local and state governments, the response continues to indicate that most of the decline in spending already has hit bottom and is now trending upwards.

Increased spending across the board
It is often assumed that public safety gets the most budget support in downturn cycles, but once again the latest IT survey tells a different story.

Note that public safety operations’ ranking can be misleading because those departments often receive special funding through state and federal grants and contracts, giving the impression of a disproportionate amount of funding from traditional budget sources.

Still, the important message is that spending is up overall, with increases in general infrastructure, public safety and public works, in addition to an across-the-board increase. Confirming this trend, the 2013 Deltek/PTI Survey showed similar optimism in IT spending compared to previous years.

Cloud computing remains one of the top areas of interest in IT management. The number of cloud success stories has increased in the past few years, in part because uses for the cloud continue to develop and expand. Also, real-world public and private sector experiences show that cloud computing has few downsides (security issues, for example). The cloud also has become more attractive because of extreme budget pressures and the same or fewer staff members.

As in previous years, the latest study focused on cloud computing use: “Has your organization discussed or evaluated cloud services or migrated some of your IT services to the cloud in the past 12 months?”

The percentage of those evaluating or discussing cloud migration slightly increased to 51.8 percent this year compared to last year’s 49 percent response. This year, 33.4 percent of respondents reported “No,” similar to last years’ 35 percent. The remaining respondents, 14.8 percent, say they were not certain if their organization was considering using the cloud (compared with 16 percent last year). Overall the past four years of results have shown a slow but steady upward trend.

In addition, this year’s survey shows a much greater interest in cloud computing when compared to a similar question PTI asked a few years ago.

Many respondents say they are working on alternative solutions, including stipend and reimbursement plans as well as developing bring-your-own-device (BYOD) policies to address some of the mobility issues.

One recent PTI study also notes that localities are supplying mobile devices to select employees (74.1 versus 76.3 percent the previous year). Respondents also say workers prefer carrying one device, rather than the agency’s device plus an additional, personal unit.

Telework has been another hot topic as the mobile workforce grows. While local and state governments are not included in the Federal mandate to develop such programs, interest in such programs remain. Despite that interest, even fewer respondents say their agency did not allow telework (76.7 percent compared to last year’s 70.8 percent).

Though responses noted that more employees have smart phones and access to broadband than in previous years, about the same percentage of respondents did not predict a change in their telework policy.

As a confirmation of this trend, PTI continues to hear that many public managers have expressed concern about implementing a formal telework program. The reasons offered focus primarily on inadequate polices, lack of consistent or robust broadband service, fear that telework employees may not be properly monitored, and difficulty in determining who might be the best candidates for telework. Most say that, given the obstacles, they would rather simply stay out of this area as opposed to picking and choosing.

How apps are evolving
The term “consumerization of technology” has been used to describe some powerful mobile devices with amazing functionality. The growth of smart phones in the general public continues to increase by more than 30 percent a year. The trend toward greater tablet use is equally dramatic.

With the rapid growth in mobile devices, many localities are building, purchasing or using mobile applications (or simply “apps”) to better connect with residents. For those respondents to our survey who offer mobile apps, 63.1 percent (as compared to last year’s 61.3 percent) say apps are being used for reporting infrastructure problems, followed by 52.9 percent – up from last year’s 48.6 percent – to access city hall. Other categories of apps include traffic updates, zoning and land use, transit schedules and routes and economic development.

When asked if they have not developed mobile apps but were they were planning to, 49.8 percent of respondents say “Yes” or “Maybe,” compared with last year’s 55.7 percent. Nearly 24 percent say they were not sure. (Note that purchasing an app from a third party was not one of the choices.)

The consumerization of technology is likely to affect local governments as employees and the general public use more sophisticated mobile devices. When asked if this trend would likely lead to either greater decentralization or centralization of IT services, 50.8 percent (as compared with 48 percent last year) of the respondents think things would stay about the same, with the rest being split between decentralization versus centralization.

The survey asked if the government’s IT spending was ultimately considered either an investment, spending to achieve greater efficiencies or a necessary expense. Because respondents could check all answers that applied, about 66 percent say that IT is ultimately considered a necessary expense; 62 percent say IT helps achieve greater efficiencies, and about 43 percent say they viewed IT spending as saving money in the longer term. There was little significant difference between sampling years.

With several interesting key findings, including that IT spending is not declining for the majority of respondents, Tech Trends 2014 has helped establish a new baseline for continued study.

Certainly between the continuing adoption of cloud-based solutions along with the growth of smarter mobile devices, it will be interesting to follow the development of IT governance at the local and state levels of government.

IT trends in three broad trends will emerge in 2014:

Human Resources
Millions of well-qualified baby boomers will retire, taking invaluable information, situational awareness and knowledge with them. Because so many local governments have been working with fewer staff because of a series of recessions in the last decade, few had the time or forethought to develop succession plans or lay the groundwork for grooming the next generation of IT managers. To make matters worse, working in the public sector will be perceived as less desirable to some because the once-generous benefits plans have been replaced with more Spartan offerings. In addition, IT professionals can command a higher salary in the private sector, which is especially true with an economic recovery.

However, staffing issues may actually lead to some innovative opportunities. First, those who are retiring may be willing to work part time. Second, it may be possible to hire an IT firm in the area that could perform critical or noncritical tasks under contract. Third, neighboring cities and counties may want to share staff as well as physical resources.

Digital Infrastructure
Local governments must save multitudes of data, and with increased video interactions, massive amounts of additional storage will be required. Data storage and retrieval will increase demand on networks and without regularly updating the digital infrastructure, IT equipment will ultimately fail.

Today’s governments depend heavily on technology to provide services, and that will only increase over time. With top-level managerial skills and an infrastructure running at peak performance, governments can keep pace with increasing demands and fewer resources.

IT and Governance
The increasing use of smart devices by businesses and residents will continue to change the way local governments must interface with this technology to solve problems and provide services. That will increase pressure on those governments to create or purchase more apps and update existing call centers and websites that deal with business and residential issues.

Internally, many localities continue to struggle with mobility issues, including developing a “bring-your own device” (BYOD) policy. Using mobile devices in the field increases productivity and saves money, so no matter who owns the device, governments cannot avoid  advancements in the mobility area.

Also, city and county managers remain challenged when hiring an IT Director or Chief Information Officer (CIO). They have no problem identifying and hiring a replacement for a new police chief, but the technology executive remains more of a mystery. Worse, when one is hired, he or she is not often invested with strategic decision-making authority.

For example, the top technology person may be the lead network person who keeps all systems operating or an executive-level team member who is always seeking ways to see how technology can best align with and support the various business processes/operations throughout the city or county. Remember, technology continues to move quickly and affects the way government does business and communicates with its residents.

Alan Shark is executive director and CEO of Public Technology Institute and Associate Professor of Practice at Rutgers University School of Public Affairs and Administration.