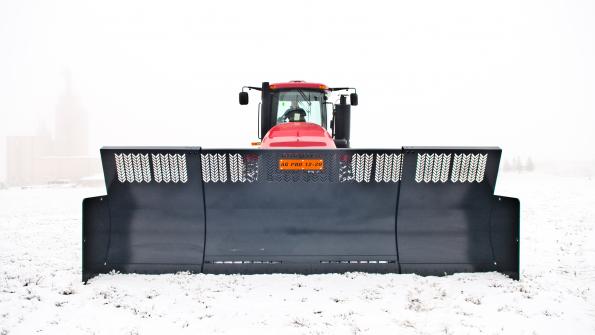 The high costs of winter weather

Severe weather this winter has already cost municipalities millions, and meteorologists are saying there may be more storms on the way.

A severe start to the 2013-14 winter season has already cost many municipalities millions, and meteorologists warn many cities may be in for more winter storms in the coming months.

According to Accuweather materials, so far this season, Pittsburgh has been hit the hardest, seeing 30 inches of snowfall as of Jan. 8. Pittsburgh is followed by Boston, with 26.8 inches, Philadelphia with 20.2 inches and New York City with 15 inches.

The Pennsylvania Department of Transportation (PennDOT) couldn’t give accurate figures of how much has been spent on winter weather cleanup, but according to Accuweather, the state has a winter maintenance budget of $189 million. Last year, the state DOT spent more than $195 million.

“If winter operations go over budget, it will be forced to borrow from funds set aside for spring maintenance,” Erin Waters-Trasatt, PennDOT spokesperson, told Accuweather.

As of Dec. 27, PennDOT had used 331,000 tons of road-clearing salt, almost double the department’s five-year average of 188,000 tons by the same date, Accuweather reports.

"At this same time last winter, which was the most costly winter on record [$95 million], we spent only $8 million. The five-year average through Dec. 26 is $11.5 million," Sproul said.

And these regions may be in for much of the same. The Weather Channel forecasts the remainder winter to bring extended cold temperatures for the Northeastern and Southeastern U.S., with the Northwest seeing variable temperatures and the Southwest experiencing a relatively mild season.

The costs of severe weather aren’t only measured in road clearing projects – loss of productivity is an oft-overlooked economic drain caused by winter storms. The Guardian reports the recent “polar vortex,” which plummeted much of the nation into a deep-freeze in early January, cost around $5 billion.

Evan Gold, senior vice president at Planalytics, a business weather intelligence company located in Philadelphia, estimated the economic impact of the freeze was so severe because of its scope – affecting some 200 million people. Gold told The Guardian “There’s a lot of economic activity that didn’t happen,” adding, “Some of that will be made up, but some of it just gets lost.”

To learn more about the innovative measures some states are taking to combat winter weather, keep an eye out for American City & County’s coverage in the upcoming February Issues and Trends section.