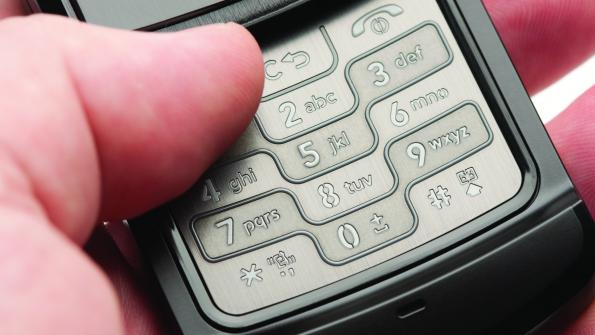 Illinois bans cellphones for drivers, holds off on enforcement

Law enforcement officers across the state are giving drivers a grace period to adjust to the new ban on cellphone usage.

Sheriffs departments across Illinois are saying some officers are holding off on enforcing the state’s new ban on cellphone use while driving.

Under the new law, which went into effect Jan. 1, anyone caught using a cellphone while driving can be subject to fines starting at $75 dollars, but those speaking on a hands-free device, such as a Bluetooth headset, are still in the clear. According to The Quad City Times, Illinois is one of 12 states banning the use of handheld devices while driving.

But several law enforcement agencies across the state aren’t imposing fines. “Preferably for the next couple of months, what I'd like to see is more written warnings and educating along the way," Bill Hotwick, Macon County, Ill., patrol commander, told The Quad City Times.

Marion, Ill., Assistant Police Chief Daniel Byrne told The Quad City Times his officers usually give drivers a grace period when new laws, such as the cellphone ban, go into effect. “We leave it up to officer discretion,” he said. “I know most of our officers are probably going to be issuing warnings for now.”   That isn’t to say distracted drivers are in the clear – Byrne added, “If you have a person who gets agitated and mouthy because they got caught, an officer’s probably more likely to issue a ticket.”

The Chicago Tribune reports many municipalities across Illinois previously enacted their own cellphone bans, creating a patchwork of legislation across the state. The statewide ban eliminates the confusion.

Proponents of the ban say it will make streets safer by limiting driver distraction, according to The Chicago Tribune. Opponents argued that it should be up to the motorists what is considered distracting.   "The evidence out there that talking on a hands-free phone is less dangerous than putting on your lipstick or eating a cheeseburger or admonishing your kids in the back seat is unclear at best," Sen. Dale Righter (R), who voted against the bill, told The Chicago Tribune.

But, the law stands. Illinois drivers will need to hang up, or face the consequences, even if those consequences are temporarily light. "It's a change in behavior that we are all going to have to get used to," state Sen. John Mulroe (D-Chicago), who sponsored the measure, told The Chicago Tribune. "But it wasn't too long ago that we didn't even have cellphones, so this might actually make your life a little more enjoyable. Hang up, and enjoy the ride."