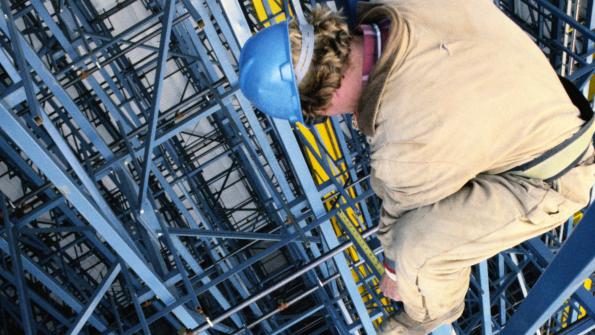 After 40 years of work, Water Tunnel No. 3 will provide redundancy for the city’s water supply, increasing water security.

After decades of work, New York City has finally opened the floodgates on Water Tunnel No. 3 – an infrastructure project that will strengthen the city’s water security. The tunnel took over 40 years to build and is the largest capital construction project in the city’s history.

New York Mayor Michael Bloomberg, on Oct. 16, turned the spigot, allowing 350 million gallons of water to flow through the Manhattan section of the pipeline, according to The New York Daily News. When fully completed in 2021, the tunnel will be more than 60 miles long.

“[The project] is not sexy,” Bloomberg said during a press conference, “And nobody says thank you.” But according to The New York Times, Bloomberg understands the importance of keeping water infrastructure healthy. “When I came into office, I asked, ‘What could literally close down this city?’ And a water tunnel failure would really have done that.”

New York City relies on Water Tunnels No. 1 and 2 for the majority of its drinking water. These tunnels were put into service in 1917 and 1936, respectively. According to the NYC Department of Environmental Protection (DEP), Water Tunnel No. 3 will provide the city with redundancy, and will allow the DEP to shut down and repair No. 1 and 2 for the first time in those tunnels’ history.

The city has committed $4.7 billion to the project, to date, according to The New York Times. Since tunneling first began in the early 1970’s, there have been interruptions along the way. Construction had to be halted several times due to lack of funding and mayors whose interest in the project waxed and waned. The deaths of 24 workers throughout the decades also stymied progress and tainted public opinion of the project.

The tunnel now connects the Hillview Reservoir in Yonkers, N.Y., to the Bronx. It snakes down through Upper Manhattan to Centeral Park where it doglegs out to Queens and will eventually connect Queens to the western edge of Brooklyn, according to The New York Times.

Bloomberg said, “Until today, if there was ever a major failure of Water Tunnel No. 1, the potential for public safety consequences in Manhattan could have been really grim,” according to The New York Daily News.