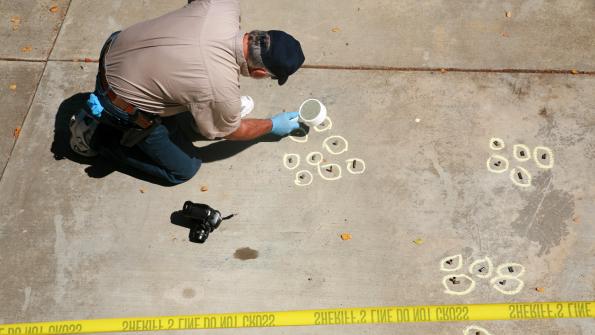 Chicago is officially the murder capital of America, according to new FBI crime data.

The FBI statistics, released earlier this month, tracked violent and property crime numbers across the country during 2012. The numbers indicated Chicago has now surpassed New York as the city with the most murders, even though Chicago has only a third of New York’s population, according to a Fox News report.

However, according to a Fox News report, on a per-capita basis, the FBI indicated Flint, Mich., as being the most dangerous city in the country. 63 murders were reported in the city of 101,558 in 2012, meaning one in every 1,613 residents was murdered.  15 cities reported more than 100 murders in 2012, according to Fox News, in addition to Chicago and New York. They include:

It is estimated that the number of violent crimes in the country increased by 0.7 percent in 2012 according to the FBI’s materials. However, property crimes decreased 0.9 percent, making it the 10th straight year of declining numbers in that category.

Overall, there were an estimated 1,214,462 violent crimes in America in 2012. Violent crimes are defined as murder, non-negligent manslaughter, forcible rape and aggravated assault. All three of these categories increased since 2011 – 1.1 percent, 0.2 percent and 1.1 percent, respectively. Robberies, however, declined by 0.1 percent.

There were 8,975,438 property crimes nationwide in 2012, according to the FBI’s data. Burglaries declined by 3.7 percent since 2011, but larceny thefts remained unchanged. Motor vehicle theft increased by 0.6 percent. 2012 victims of property crimes suffered estimated losses of $15.5 billion.