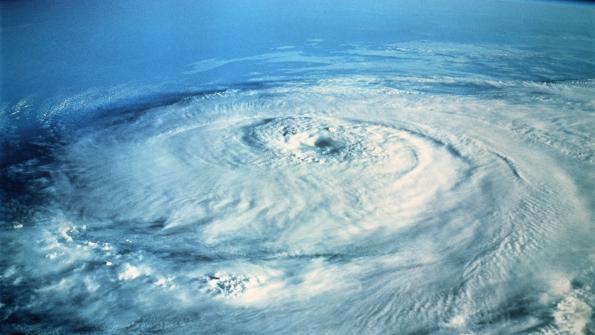 Climate change is threatening coastal cities across the globe. An international panel of UN-sponsored scientists released a report in which they predict sea levels could rise up to three feet in the next 100 years, meaning certain doom for some of our nation’s landmarks.

14 U.S. cities may be destroyed within the next century due to rising sea levels.

The Intergovernmental Panel on Climate Change (IPCC), established by the United Nations Environment Program in 1988 and including members from 195 countries, released the report. The report states that human activity is the cause for most of the temperature increases in the past decades, according to The New York Times. The panel found that if climate change continues at its current rate, the sea could rise up to three feet within the next 100 years, thus wreaking havoc on America’s coastal cities.

“It is extremely likely that human influence on climate caused more than half of the observed increase in global average surface temperature from 1951 to 2010,” the panel found, according to The New York Times. “There is a high confidence that this has warmed the ocean, melted snow and ice, raised global mean sea level and changed some climate extremes in the second half of the 20th century.”

However, not everyone agrees. On Monday, U.S. Rep. Todd Rokita, (R-Ind.) told visitors at a Lebanon, Ind., town hall meeting that the jury is still out on man-made climate change. “I think it’s arrogant that we think as people that we can somehow change the climate of the whole earth when science is telling us that there’s a cycle to all this,” he said, according to local paper The Exponent. “And that cycle was occurring before the industrial revolution, and I suspect will occur way into the future.”

The report found that carbon dioxide, the main greenhouse gas, is up 41 percent since the industrial revolution. According to The New York Times, if that amount doubles, which many experts agree is likely to happen within decades, temperatures could increase anywhere from 2.7 to 5 degrees Fahrenheit, globally.

While averages such as temperature can be predicted with relative accuracy on a global scale, the panel reiterated a difficulty climate change scientists have experienced for years – changes still cannot be reliably forecast on a local scale, leaving governments and businesses at a loss as to how to plan for the future, according to The New York Times.

Scientists from the panel warn that such an increase could lead to melting of land ice, extreme heat waves, difficulty growing food and extreme changes in plant and animal life – including a new wave of extinctions.

A different study, released by the Nature Publishing Group, projected that if floodwaters were to rise 15.75 inches by 2050, losses from flooding in 136 of the world's largest global cities could approach $1 trillion, annually.

The IPCC’s full assessment will be released in four parts between September 2013 and November 2014 and can be viewed at the IPCC website.