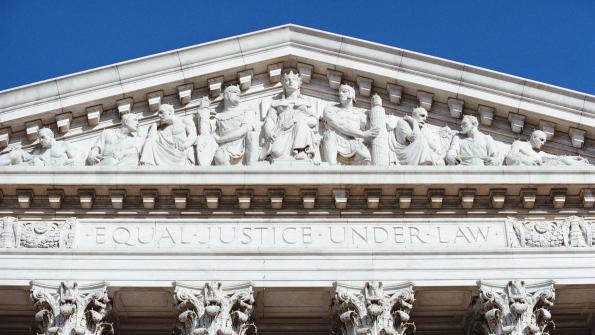 New York City’s “stop-and-frisk” policy, which city leaders tout as a major force in crime reduction, was ruled unconstitutional on the grounds that it disproportionately affects the city’s minorities.

New York City’s controversial “stop-and-frisk” policy – where police officers stop, question and physically check people for weapons or contraband – was ruled unconstitutional by a federal judge on the grounds that it violates the rights of minorities. The judge, Shira Scheindlin, found that the New York Police Department used a “policy of indirect racial profiling,” with officers routinely stopping “blacks and Hispanics who would not have been stopped if they were white,” according to the New York Times.

Judge Scheindlin’s 195-page decision concluded that the stops, which have grown over the past 10 years, demonstrate the NYPD’s widespread disregard of the Fourth Amendment, which protects individuals from unreasonable searchers and seizures, as well as the 14th Amendment’s equal protection clause, the Times reports. In 2012, the police stopped-and-frisked 532,911 people.

The NYPD denies the judge’s assertions, and city officials say New York’s successful reduction in crime rates is a direct result of the policy, according to the Times. Murders and other major crimes are at an all time low in the city, and the NYPD says stop-and-frisk practices have saved untold numbers of lives by removing thousands of guns from the streets.

According to the New York Civil Liberties Union, stop-and-frisk encounters have increased 600 percent under Mayor Bloomberg and Police Commissioner Raymond Kelly. Of those stopped from 2002 to 2011, 55 percent were black, 32 percent were Latino and 10 percent were white. 89 percent were neither issued a citation nor arrested. Guns were found in .2 percent of these encounters.

Mayor Michael Bloomberg was not pleased with Scheindlin’s decision, according to the Times, and vowed to file an appeal. “You’re not going to see any change in the tactics overnight,” he says, adding he hopes the legal processes to reform the policy would extend beyond his administration because he “wouldn’t want to be responsible for a lot of people dying.”

Scheindlin said she was “not ordering an end to the practice of stop-and-frisk,” according to the Times. However, the judge recommended a number of reforms, including a federal monitor to oversee policy changes, a pilot program where officers from at least five precincts would wear cameras to record encounters with residents, as well as neighborhoods hosting forums where residents can voice their concerns.

In a press conference following the ruling, Bloomberg says the stop-and-frisk stats mirror the disproportionate percentages of crimes committed by minorities. “[Scheindlin] ignored the fact that stops match up with crime statistics,” he says, going on to express outrage over what he considered a witch-hunt. “The Department of Justice under presidents Clinton, Bush and Obama never – not once – found reason to investigate the NYPD. But one small group of advocates, and one judge, conducted their own investigation. And it was pretty clear from the start which way it would turn out,” Bloomberg says.

In her ruling, Scheindlin said that the percentage of individuals found innocent after stops by the NYPD is reason to adjust the program. “It is impermissible to subject all members of a racially defined group to heightened police enforcement because some members of that group are criminals,” according to the Times.