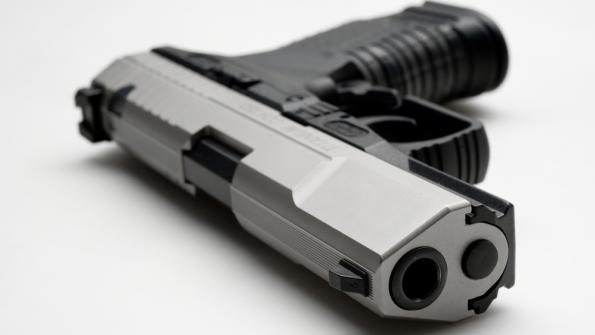 Florida House to hear “stand your ground” arguments this fall

The Florida House of Representatives will hold a subcommittee hearing this fall to address potential changes to the state’s controversial “stand your ground” law. The law has been disputed in the wake of the George Zimmerman trial verdict.

The Florida House of Representatives will hold a subcommittee hearing this fall to address potential changes to the state’s “stand your ground law.” It grants legal immunity to Floridians who defend themselves with deadly force without requiring them to retreat, if they believe their lives are in danger, according to CBS Miami.

The law was criticized following George Zimmerman’s acquittal in the 2012 shooting of Trayvon Martin, although Zimmerman’s legal team never used a “stand your ground” defense, according to CBS.

Matt Gaetz, Chairman of the House Criminal Justice Subcommittee, will chair the hearing, due in part to recent protests over the law’s application, according to CBS. One group, The Dream Defenders, staged a sit-in at Gov. Rick Scott’s office for nearly a month to demand a special legislative session to consider changes to the state’s self-defense laws, among other issues.

Despite the hearing, Gaetz says he won’t support any changes to the law. “I don’t intend to move one damn comma on the ‘stand your ground’ law,” he told CBS. “I’m fully supportive of the law as it’s written. I think any aberrational circumstances that have resulted are due to errors at the trial court level.”

“Our evaluation of its effectiveness should be guided by objective information, not by political expediency,” Weatherford wrote in an opinion piece published Friday in The Tampa Tribune. “Does the law keep the innocent safer? Is it being applied fairly? Are there ways we can make this law clearer and more understandable?”

On July 5, Tyrone Pierson, 17, killed 40-year-old Julius Jerome Jacobs July 5, and used the “Stand your ground” law to protect him from homicide charges. Jacobs attempted to hit Pierson with a large stick. Pierson drew a concealed handgun and shot Jacobs once in the head, according to the Ocala Star Banner.

"In that under the current law, Mr. Pierson had no duty to retreat, Mr. Jacobs' actions make Mr. Pierson immune from criminal prosecution for any murder charges stemming from the death of Mr. Jacobs," according to memo from the State’s Attorney’s office.

However, Jacobs’ family members were not happy with the verdict. “He’s [Pierson’s] getting away with murder,” a cousin of Jacobs told the Banner.