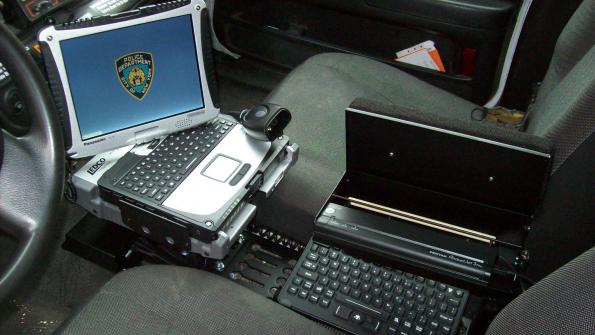 A recent investigation into the Department of Defense’s 1033 program found many rural law enforcement agencies have taken advantage of the surplus giveaway, stockpiling millions of dollars worth of high tech equipment they couldn’t possibly use.

Morven, Ga., is a small rural farming community with about 700 residents, but it has acquired nearly $4 million worth of equipment over the past 10 years from a Department of Defense (DOD) surplus stockpile. The bounty they’ve received includes three boats, scuba gear, a few dozen life vests and a rescue raft. The deepest body of water in Morven is an ankle deep creek, the Associated Press reports.

Like more than 13,000 law enforcement agencies across all 50 states, Morven used the 1033 program (a.k.a. the war-fighter to crime fighter program) to secure the equipment at little to no cost. While the program’s intent is to help curtail drug trafficking and counter terrorist threats, reports have indicated many rural agencies have abused it.

A recent AP investigation found the 1033 program to be understaffed and lack the oversight to ensure local law enforcement agencies use the system appropriately. The news agency “found a disproportionate share of the $4.2 billion worth of property distributed since 1990 has been obtained by police departments and sheriff's offices in rural areas with few officers and little crime.”

Rising Star, Texas, is another example of a town stockpiling equipment it couldn’t possibly use. Before being dismissed earlier this year for an unrelated matter, the police chief, who was the only full time law enforcement officer in the town of 835, received more than $3.2 million worth of property in a little over a year. “Items included nine televisions, 11 computers, three deep-fat fryers, two meat slicers, 22 large space heaters valued at $55,000 when new, a pool table, 25 sleeping bags and playground equipment,” according to the AP.

Rising Star was suspended from the program in March after several items in its inventory disappeared, according to the AP.

1033’s problems occur because of a lack of staff and funding at both the state and federal levels, according to the AP. State program coordinators and federal officials say they don’t have the manpower to conduct reviews. However, the federal office recently increased the number of staff members to 18 (from 9) and installed a new computer system to improve inventory tracking.

The program isn’t a total free-for-all. A report in the Maine Sun Journal revealed Law enforcement agencies in Maine have used the program responsibly. The paper reports the majority of the 120 state law enforcement agencies participating in the program have made minor requests totaling in the thousands of dollars. The most active in the program, Caribou, Maine, has requested $1.6 million worth of equipment over the years. According to state program liaison and Scarborough, Maine police officer John Gil, Caribou has utilized the program exactly as it was designed.

The Journal reports that Caribou has funded much of its information technology spending through the 1033 program, taking pressure off local budgets and saving taxpayers money.

“That’s the absolute intent of the program,” Gil told the paper. “Used properly, that’s the benefit of the program.” Pointing to Scarborough as an example, Gil said his department requested three collapsible tactical stretchers that can be used in a mass evacuation. The stretchers usually cost $2,100 a piece, but because of the program, they only cost Scarborough $50 in shipping fees, according to the report.