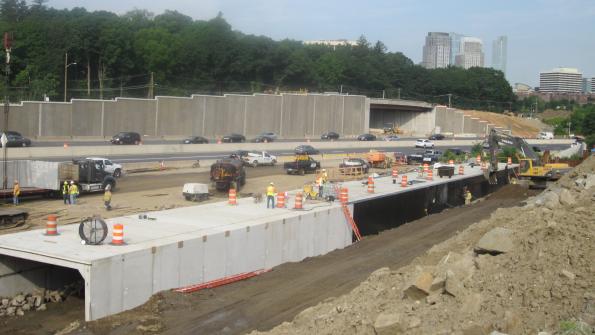 In the fifth part of the Keating Report mid-year 2013 forecast on government budgets, read about some pockets of increased public construction activity around the U.S.

The value of public works/infrastructure construction underway in the U.S. should reach $100 billion in 2013, which is 1 percent less than 2012 public works construction levels, according to the “2013 Dodge Construction Outlook.”

State and local governments account for approximately 75 percent of all infrastructure spending in the U.S., with the remainder supplied by the federal government, according to “Infrastructure 2013: Global Priorities, Global Insights,” a joint report from the Urban Land Institute (ULI) and Ernst & Young.

Projects in the waterworks sector – potable water, wastewater, and storm water – are being driven by the need to replace aging, underground infrastructure, by environmental regulations, and by U.S. Environmental Protection Agency consent decrees, says Dona Storey, the American Express OPEN Advisor on Procurement. 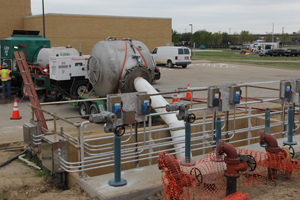 The renewal system, combined with the CIPP installation process, ensures that water mains can be relined and leaks repaired before a line completely ruptures. “This represents a significant cost savings to cities and towns across the country,” said Mike Vellano, vice president, sales and marketing for IPR. He said his firm’s approach structurally restores the existing pipe and is safe for the environment.

Another government-funded infrastructure project worth noting is the construction of a three-sided bridge in White Plains, N.Y. The New York State Department of Transportation designed the bridge project in-house, which includes work on the I-287 Exit 8 interchange. The bridge serves as the westbound crossing over the Mamaroneck River on Westchester Ave.

Avon, Conn.-based Oldcastle Precast Inc. provided 47 precast rigid frame sections as part of the project. The sections cover a 23-foot span with a 9-foot 8-inch rise. Yonkers, N.Y.-based ECCO III is the contractor. The completion date for the project is August.

According to the American Institute of Architects’ (AIA) Consensus Construction Forecast Panel, we should see healthy if unspectacular gains for the remainder of 2013 in nonresidential construction activity (including government and institutional structures).  The AIA panel predicts construction spending for buildings will rise by 5 percent in 2013 before accelerating to 7.2 percent in 2014.

Michael Keating is senior editor for Government Product News and the GPN web site at www.americancityandcounty.com/gpn. He can be reached via e-mail at [email protected]