The value of federal purchases of goods and services is holding fairly steady, but sequestration is having an impact.

Sequestration, which entails the employment of automatic, across-the-board spending cuts in the face of annual budget deficits, is in full swing in Washington. The effects of sequestration are also being felt in Atlanta, where the National Park Service closed two areas of the Chattahoochee River National Recreation Area to vehicles. 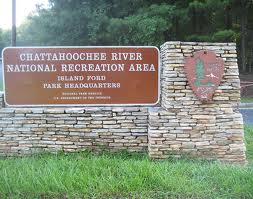 “The vehicle closures will be combined with removal of some trashcans and reduced mowing to meet our sequester budget goal,” said Chattahoochee River Superintendent Patty Wissinger. The vehicle closures are expected to lessen use of the sites due to reduced maintenance over the summer. Park officials will look at re-opening the areas and adjoining parking lots in October depending on funding at that time.

“Remember that the actual sequester is really only impacting fiscal year 2013 spend, and even then, the impact is only minimal,” says Tim Larkins, who is Consultant-Market Intelligence at McLean, Va.-based immixGroup, Inc. The company helps technology companies do business with the government.

“Agency heads and politicians have been busy touting the negative effects of all of these cuts, but what everyone fails to realize is that the sequester slows growth, but it does not cut spending,” Larkins told GPN.

“So the spending without sequestration over the next ten years would be around $46 trillion, whereas spending after sequestration will still be $44.8 trillion—which is not much of a difference.”

As the second half of 2013 starts, agencies are watching their pennies, says Dona Storey, the American Express OPEN Advisor on Procurement. “Now that the reality of sequestration has actually kicked in, government agencies are taking a focused look at how they are spending their dollars. The government is looking at any way to cut costs or redirect funds.”

For government contractors, Storey advises: “They should be prepared if the government wants to downsize the scope of work on current contracts. The worst-case scenario is that they need to become familiar with the term ‘termination for convenience’ in any contract situation.” Contractors, says Storey, need to be aware of federal policies as sequestration takes effect.

There has been good news on the federal deficit front. New budget projections from the Congressional Budget Office show that the nation’s finances are getting somewhat healthier. Due to increased tax revenues, the budget deficit will shrink to $642 billion in 2013, or 4 percent of GDP. That is the lowest aggregate deficit since 2008 and less than half the size of 2009′s deficit, which was 10.1 percent of GDP.

Even so, more than 100 business CEOs are spearheading the Fix the Debt advocacy group. The organization is urging Congress to solve the nation’s debt crisis. The group says the nation’s deficit could be cut by $2.5 trillion over the next decade by: