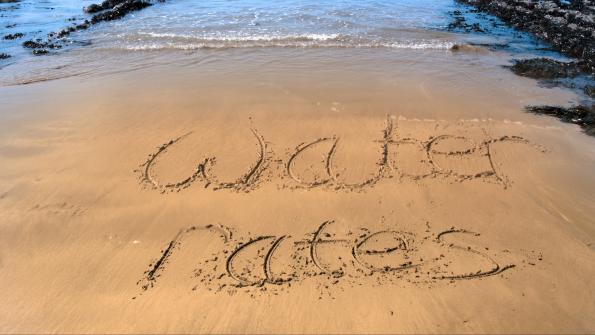 Water costs on the rise

As costs rise, care must be taken to ensure the future of municipal water

Local government spending on water treatment and infrastructure has increased for the past 60 years, and now, with spending reaching record highs, experts say municipalities must understand the risks of current cost allocation practices in order to make water affordable in the future.

From 2001 to 2010, municipalities spent $864 billion on water supplies and wastewater management programs, and in 2011 local governments set a new record, spending $111.4 billion. Several factors affect the growing level of public water investment, including infrastructure revitalization and construction, operational cost increases, population growth and inflation. A report released by the United States Conference of Mayors (USCM) claims that this magnitude of spending will continue.

The EPA estimates that drinking water infrastructure investments will need $334.8 billion between 2007 and 2027, with an additional $298.1 billion for waste and storm water management between 2008 and 2028. The USCM report estimates that these costs, combined with retrofitting pipes as well as the replacement, renovation and construction of treatment plants, total costs could be from 2.8 to 4.8 trillion over the next 20 years.

Furthermore, the cost of operations and maintenance has increased over time, according to the report, with regulatory standards under the Clean Water Act and Safe Drinking Water Act for the past 40 years having direct influence over design, technology choices and operation of facilities. The report credits these factors in the overall cost of service, long-term borrowing and user rates for public water.

A March 2013 report from the American Society of Civil Engineers gave the nation’s wastewater infrastructure a “D-plus” grade and estimated $298 billion must be made in capital investments over the next 20 years, according to an American City & County April feature.

Additionally, local government spending on public water consistently exceeds the rate of inflation.In 2001, local government spending on wastewater was $8.8 billion. The Bureau of Economic Analysis’ inflation factors would suggest a 45 percent increase in spending on this sector, or an expected 12.8 billion investment in 2010, just to keep up with inflation. Actual wastewater capital investment in 2010 was 20.6 billion, according to the report.

The U.S. population was roughly 210 million in 1972 and has grown 47 percent since then. According to the report, 80 percent of these individuals rely on municipal water, and it is estimated U.S. Metro populations will grow by 32 percent by 2042. These individuals will require additional public water services and infrastructure.

With the costs of water mounting, the report suggests local government officials should be concerned with better understanding the financial burdens placed on ratepayers to ensure a viable future for public water. To ensure local government’s abilities to provide water in the future, the report suggests two factors must be analyzed: how rate structures impact lower and middle class households, as well as long-term debt and creditworthiness.

A concern for local governments, according to the report, is water’s financial impact on households at or below the poverty level. Current public water cost allocation plans that rely on uniform user class pricing can place a burden on lower income households, and must be assessed to determine if such pricing schemes are sustainable within a community.

According to a USA today study of 100 municipalities, prices at least doubled in more than a quarter of cities and tripled in three – Atlanta, San Francisco and Wilmington, Del.

Despite programs to help cut the costs of water for those with low incomes, one Philadelphia-based participant the study revealed price increases forced her to make decisions between food and water. The monthly cost of 1,000 cubic feet of water in Philadelphia jumped 164%, to $39.22, since 2001 according to the USA Today study.

Historically, local governments are the dominant investor in public water. From the adoption of the Clean Water Act in 1972, $1.77 trillion has been spent on water’s processing and infrastructure, according to the report. In order to sustain this infrastructure and comply with regulatory mandates, local governments have had to raise rates and increase long-term borrowing.