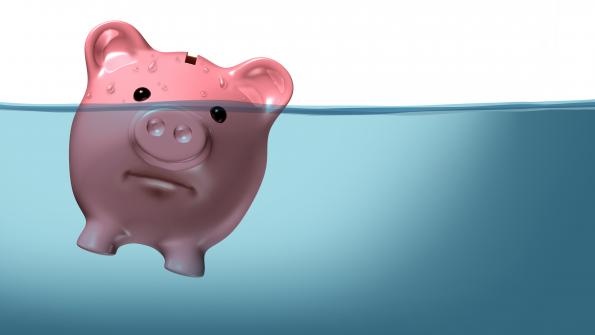 Because many communities cannot afford to comply with EPA water mandates, the agency is beginning to adjust compliance deadlines.

As state and federal officials began to negotiate another plan to reduce the flow down to a half billion gallons per year, NEORSD argued it needed more time to complete the project so the additional costs would not crush ratepayers.

“We made the case that this would be a high burden,” says Julius Ciaccia, executive director of NEORSD, which provides wastewater service to Cleveland and its surrounding suburbs. “We have some very affluent areas and some very poor areas that are not able to afford higher rates. It was a lot of back and forth.”

In the end, NEORSD was able to convince federal Environmental Protection Agency (EPA) and state environmental officials to give the district 25 years to meet EPA mandates, rather than the requested 20-year period. NEORSD was also granted an opportunity to use alternative methods to gain further cost reductions. “The burden is now on us,” to try to reduce costs, Ciaccia says. “We were able to look at it all from the perspective of affordability.”

As already overburdened local governments face pressure to clean up the wastewater and storm runoff that seriously harms the nation’s water resources, leaders are making the case that financial strains are already bearing down on lower-income ratepayers, leaving little capacity to repair and replace their aging infrastructure.

“Nobody wants to roll back the progress we’ve made in cleaning up our water systems,” says Tom Curtis, the deputy executive director of the American Water Works Association (AWWA), a Washington-based nonprofit focused on the water profession. “Everybody wants to do the right thing. But the right thing is easier if they have flexibility in compliance.”

Moreover, cities argue that these mandates must also be seen in the context of other financial pressures, including the huge investments needed to maintain and improve the nation’s infrastructure. A March 2013 report from the American Society of Civil Engineers gave the nation’s wastewater infrastructure a “D-plus” grade (up from a D in its previous report) and said $298 billion must be made in capital investments over the next 20 years.

Bob Raucher, an economist with Stratus Consulting, a Boulder, Colo. environmental research and consulting firm, notes that the EPA has undertaken a number of initiatives that could give municipalities additional flexibility to meet mandates. “But the proof is in the pudding,” he says.

While noting that “significant drinking water and water pollution challenges” remain, Nancy Stoner, EPA’s acting assistant administrator in the Office of Water, testified to Congress in 2011 that the EPA is committed to offering “municipalities an opportunity to meet Clean Water Act (CWA) requirements in a more cost-effective manner to spend their dollars better and in a way that achieves the highest priority goals more quickly.”

Yet, local officials and their advocates continue to argue that the EPA should recognize the diminishing returns of what they consider marginal improvements through expensive engineering. Some note that one of the biggest polluters of rivers and streams — the waste from chicken and milk farms — is not even covered under current law, leaving the cleanup burden largely on municipalities and some industries.

“There is less and less water quality in municipal systems for higher investment,” says Adam Krantz, a managing director of the Washington-based National Association of Clean Water Agencies. “It remains a challenge that we are facing.”

“CWA has served a hugely important purpose,” Curtis says. “We’ve seen a lot of systems be improved. But now, they are ratcheting down on permitted service, tightening the screws.”

As a result of the increased cost to continue to lower water pollution, water systems must raise water usage rates for the improvements. If they want to reduce the cost on their customers, their options are limited: The EPA can either extend the time for compliance or the community can find less costly alternative measures. In either case, they need the approval of the EPA, in court-sanctioned permitting negotiations that lead to what are called “consent orders.”

Local government officials point out that extending the deadlines lowers annual costs and can lead to more integrated compliance efforts. For example, rather than ripping up a road to install new water restriction measures, they could wait and install them during other road maintenance efforts, at almost minimal cost.

At NEORSD, Ciaccia says that the most recent consent order signed with EPA, through negotiations that took more than five years, combines efforts to manage the cost through an extended compliance period as well as some “green” measures. “We have been aggressive even without the consent order,” he says. “We’re going to move aggressively to meet the deadlines associated with the consent order.”

District officials argued, in a position echoed by many local government representatives and their advocates, that during consent agreement negotiations, EPA must pay closer attention to the uneven distribution of wealth among water ratepayers, who live in both wealthy suburbs and poor inner-city neighborhoods.

Normally, the EPA considers that a community is under a “heavy burden” if the water bill takes up more than 2 percent of median household income (MHI), the dividing line for 50 percent of the households. Local wastewater officials have countered that in poorer neighborhoods, the 2 percent at the median may actually consume 4 or 5 percent of household income. That argument finally got them some flexibility in their agreement, Ciaccia says. “We made the case that we are high burden,” he says.

Curtis argues that the MHI “misses the story,” forcing real-life decisions. “For some people, paying the water bill might mean giving up food or medical care,” he says. “There are trade-offs in their budget, with real and lasting consequences in their lives.”

In response to issues raised by local officials, the EPA stated, in an email message to American City & County, that it “recognizes that in order for a municipality to meet its obligations under the Clean Water Act, long-term approaches to reducing and controlling raw sewage and stormwater overflows must be sustainable and within a community’s financial capability.”

The EPA also noted that using the MHI “is only one of many considerations that should be evaluated” when working with a municipality, including information specific to a community. The agency stated that it allows communities with higher burdens be given longer time periods to complete the needed work. In addition, the EPA said that its recently adopted integrated planning approach as well as flexibility on green solutions will help communities prioritize their work.

Because Philadelphia will use a less costly, but more environmentally friendly approach, the EPA has agreed to extend the time for the city’s water department to meet its commitment to increase the amount of stormwater and wastewater its systems capture to 85 percent, from its current 67 percent. Rather than build a hugely expensive tunnel system into the Delaware River to hold excess water during storms, the city will create a system that reduces the runoff at the source.

“We decided to go full green and allow our systems to evolve,” says Howard Neukrug, the city’s Water Commissioner. “Every year, there are improvements. The systems yesterday are not as good as those that will be available in five years. We want to nurture sustainability and reduce the long-term cost.” For example, planting thousands of trees will absorb huge amounts of rainwater while also enlivening the city, he says.

In designing its “Green City, Clean Waters” approach, the city has
initiated programs that reduce the amount of water entering the sewer and stormwater system:

“We need to figure out how to improve our water quality while also improving the quality of life in Philadelphia,” Neukrug says. “If the economy of the city does not improve, then the ratepayers will not have the money to improve the water quality. We need to integrate these projects into the sustainability of the city.”

Curtis argues that the EPA efforts have helped but have not gone far enough, noting that the costs for maintaining drinking water standards are not included in the wastewater calculations and that other economic measures do not fully capture the economic stress in a lot of communities.

“We do not take cleaning up these systems lightly,” Curtis says. “If we need to do something, that’s the right thing. But it’s equally important to consider the impact on the least fortunate among us. Are we demanding too much from the people who have to pay the water bill?”

Robert Barkin is a Bethesda, Md.- based freelance writer.