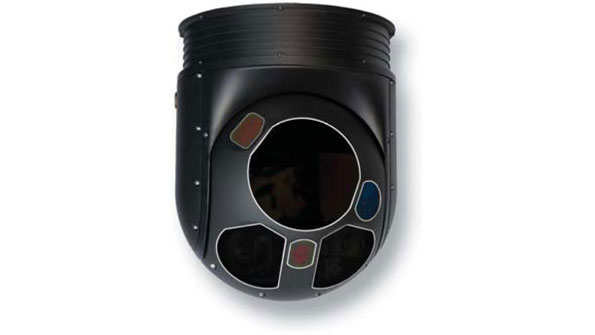 A FLIR thermal imaging detection tool mounted on a police helicopter aided in the capture of the Boston terror suspect.

A helicopter equipped with a thermal imager picked up on Boston Marathon bombing suspect Dzhokhar Tsarnaev's body heat through a tarp in a Watertown, Mass. resident's boat. The suspect was hiding inside the 1980s pleasure craft. Although obstructions — such as the boat tarp — can prevent light from passing through, the thermal imager can still detect heat waves.

Authorities using the imager saw an infrared signature of the suspect’s body — the way an object or person appears beneath thermal sensors. Thermal imagers can help monitor volcanoes or detect diseases, but in this instance, it helped police monitor Tsarnaev's body for more than an hour. Then, police ordered tactical teams to his hiding spot, and eventually captured the suspect.

Many law enforcement aviation units use FLIR or forward-looking infrared imaging systems. FLIR cameras on helicopters use thermal imagers to search for subjects at night or in cold areas. In Watertown, the FLIR surveillance and detection tool helped in the capture of the suspect.

FLIR Systems, headquartered in Portland, Ore., produces the infrared imaging product. “The Massachusetts state police has several of our systems, and they confirmed that the video that they released is from the system which we make,” said Kevin Tucker vice president of FLIR’s surveillance division. FLIR has a manufacturing facility outside Boston that employs 400.

“For us, having seen what happened, in the aftermath of the situation in Boston, it was rewarding and definitely an honor to know that we were able to help a little bit, and for the first responders to accomplish their mission and successfully capture the suspect, which they did, after the pursuit on Friday,” Tucker told GPN.

The public sector has a continuing need for FLIR’s products, says Tucker. “The demand for surveillance and detection-type products is continuing. The need for those types of products is still there in the U.S., and the international markets are also expanding. There is significant international growth potential, also,” Tucker told GPN.

Sequestration, however, has not been a major factor, says Tucker. “We are not seeing a massive downturn at all due to sequestration. And the demand for surveillance and detection-type products is continuing.”

For government and law enforcement officials who might be thinking of acquiring new surveillance technology, Tucker urges that they consult with colleagues. “I think what they need to do is look at the capabilities of the products that are available, and then talk to agency officials who are currently using them. Consult with the people who are accomplishing their agency’s missions using that equipment to get reference information. I think that’s a very important process for people to consider if they are looking at adding the technology to their capabilities set.”