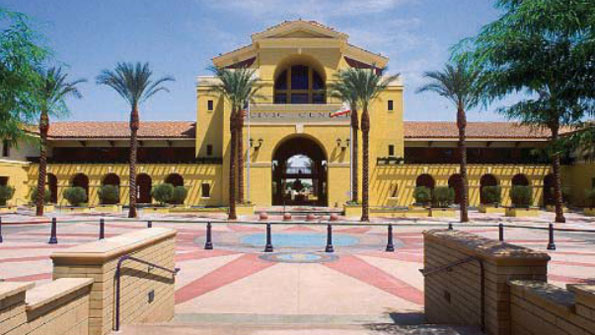 In Cathedral City, Calif., a bold Energy Action Plan is yielding more than $100,000 in annual savings while benefitting the community. Years ago, faced with a sluggish economy and a staggering $850,000 annual bill for electricity, gas and fuel costs, Cathedral City vowed to lower its energy output. Today the city boasts a 13.7 percent per capita energy reduction rate, with a 16.1 percent drop in municipal buildings' output since 2008.

Partnering with Rosemead, Calif.-based Southern California Edison and government agencies, Cathedral City formed an Energy Action Plan that includes retrofits and upgrades at municipal buildings and facilities, a revamping of fleet operations and community outreach programs. In January 2012, the city adopted a formal Energy Action Plan that outlines energy-saving goals for the next five years.

Awarded $478,000 in Energy Efficiency and Conservation Block Grants, a portion of the money was used last year to install bi-level induction lighting at the Civic Center parking structure, saving an estimated 275 kilowatt hours (kWh) per fixture and a total of 58,300 kWh per year. Other projects included the replacement of a 50-ton HVAC unit at the library with a newer, energy-saving model, at an annual savings of 30,000 kWh.

In 2004, the city entered into a contract with Morristown, N.J.-based Honeywell to outline solar energy and conservation measures for the Civic Center, fire stations, municipal buildings and traffic signals. The bulk of the retrofit and upgrade work was initiated in late 2011 and completed by June 2012. A 226 kWh photovoltaic system was installed on carport structures erected on the Civic Center parking structure rooftop deck, cutting the city's power requirement by 10 percent. More than 1,300 incandescent traffic signals and crossing signals were replaced by light emitting diode technology. Lighting upgrades have led to 86 percent city-wide energy savings.