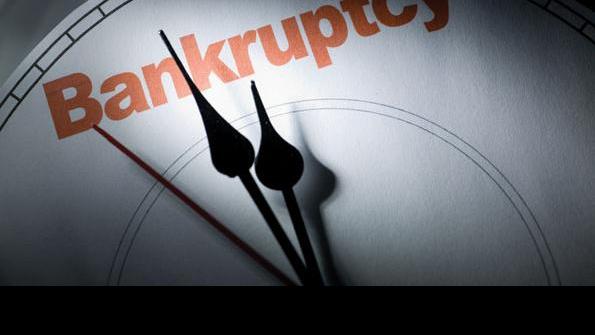 Bankruptcy: A few troubled cities have fallen, but most are weathering the storm

Expect to see more municipal bankruptcies, but they still will be rare compared to most of the rest of the country, NLC research director says

For a while, it seemed as if the sky was falling — three California cities in quick succession headed toward formal bankruptcy, bringing the total number of U.S. municipalities filing or declaring intentions to file bankruptcy this year to nine. Still, though it’s clear that many cities are facing financial challenges, the full picture of cities’ fiscal health is a lot murkier and more complicated than a simple Chicken Little tale.

Consider, for example, this number: 19,000. That is how many municipalities there are in the United States. In that context, nine bankruptcies is not very many.

In fact, since 1980, less than 0.5 percent of all localities issuing debt have gone through bankruptcy, according to a report from the Pew Center on the States. That rate remained unchanged even during the Great Recession, which officially ended in 2009.

“These have always been rare cases,” says Chris Hoene, research director for the National League of Cities. “It’ll be a little less rare [now]. But in a country with 19,000 municipalities, the total numbers in the end won’t tell a story that’s indicative of most of the rest of the country.”

Take the cases of those three California cities. Stockton, Mammoth Lakes and San Bernardino declared they would seek bankruptcy protection, all within about a month. Stockton, with almost 300,000 people, is the biggest U.S. city to file bankruptcy.

But all three cities fell victim to particular circumstances, Hoene says. In Mammoth Lakes, a tiny tourist town, a major contract went awry. Stockton and San Bernardino, meanwhile, “represent the more extreme end of the impact of this recession on cities,” he says. “They were struggling cities before the recession… And they were extremely hard-hit by the housing market.”

Stockton and San Bernardino are located in regions that are among the top five areas hardest hit by the housing bust, Hoene says. Stockton has the second highest foreclosure rate in the country.

Indeed, while many cities are suffering financially, some are hurting more than others. The difference, Hoene says, “depends almost entirely on where the city is. There are certain regions that are doing better than others. And within regions, it often depends on what part of the housing market you’re in… Geography matters here.”

It matters, too, the state in which a city is located. Some states prevent local governments from filing bankruptcy — it looks bad for everybody, including the state. So when a city’s finances look shaky, the state will step in.

That’s what happened in Harrisburg, Pa., after the capital city’s debt service on incinerator bonds grew to $68 million, more than the city’s entire general fund budget. In 2011, the state appointed a receiver for Harrisburg and blocked the city from filing for bankruptcy.

Michigan also seized control of several struggling communities, including Flint and Pontiac, and it forced Detroit to cut a deal to avoid takeover. Rhode Island took control over finances in three troubled cities.

Even if a city declares bankruptcy, that doesn’t mean it’s off the hook for its bills. A court or other arbitrator decides who gets paid, when and how much. Bondholders are almost always protected in that process, though employees and retirees may fare worse.

The bottom line, Hoene says, is that assessing cities’ financial health these days is tricky. “It’s hard to aggregate across the country because situations vary so much,” he says. “But generally speaking, after a recession of this magnitude and several years of downturn for recovery, most cities are facing some heightened level of fiscal stress.”