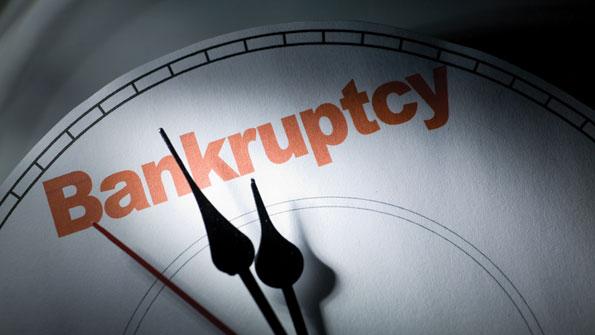 San Bernardino, Calif., filed for bankruptcy protection Wednesday, saying it owes more than $1 billion, according to Reuters. The filing in U.S. Bankruptcy Court comes just two weeks after the city said it was insolvent and could not make its payroll this summer.

The city’s filing declared more than $1 billion in liabilities and $1 billion in assets. It said the city had between 10,001 and 25,000 creditors.

Decisions about the city’s finances now will be determined by a federal court. In an official statement issued Wednesday, the city said it will continue to provide essential services during the bankruptcy process. “There will be no immediate service reductions or changes in service to the community as a result of the filing,” the statement said.

San Bernardino, a city of about 210,000 residents 65 miles east of Los Angeles, is the third California in less than two months to seek protection from creditors. Stockton, Calif., the nation’s largest bankrupt city with about 300,000 residents, filed June 28. Mammoth Lakes, a much smaller city, voted to seek bankruptcy protection July 3. Jefferson County, Ala., which filed in 2011, is the largest local government bankruptcy.