Jefferson County, Ala., bankruptcy presents questions for bondholders, other cities and counties. 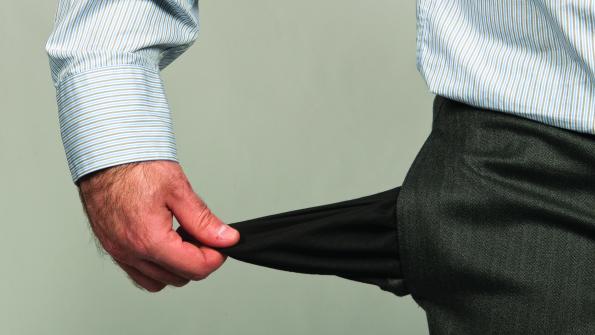 In early November, Jefferson County, Ala., declared bankruptcy on more than $4 billion of debt, eclipsing the previous record municipal bankruptcy of $1.7 billion filed by Orange County, Calif., in December 1994. As the largest municipal bankruptcy in history moves through the courts, experts are pondering its national implications for investors in municipal securities as well as the governments that rely on them to fund their operations and projects.

Jefferson County's problems arose from its ill-fated effort to fulfill a court-ordered rebuilding of its sewer system and a badly managed financing plan. Shortly after a failed rescue effort by Gov. Robert Bentley, the county filed for bankruptcy protection under Chapter 9 of the U.S. Bankruptcy Code, allowing it to reorganize its debts. Since then, lawyers and financial analysts have been watching for any possible precedents it may set.

Attorneys representing Jefferson County have framed their arguments on an unusual interpretation of the Chapter 9 code, which if successful, would reorder the traditional primary rank of bondholders against other creditors. "This could have a national impact if this argument is supported in court," says Richard Ciccarone, chief research officer at McDonnell Investment Management in Chicago, which manages more than $8 billion in municipal bonds.

Ciccarone notes that in well-publicized California municipal bankruptcy cases in Orange County and the San Jose School District, bondholders moved to the head of the line. The Jefferson County decision will set important precedents, regardless of how it is decided. "If the judge upholds the rights of bondholders, it will provide a perception that bondholders are protected," he says. "If the rights are weakened, investors may believe that [municipal bonds] are not worth holding. It would have implications for other clients nationally."

Matt Fabian, another watcher of the municipal markets, says that the filing in Jefferson County has had little effect thus far on the overall muni-bond market. "But as people understand it better, it's hard to say," says Fabian, who is managing director of Concord, Mass.-based Municipal Market Advisors.

Overall, Fabian notes, dire warnings last year that there would be as many as 100 major muni-bond defaults in 2011, totaling $100 billion or more, never materialized. Through Aug. 12, a Bank of America Merrill Lynch report noted that defaults totaled $757.8 million, or just 0.026 percent of total outstanding municipal debt. Though that total does not include the Jefferson County bankruptcy, the vulnerability of the overall municipal bond market was "vastly overstated," Fabian says.

"The credit risk in five-year bonds remains small for government entities," Fabian says, noting, however, that there may be more defaults in areas of the country hardest hit by the real estate collapse, such as Nevada, California and Florida.

A muni-bond market with few defaults is more the rule than the exception. Governments have a strong history of paying their bills, even during the hardship of the 1930s. More recently, fewer than 50 cities, counties, towns or villages have filed for Chapter 9 over the past three decades, according to law firm Chapman and Cutler LLP. (Federal bankruptcy law only applies to states that permit filings.)