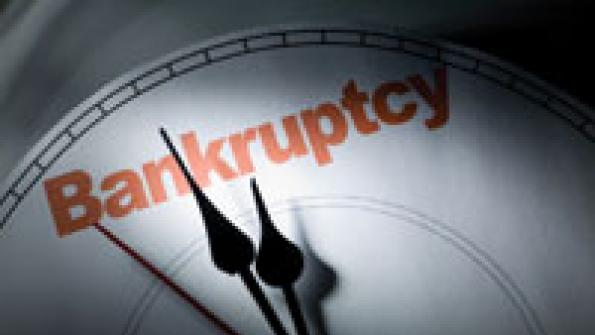 A failure to negotiate a deal with its creditors has led Jefferson County, Ala., to file for Chapter 9 bankruptcy protection, the largest municipal bankruptcy case in U.S. history.

A failure to negotiate a deal with its creditors has led Jefferson County, Ala., to file for Chapter 9 bankruptcy protection. The county’s Chapter 9 filing is the largest municipal bankruptcy case in U.S. history, involving more than $4 billion of debt. The largest previous case was filed in 1994 by Orange County, Calif., which owed approximately $1.7 billion to its creditors when it filed for Chapter 9.

The Jefferson County Commission announced the filing on Wednesday after voting during a public hearing, with Commission President David Carrington saying the decision was “a necessary one reached after much thoughtful consideration.” “The county has negotiated extensively and in good faith with its creditors and their representatives about restructuring the county’s debts out-of-court,” Carrington said in a statement.”Despite the county’s best efforts, those negotiations have not produced a deal that fairly treats the county and its citizens, and there is noreason to believe that further out-of-court negotiations will lead to a fair, acceptable result.”

Jefferson County’s Chapter 9 filing follows a series of financial setbacks, beginning in 2008, when the county’s credit rating was downgraded, including the downgrading of the credit ratings of the companies that insured the county’s long-term debt. The downgrading precipitated the acceleration of much of the county’s long-term debt, including $105 million in Series 2001-B general obligation warrants and a substantial part of the approximately $3.2 billion in warrants issued for the county’s sanitary sewer system. When the county could not pay the accelerated sewer debt, buyers and insurers of that sewer debt sued the county, and in 2010, an Alabama court appointed a receiver to take control of operations of the sanitary sewer system, according to a county’s press release.

In March 2011, the Alabama Supreme Court ruled that the county’s occupational tax, which accounted for more than 40 percent of its annual unrestricted revenues, was invalid. Efforts to enact new legislation to re-authorize the county’s collection of the occupational tax failed when the Alabama legislature concluded its 2011 regular session without acting on the proposed legislation. In response to those developments, the county commission cut more than $30 million in annualized expenses from the county’s budget. The cuts resulted in the layoffs of more than 500 employees, the elimination of approximately 160 vacant positions, the closure of four satellite courthouses, and a reduction in services provided by the County Sheriff’s office, among other measures.

In September 2011, the commission and receiver entered into negotiations with creditors for the resolution of the sewer system crisis, but they did not get the economic concessions they wanted. The county’s financial difficulties were compounded that summer when the sewer system receiver demanded that the county pay him $75 million from its general fund, which would have impaired the county’s ability to provide essential services, according to the county’s press release. “Faced with the risk of a significant depletion of general fund reserves and the sewer system creditors’ refusal to agree to any reasonable settlement offers made by the commission, the commissioners were left with no responsible choice but to file Chapter 9,” said Commissioner Jimmie Stephens, chairman of the Finance Committee, in the press release. “Under these circumstances, the commissioners concluded that filing Chapter 9 was the best way to protect the county’s limited cash and restructure [its] debt obligations.”

Read the entire press release and see more information on the filing.