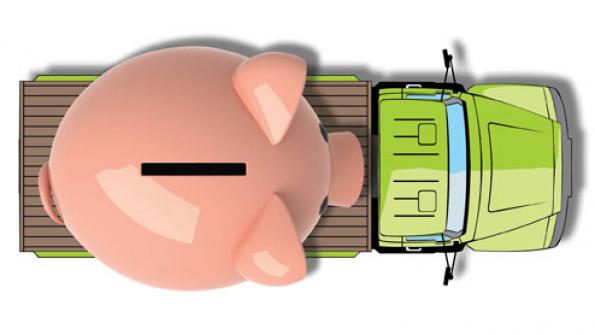 This article appeared in the January 2012 edition with the headline "Driving savings."

Douglas Weichman will tell you that today’s fleet manager needs an ever-wider set of skills beyond merely how to spec vehicles and turn wrenches. Yet, perhaps the most critical capability of them all — and one that is almost invisible within the fleet manager’s job description today — is the ability to convey the value the fleet provides to a city or county to the elected officials and department managers that guide the inner workings of government.

“Let’s be blunt here: politicians don’t get re-elected because the city, county or town’s fleet shop is super-efficient,” says Weichman, director of the fleet management division for Florida’s Palm Beach County. “They get re-elected based on reducing the cost of government and providing good service to the citizens for their tax dollars.”

Those “good services” include, among many others, police protection, fire and rescue response, roadway maintenance, snow removal, and even the upkeep of parks and recreation centers, he says. More importantly, though, they are all services that rely on a variety of vehicles and equipment to complete their jobs, and thus puts the fleet operation in a critical position within any government. “Most government leaders just don’t realize the important function the fleet fulfills on a daily basis,” he says.

“The fleet manager’s job is not a ‘glitzy’ position like the police or fire chief’s, and it’s why we’ve been left ‘in the dark,’ so to speak, in terms of recognition for our role for a long time now,” Weichman stresses. “But without the fleet, the jobs police officers and fire fighters perform can be compromised. That’s why advocating the importance of the fleet is such a critical component of the fleet manager’s role today.”

Robert Martinez, executive director of the support service bureau for New York City, echoes that thought, adding that while the value of a fleet manager can vary from agency to agency, the reality is that the mission of many city agencies is contingent upon the efficiency of their fleet operations. “A police officer cannot respond quickly to jobs without a patrol car. A firefighter cannot put out a fire without a fire truck, a sanitation worker cannot dispose of garbage without a sanitation truck — the list goes on and on,” he says.

“These are all essential services the city must provide to its citizens,” Martinez stresses. “It is undervalued only in the sense that when the municipal fleets cannot work, people realize how dependent we are upon the efficient operation of these fleets. That’s why the use of fleet performance indicators gives each agency a clear analytical picture of their operating capabilities and can show where they need to improve their fleet operations in order to meet their stated missions.”