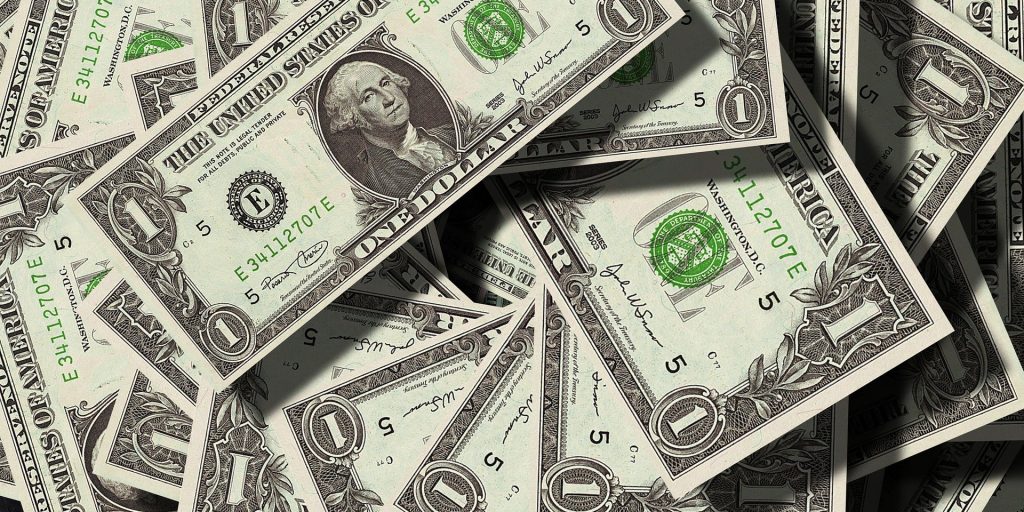 “A lot of the revenue sources were developed in the agricultural-industrial age,” Kavanagh said. “Technical elements of revenue have not kept up. The whole government revenue system has not kept up.

Hundreds of years ago when policy was being written to support the new United States of America, “property was a pretty reasonable gauge of someone’s wealth,” he said. But in this digital era, with the rise of cryptocurrency, stocks, online holdings and more abstract forms of personal wealth, “Property tax is not the wealth tax it once was.”

And it’s not just property tax. Only recently, for example, has sales tax been applied to online purchase.

This question of how modern governments should be funded is one Kavanagh and his organization, which represents more than 20,000 public finance officials throughout North America, has been considering for some time. The association is researching modern revenue through the Rethinking Revenue Initiative, a collaborative effort that includes the American Planning Association, the International City/County Management Association, the National Academy of Public Administration Center for Intergovernmental Partnerships, the National League of Cities, the Center of Municipal Finance at the University of Chicago’s Harris School of Public Policy and the Government Finance Research Center at the University of Illinois at Chicago’s College of Urban Planning and Public Affairs.

“Revenue can only grow so much,” Kavanagh said. This ceiling has “forced local governments to turn to fees and fines, which are regressive.”

While appropriate in some cases, an overreliance on fines and fees can lead to social problems and deteriorates trust in government, according to the first of a series of planned reports from the Rethinking Revenue Initiative titled “Rethinking Local Government Revenue Systems.”

“Overuse of fines and fees can lead to unfair and counterproductive outcomes for citizens who can’t afford to pay them. An example is court fees and fines that make it harder for low-income people to disengage with the justice system. There have been documented cases where local governments spend more money enforcing delinquent court fees and fines than they collect,” the report says. Even before the initiative, the finance officers association was considering the problem through reports like “Property Tax Disrupted” and “Financial Policies for Imposed Fees, Fines, and Asset Forfeitures.”

While these concepts have historically been theoretical, the pandemic acted as an impetus for local governments to reconsider the way they do business. Overnight, traditional revenue sources dried up and administrators were forced to adapt quickly, Kavanagh said.

“Back when COVID was starting to come into view. This was going to be a short-term problem,” he continued. With more than a year having passed, the pandemic has inflicted “major effects on the public finance system”—and these adaptations aren’t going away.

In the organization’s latest publication, TITLE, Kavanagh, who is the study’s author, contends that “local governments may have opportunities to raise new revenues and create value for the public by thinking more like a private enterprise. To start, consider that private firms are not always superior to government when it comes to efficiency, innovation, and other characteristics associated with dynamic organizations.”

Among the concepts suggested as alternative revenue sources for local governments are Urban Wealth Funds, which in practice operate like private firms, notes another report from the Government Finance Officers Association on the funds. Urban Wealth Funds, when set up by administrators, can develop and manage publicly owned assets like parking lots or vacant land and retrofit outdated buildings for modern use—leveraging publicly owned assets to the fiscal benefit of constituents. Under the oversight of an Urban Wealth Fund, municipal buildings with unused space in them could be converted for mixed usage, housing civic departments along with residential units, commercial offices and schools.

In analyzing Boston’s publicly held real estate, for example, the association found that publicly owned properties hold potential as “a major source of revenue for the city.” The report highlights how the city’s real estate could be monetized through an Urban Wealth Fund set up to manage the commercial space for the community’s betterment.

Streamlining fines and fees by implementing a sliding-scale system based on earnings is another way administrators can create cost-saving efficiencies and ensure equity. While not fundamentally different in the way changing the tax system would be, streamlining the fines and fees system would create “quick wins” for communities.

“You would get more compliance with the fine or the fee, because if people are leveled with a fine or a fee that’s too much, they won’t pay it,” Kavanagh said. “Those are all good things. Who wouldn’t” like a fee system that people can afford?”

Looking ahead, Kavanagh said the initiative intends to begin considering policies and legislation that could benefit communities in the rethinking endeavor. And while the Rethinking Revenues Initiative has identified the problems associated with the current revenue system, Kavanagh said they haven’t yet begun to fully investigate solutions. Subsequent reports will consider answers.

“We want to start the conversation and we’d love for things to start organically,” Kavanagh said. “We also have plans to push things ourselves.” In the still-emerging digital era, Kavanah said a thorough investigation of the government revenue system is necessary, because “There’s a better way.”