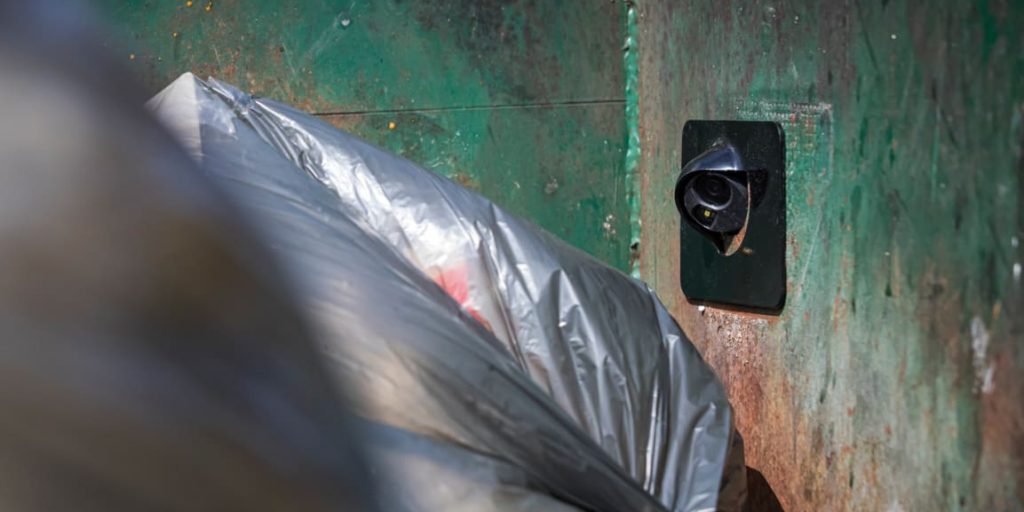 By now, everyone has heard of smartphones, smart televisions and smart home appliances—but what about smart dumpsters?

As far as he knows, Miami City Commissioner Ken Russell, who is leading the initiative, said he hadn’t heard of a smart waste metering system being implemented in a large American city before. For the program, Compology has installed cameras in 40 city-owned bins at municipal buildings, police and fire stations and parks, including Marlins Park.

If the system was to be taken to scale citywide, “they estimate—project—that we’ll see a 30 to 40 percent reduction in our waste haul, which is tremendous,” he said.

Periodically, the cameras automatically capture pictures of the inside of the bins, streaming them to the cloud. Then in real time, an artificial intelligence-powered waste metering software program automatically detects “fullness, content, location and activity” based on the photographs. The data is converted to a readable format and sent to a digital interface, where department of public works managers can monitor the dumpsters from afar and target those that need to be emptied.

Besides streamlining trash pickup routes, the AI technology can also detect if recycling has been thrown into a trash bin, or vice versa, and “send a real time message to the building manager that there’s something that needs to be addressed,” Russell said, noting the pilot program fits into Miami’s broader philosophy—which is driving a goal of bringing the city to carbon neutrality by 2050—of leveraging technology for the betterment of the planet.

“Compology’s technology reduces the number of miles garbage trucks need to drive and helps improve the amount of material that can be recycled—keeping it out of landfills,” Russell said in a statement issued in conjunction with the project’s launch last week. “By modernizing our waste collection processes, we can reduce the city’s environmental footprint while also saving taxpayers’ dollars. It’s a win-win.”

Through the program, which Russell noted is intentionally small in scale, Miami officials will be looking to quantify if large-scale implementation would reduce CO2 emissions, traffic congestion, noise pollution and illegal dumping. The data from this initial deployment will be the foundation for designing a bespoke waste metering program for all municipal buildings and private businesses in Miami, a statement from the city says.

The service is “meant to be outweigh (costs) by the savings from efficiencies,” Russell said. And if there are documented savings during the pilot program, which will last two months, Russell says he’ll take the findings to the city council to consider what it would look like at scale, throughout the city.

“The next step, if we were to go further, would be to roll this out into the private sector. It would be a cooperative between the city, the waste haulers and the building mangers,” Russell said.

Compology has been certified by B Corporation for its social sustainability and environmental performance standards. Historically, the company has worked with large private-sector corporations like Miami-based Burger King. Compology advertises its technology as having the ability to give “unprecedented visibility to both the waste and trucking industries, serving some of the largest Fortune 500 companies, property management firms, waste hauling and trucking companies, waste brokers and services providers, cities and universities. Each industry uniquely applies Compology’s core data points … to operate more efficiently and sustainably,” according to the statement.

Looking to the future, Miami’s vision and its step forward in embracing Compology’s emerging technology “ serves as a template for how municipalities can more efficiently manage their waste to drive both sustainability and cost savings,” said Jason Gates, Compology’s CEO.

Francis Suarez, mayor of Miami, said in a statement about the project: “I am proud to work with Commissioner Russell and partners like Compology and Waste Management Inc. in implementing common-sense sustainability measures that will help us reach our ambitious goal to be one of the most climate-friendly cities in the world.”