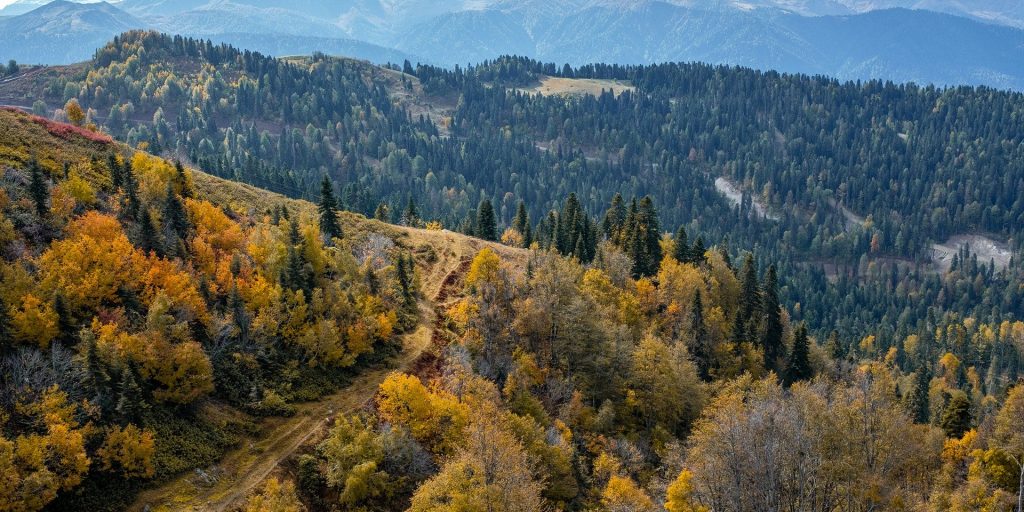 For constituents seeking nature’s respite, easy access to the local forests might fall high on their list of important public services. But when compared to the more pressing needs of crumbling infrastructure, leaders of cash-strapped communities might think twice before diverting money toward trail maintenance.

The $1 trillion infrastructure bill passed through the House by a bipartisan consensus Friday night takes a step toward addressing this need by replenishing a key grant program. The sweeping spending package, which provides billions in funding for all kinds of infrastructure projects, includes “a nearly 70 percent increase for the legacy Transportation Alternatives Program (which includes the Recreational Trails Program) from $850 million to an average of $1.44 billion per year, so that states and localities can build trails and other active transportation projects,” notes a statement issued by the Rails-to-Trails Conservancy, the nation’s largest trails organization.

But while the Transportation Alternatives Program—a funding program for things like on- and off-road bicycle facilities and enhanced mobility—is poised to receive more money annually, the Recreational Trails Program, which is contained within and represents the only federal source of trail maintenance funding at $84 million per year, is merely maintained at its current level.

Overseen by the Department of Transportation’s Federal Highway Administration, the Recreational Trails Program provides federal funding to states, which in turn distribute allotments to local communities through their own programs. The money can be used for a variety of purposes, from purchasing equipment to engaging volunteers, hiring habitat experts to routine maintenance. Between 1993 and 2019, the federal fund paid for more than 25,000 projects through “nearly $1.38 billion in funding. These projects have been matched with nearly $1.02 billion in funds and contributions,” according to the highway administration’s “2020 Recreational Trails Program Annual Report.”

Beyond their recreational purposes, forest and trail maintenance plays an important role in giving first responders access hard-to-reach areas and preventing forest fires. This uptick in funding from the federal government is notable given the need faced by both local governments and federal agencies alike. The U.S. Forest Service alone has more than $5.2 billion in infrastructure repairs and maintenance that’s been deferred.

“Of that staggering amount, $3.7 billion comes from transportation infrastructure,” including “all roads, trails, bridges and tunnels,” the report notes. “This backlog impacts every aspect of the Forest Service mission, including wildfire fighting and active management of our nation’s forests, and affects access for millions of Americans to recreation opportunities and for rural communities who depend on these amenities for their livelihoods and economic prosperity.”

The infrastructure bill’s passage through the House represents “a significant milestone,” said Kevin Mills, the conversancy’s vice president of policy in a statement. “Now, we can shift our focus to appropriations as well as how these programs are implemented so that we’re creating and maintaining the trails and other walking and biking infrastructure that are essential for more people to walk and bike more often. This is what it will take to address significant challenges facing our communities and the climate.”

Since its passage late Friday night, the bill has been lauded by government advocacy organizations for its sweeping and expectedly positive impact on cities and counties. Other highlights of the bill, according to the National Association of Counties, include the establishment of a long-term surface transportation reauthorization for highways, roads and bridges, public transit and rail systems; commitments to transportation safety and project streamlining; new investments in water, stormwater and broadband projects; increased investments in county owned bridges that are not part of the federal-aid highway system; and an extension of the Secure Rural Schools program for timber harvest counties for three years.

“We are thankful for the bipartisan work of Congress and President Biden that answers the call of local leaders with historic investments to communities that are ready to put in the work to strengthen, build, protect and maintain the infrastructure that keeps Americans moving. Local governments are ready to get to work,” said Clarence E. Anthony, CEO and executive director of the National League of Cities in a statement.