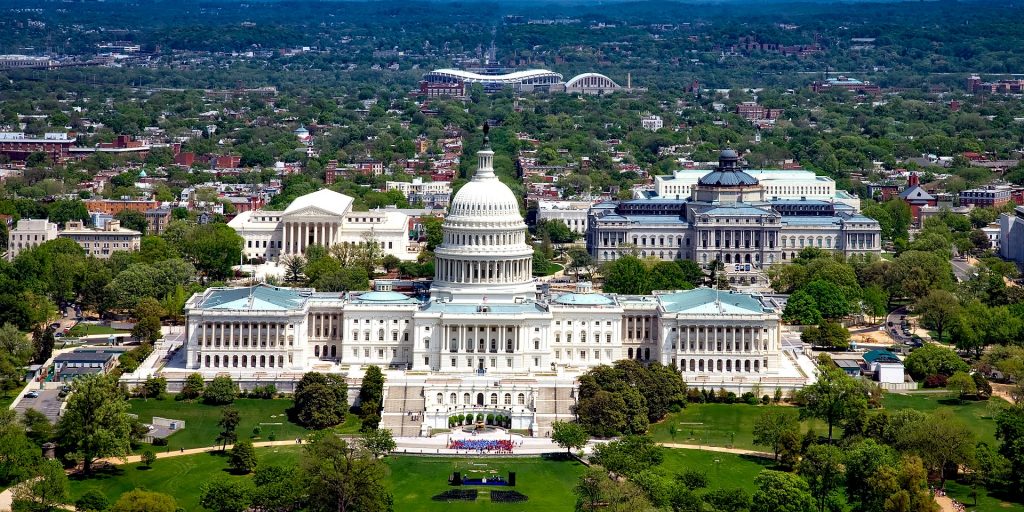 Its allocations include significant appropriations for water programs like the Clean Water and Drinking Water State Revolving Funds, and provides funding to address drinking water contamination and lead pipe replacement.

Other priorities in the sweeping spending package include updating infrastructure to stand up against extreme weather events, flood prevention, watershed protection, ecosystem restoration and grid resilience. It replenishes and expands grants like the Energy Efficiency and Conservation Block Grant, which is intended to help local governments promote energy efficiency and advance renewable energy projects.

The legislation was approved by the Senate in August with a bipartisan vote of 69-30, and, now with the House’s approval 228-206, it will move on to the president’s desk—final stop before presumably being codified into law.

A second companion bill—one of three initiatives including the American Rescue Plan launched by the Biden Administration in response to the pandemic—a 10-year, $1.85 trillion package focused on domestic policy and environmental needs, was pushed off the House’s agenda for at least a week. Originally, as expressed previously by U.S. House Speaker Nancy Pelosi, was to pass both pieces of legislation at once. But Democrats couldn’t reach the consensus needed to pass the bill before end of day Friday. The House will be in recess for a week.

The second, larger package addresses a wide range social needs in addition to infrastructure. It would expand health care assistance, make available free childcare and put forward a new paid family leave policy, along with tax incentives for clean energy, among other things.

While the infrastructure bill received both Republican and Democratic approval, the social assistance bill, if it passes, would only do so along party lines. Both legislative packages have received vocal support from city and county advocacy groups.

“As local leaders representing diverse and sometimes marginalized communities, we know what investments are needed at the local level to uplift all residents of our communities. The ‘Infrastructure Investment and Jobs Act’ (the bipartisan bill) and the ‘Build Back Better Act’ include critical funding that would address and support racial equity through targeted investments in clean water, broadband, housing, transportation improvements and more,” reads a joint statement issued Friday by leaders of the National League of Cities’ caucus focused on Black, Latino, women, Asian and LGBTQ communities.

Since the American Rescue Act was passed, local leaders have been diligently working to responsibly distribute their funding allocations. A key feature that’s been featured throughout the process, which has been lauded by advocacy leaders, is spending flexibility. Combined, the three initiatives represent one of the largest investments in America’s infrastructure since the Great Depression-era New Deal.

In a letter sent last week to U.S. House Speaker Nancy Pelosi and minority Republican Leader Kevin McCarthy, the National Association of Counties called for swift passage of the infrastructure bill and another piece of legislation impacting municipalities and counties, the Disaster Relief Flexibility Act. The latter would allow local governments even more flexibility in how they can use money from the American Rescue Plan Act’s Coronavirus State and Local Fiscal Recovery Funds, expanding uses to include investments in transportation, infrastructure and government services.

“This flexibility is crucial as some local governments struggle to make necessary investments in their community in compliance with the existing guidance for the funds,” the letter reads. “While this legislation would provide much-needed flexibility, it would neither mandate funds be used in any particular way nor would it increase overall federal spending. The legislation would also cap the amount of funds that a recipient could use for the newly eligible activities, thereby ensuring Recovery Funds are not diverted from addressing the public health emergency and its impacts. This legislation is especially significant for rural areas, which account for nearly 70 percent of America’s counties. County officials in those areas often have a wide variety of responsibilities that do not align with currently allowable uses of the Recovery Funds.”