Will Barkoff on Unsplash 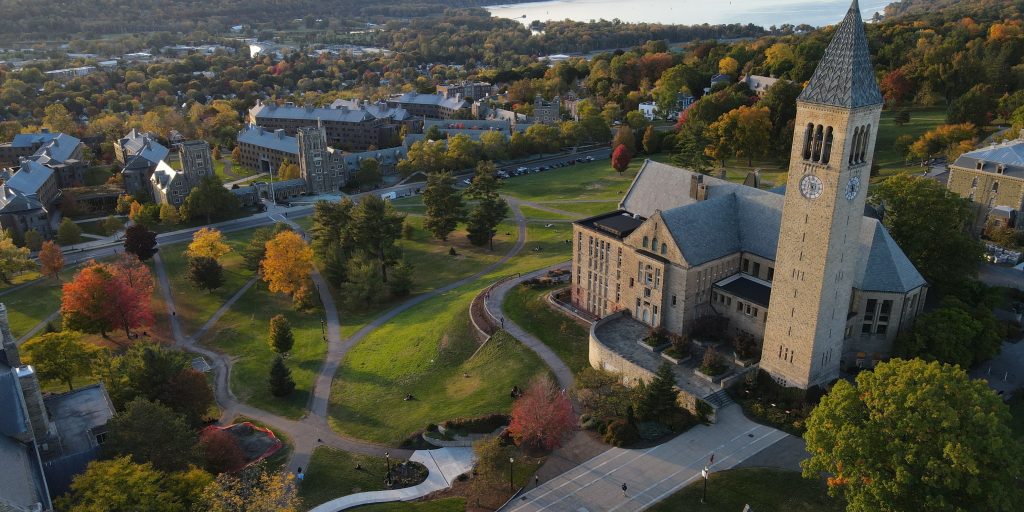 Ithaca, New York is aiming for carbon neutrality by 2030

Ithaca, N.Y. intends to be carbon-neutral by the end of the decade. On Wednesday, the city’s 10-member Common Council voted to give Mayor Svante L. Myrick the ability to negotiate a contract with the Brooklyn, N.Y.-based climate tech startup BlocPower to electrify and decarbonize municipally owned buildings. The contract represents the first large-scale, city-wide electrification initiative in the United States, according to a statement about the vote.

“At the same time COP26 takes place in Glasgow, the city of Ithaca demonstrates its commitment to fight climate change by taking this very important step towards fully decarbonizing our building stock,” Myrick said in a statement. “Through this program, the city expects to eliminate most emissions from energy use in existing residential and commercial buildings, which today account for almost 40 percent of the total emissions in our city.”

The accepted proposal from BlocPower “estimates that the installation of air source heat pumps paired with supporting energy efficiency upgrades and other building improvements will cut Ithaca’s 400,000 tons of CO2 by 40 percent and create 400 new green economy construction, technology and management jobs.”

Financing for the project is expected to come through low-cost loans to building owners, which will be made affordable through “significant energy cost savings received,” a statement from BlocPower says.

BlocPower, which was founded in 2014, has retrofitted more than 1,200 buildings in disadvantaged communities in New York City, the statement says, along with other projects underway in 26 cities including Philadelphia; Milwaukee; Baltimore; and Oakland, Calif. The company uses software for analysis, leasing, project management and monitoring of clean energy projects.

Ithaca’s energy saving initiative stems from the city’s Green New Deal, which was adopted by the Common Council in 2019. Among other things, the plan calls for community-wide carbon neutrality by 2030. To that end, the city would like to fill its power needs with 100-percent renewable electricity by 2025 and halve its fleet emissions within the same time frame.

Aiding this endeavor, New York State earlier this year awarded Ithaca a $100,000 grant, which was matched by the city, to hire a director of sustainability and create an actionable plan. Simultaneously, the city adopted a green Ithaca Energy Code Supplement (IECS) code requirement for new buildings and major renovations. Effective Aug. 4, the supplemental code requires “that all new buildings be constructed to produce 40 percent fewer greenhouse gas emissions than those built to (New York State) code. The IECS will become more stringent in 2023, requiring an 80 percent reduction in emissions. Starting in 2026, net-zero buildings that do not use fossil fuels will be required (with exceptions for cooking and process energy).”

The code also encourages affordability, offering flexibility for builders to comply “using the prescriptive Easy Path, which is a customized point-based system, or using the performance-based Whole Building Path,” notes a brief from the city about the code. Costs are reduced through savings from electrification, renewable energy and affordability improvements like efficient buildings shapes.

Notably, the supplemental code is an overlay to the state’s energy code, not a replacement. All other applicable code requirements must still be met.

“We applaud the City of Ithaca’s bold vision and progressive plan to reduce fossil fuel dependency, improve the health and quality of life for its residents, embrace environmental social justice issues and fight the effects of climate change today to build a better tomorrow,” said Donnel Baird, CEO and co-founder of BlocPower. “Mayor Myrick, Ithaca’s Common Council and Planning and Economic Development Committee members have all demonstrated incredible leadership on this issue, and their hard work has laid the groundwork for other cities across the U.S. to follow.”