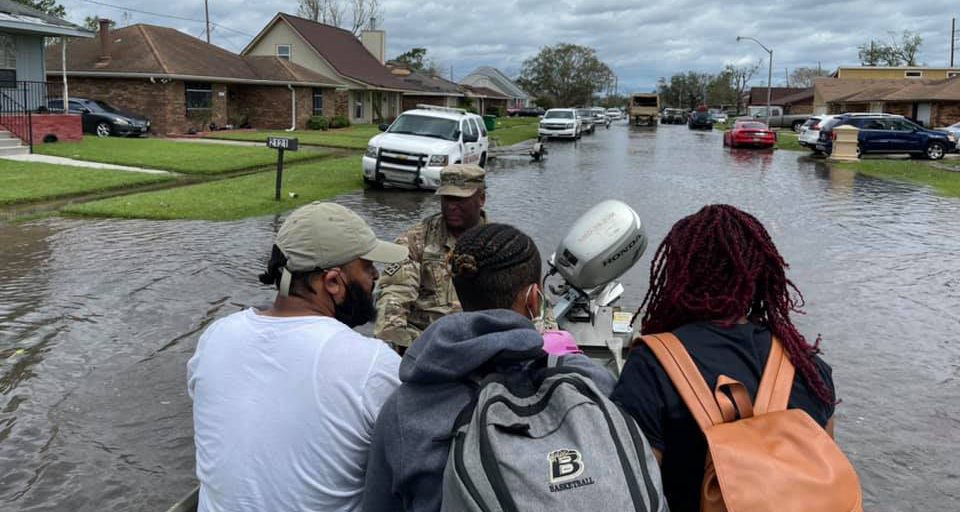 It’s been about two weeks since Hurricane Ida swept ashore in Louisiana as a Category 4 storm, bringing with it catastrophic rainfall and forceful 150 mile per hour winds. Leading up to the storm’s landfall, much focus centered around whether New Orleans’ storm infrastructure, which was completed following the devastation of Hurricane Katrina, would hold up to a real-world test—it did.

In the aftermath, it’s clear that Hurricane Ida wasn’t a followup to Hurricane Katrina. But while headlines have moved on to other topics, cleanup efforts are ongoing as the region continues to take stock of damages. An analysis by CoreLogic, a California-based data solutions provider, estimates $27 to $40 billion in losses from the storm.

“Total insured flood loss for residential and commercial properties in Louisiana, Mississippi and Alabama is estimated to be between $6 and $9 billion, which includes both storm surge and inland flooding,” the analysis says. “Insured wind losses are an estimated additional $8 to $12 billion. More than 90 percent of the losses are estimated to be in Louisiana, primarily in the nine parishes in the New Orleans-Metairie-Hammond metropolitan area and in the Ascension, Lafourche, Livingston and Terrebonne parishes immediately to the west.”

As of Tuesday afternoon, nearly 100,000 people were still without power as service providers continued to work to get the grid back up and running, notes a statement issued by Entergy power. Initially, there were more than 900,000 people without power, many in the heavily impacted river parishes, Bayou Region and the region’s I-55 corridor.

“This progress is a testament to the dedication of our tens of thousands of workers and their willingness to do whatever it takes for our customers,” said John Hawkins, Entergy Louisiana vice president of distribution operations. “For those who are still without power, we want you to know that we won’t rest until every light is back on.”

The storm damaged more than 30,000 poles—more than did hurricanes Katrina, Ike, Delta and Zeta combined—36,000 spans of wire and nearly 6,000 transformers, the statement notes. Nearly 80 percent of those broken or damaged poles were in the most heavily impacted areas. Entergy anticipates that “all customers who can safely receive power will be restored by Sept. 29, crews will continue moving into those regions to help improve upon those restoration times.”

In other areas of government, schools impacted by flooding still haven’t reopened, leaving tens of thousands of students out of school until at least October—maybe even longer. The cleanup effort extends well beyond the Gulf Coast.

New York City’s metropolitan area saw major flooding as the storm passed through the region. In Passaic, Paterson and parts of Clifton, New Jersey, for example, there’s been a Boil Water Advisory in place for weeks after a sample came back positive for coliform bacteria. The Passaic Valley Water Commission—the state’s largest drinking water provider—issued the alert a few days after the hurricane passed through the Northeast, citing excessive water run-off that had contaminated the New Street Reservoir.

The region has been distributing bottles of water for those in the affected area since the advisory was put into place.

Compounding the recovery efforts in the South, especially, a second storm, Nicholas, made landfall early Tuesday morning along the Texas coast as a Category 1 hurricane.

“It will be a very slow moving storm across the state of Texas that will linger for several days and will drop a tremendous amount of rainwater,” said Texas Gov. Greg Abbott ahead of the storm’s arrival. “People who are in the region affected by the storm need to be prepared for extreme high water events.”

When the winds subside in southwestern Louisiana, the National Weather Service projects “over a foot of rainfall with isolated totals up to 20 inches is anticipated. Anywhere from 5 to 10 inches of rainfall with locally higher totals is expected for the duration of this storm from far east Texas to the central Gulf Coast.”

Ahead of that anticipated rainfall, flash flood watches have again been hoisted throughout the region. Emergency decelerations were issued in impacted states leading up to Nicholas’ landfall. In a statement, Gov. John Bel Edwards noted that, along with Hurricane Ida, the state is still recovering from hurricanes Delta and Laura, which passed through last year.

“It’s vital that we have as many resources as possible to respond to the forecasted heavy rainfall, potential for flash flooding and river flooding across central Louisiana and all of South Louisiana,” Edwards said. “Louisiana has been tested time and time again, but our strong partnerships at the federal, state and local level are key to our communities standing back up and recovering. I am constantly motivated by the strength of Louisianans as we continue to weather these storms.”