Wikimedia Commons/Metropolitan Transportation Authority of the State of New York 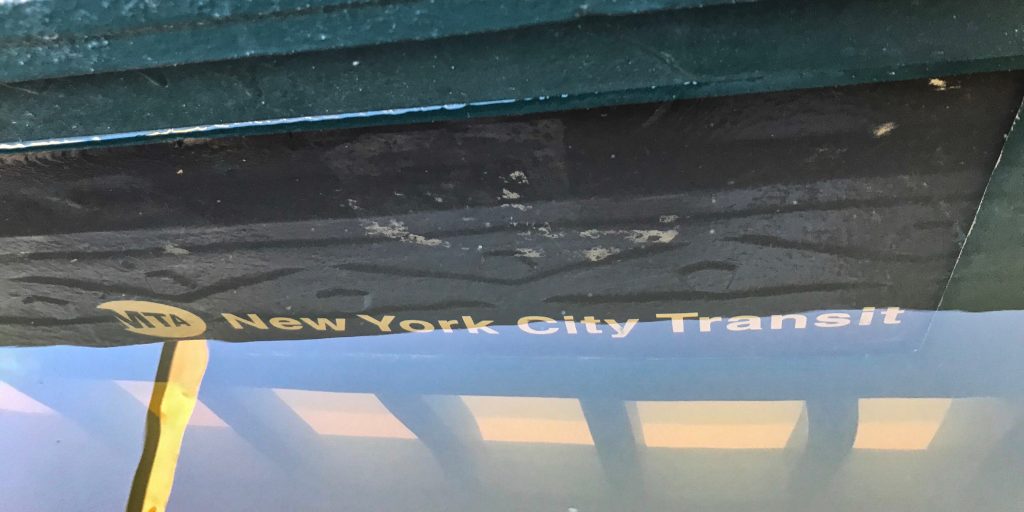 On Wednesday, flash flood advisories were hoisted throughout the East Coast. Meteorologists warned of extreme rainfall and the potential for flooding as the aftermath of Hurricane Ida, which made landfall in New Orleans on Sunday, swept across the already water-saturated region. Even so, Thursday’s catastrophic flooding of the New York City metropolitan area seemed to take many by surprise.

For decades now, climate scientists have warned of increasingly severe floods (particularly on the East Coast) as the planet warms. In a 2007 analysis of the New York subway system’s resiliency by the Metropolitan Transportation Authority, for example, it’s noted that “Columbia University’s climate change experts predict that the threat of flooding in the MTA system will only increase due to sea level rise, extreme weather events and a disappearance of permeable land in the region.”

Five years after that report was released, Hurricane Sandy made landfall. As researchers had warned, the city’s infrastructure wasn’t able to handle the heavy rainfall or accompanying tidal surge. Water poured into the subway tunnels. Electrical grids went offline. Wastewater treatment plants overflowed. Thousands of homes were destroyed by rising water, fire and wind. At least 43 people died. The economic loss from Superstorm Sandy was estimated at around $19 billion, with another $32 billion needed statewide.

Since then, billions have been invested to harden the city’s infrastructure against future natural disasters. The MTA, for example, added a drainage system, plastic track ties and floodwalls to Staten Island’s St. George Terminal. Elsewhere, a seawall was built around the 207th Street Yard, among thousands of smaller improvement projects.

But if Wednesday’s storm is a sign of what’s to come, those updates might prove to be a temporary fix. Despite the city’s best mitigation efforts, images emerging from Hurricane Ida’s journey across the NYC metro area depict scenes reminiscent of Superstorm Sandy—of floodwater again cascading into New York’s subway tunnels.

That’s because New York’s subway system wasn’t designed to be weathertight. Instead, gratings and entrances were built to allow people and air to freely circulate, according to a report on the city’s subway flooding problem published last month by the Regional Plan Association, an NYC metro area-focused economic development nonprofit.

“Wet subway woes are not new in New York. Even on a dry day, about 14 million gallons of water are pumped out of the subway system.  Now, however, ‘once-a-century’ flood events occur every couple years, regularly inundating stations despite earnest efforts from the Metropolitan Transportation Authority,” the report reads. “The (MTA) has invested $2.6 billion in resiliency projects since Hurricane Sandy, including fortifying 3,500 subway openings like vents, staircases and elevator shafts against flooding.”

It’s not just the subway system that wasn’t intended to handle semi-regular flooding. Based on flood models built by the Regional Plan Association and the Department of Environmental Protection Agency, it’s clear “the city’s sewer infrastructure was not designed to handle rainstorms of such magnitude,” either, the report says. The city’s century-old infrastructure is showing its age.

And increasingly, catastrophic stormwater events are becoming the norm.

A few weeks ago, on Aug. 21, New York City saw a record amount of rainfall: Almost 2 inches fell in Central Park in one hour starting at 10 p.m. That record was shattered Wednesday when 4 inches of rain was recorded at one facility in a single hour. Across the New York Metropolitan Area, upwards of 8 inches of rainfall fell during the storm.

Scientists say it’s a harbinger of what’s to come.

Along the East Coast, “The mid-2030s, in particular, may see the onset of rapid increases in the frequency of (high-tide flooding) in multiple U.S. coastal regions. We also show how annual cycles and sea-level anomalies lead to extreme seasons or months during which many days of (flooding) cluster together,” according to a study from NASA published in June by the journal Nature Climate Change.

Beyond infrastructure updates, the New York Academy of Sciences’ 2019 report notes that rising sea levels will eventually flood some neighborhoods altogether, forcing residents to migrate to higher ground—infrastructure will have to move along with it. Currently, about 400,000 people live in New York City’s 100-year floodplain, according to a study on the impact of climate change in New York City published in the Proceedings of the National Academy of Sciences.

Rebuilding and updating infrastructure to address climate change is a mammoth project. In this, cities and counties should take a proactive, not reactive approach, based on the findings of the Regional Plan Association’s report.

Resiliency projects “will likely be some of the most expensive we undertake in the next generation,” the report continues, laying out a few suggestions New York City, in particular, might consider adopting once the floodwaters have receded.

“The city should prioritize transit oriented development and land value capture mechanisms that aim to reduce or slow the release of stormwater into the right of way, sewer systems, and transit infrastructure,” the analysis reads. Additionally, it should “prioritize implementation of the unified stormwater rule, which will require projects on lots sized 20,000 square feet or more to install stormwater retention systems and/or a detention tank to slow the release of runoff and waste water into the sewer systems.”