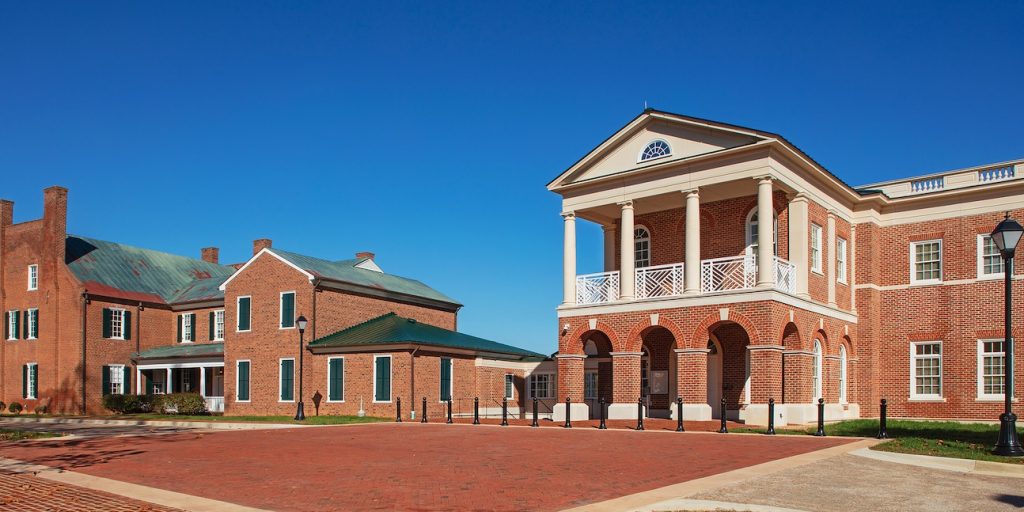 Vibrant civic centers are a defining characteristic of a great many cities, towns and counties across the United States, and often linked to the historic roots of the community. There’s been a refreshing push in recent years to transform historic and aging buildings into modern facilities that continue to serve as civic gathering spaces rather than construct new municipal buildings on a greenfield site far from the traditional town center. With technology-dominated lives and an all too familiar sense of disconnection from others, ensuring physical gathering places and a sense of in-person connection, such as a courthouse green or town square, is more important than ever.

Civic buildings and the civic centers in which they are located have served this function in the past, continue to do so in the present, and are well-positioned to be that community anchor into the future.

As with any project, your audience is the best place to start. Fortunately for local government, a focus on citizens is a foundational value, along with stewardship of public resources. Although you probably have a strong sense of what your citizens want, it’s still important to ask them. Include citizens early and often in the planning process. Based on your outreach and the feedback you receive, think hard about your stakeholders and what matters to them.

Additionally, the more that citizens are involved in the planning process, the more likely they’ll engage with the civic spaces.

A renovated and new courthouse complex in Fredericksburg, Va., offers a good example of engaging with stakeholders. This city has a historic center that serves as the community’s hub. Although a collection of three courts buildings were in use in the historic core, all three were inadequate to meet current courthouse standards for safety, security or efficiency. After discussions with key stakeholders of various options, city officials recognized the value of keeping the courthouse in the city center, on the same street the courts had been occupying for more than a century. Although this approach resulted in some design and construction challenges, given the tight nature of the sites in the downtown core, the result was a consolidated courts complex that included a new building and the extensive renovation of an adjacent existing facility. Dividing the courts program into two buildings allowed better integration into the historic city fabric, while taking advantage of city-owned land. Citizen guidance was vital in making the right decision. The new and renovated complex blends seamlessly in the city’s historic downtown and has become a noted point of pride.

Focus on the details of urban design

The courthouse complex in Fredericksburg highlights another best practice: attention to detail. The details truly matter when it comes to civic spaces. The first detail to tackle is a building’s placement. How does it relate to the street? How do citizens approach and interact with the building?

The spatial perspective of pedestrians is a key consideration because we engage with civic spaces on our feet. Think about how staff and citizens walk up to and around a municipal facility, such as city hall or a courthouse. Landscaping is another detail because it ties a building to its surroundings. Focus on plants and walking surfaces as well. These details shouldn’t be afterthoughts, but part of early conversations and intentional decisions. Civic buildings have an opportunity to shape public, civic spaces that enhance community life. Recognize that the spaces between buildings are as important, and perhaps more important, than the buildings themselves.

Parking is yet another detail that requires thoughtful consideration. Avoid the tendency to make parking a dominant element by automatically adding a large surface lot, especially in an urban context. Should it be dominant? Can you hide the parking or move it so it doesn’t interrupt the centralized civic space you’re creating? Is there an opportunity to use existing available parking for shared uses? Is there a quantity of on-street options that provide ample parking hidden in plain sight?

Whether you’re renovating an historic structure or building a new facility, traditional architectural and urban design principles should be considered for precedent. Of course, contemporary approaches have value, but when it comes to civic spaces, timeless principles of design have the embedded wisdom of the ages. For example, citizens recognize the civic importance of courthouses and town halls because of well-established architectural and spatial clues.

Traditional elements also tend to have the benefit of staying power. Simply put, these buildings last longer. Brick and stone are popular because they’re durable, enduring and become associated with meaningful institutions. Likewise, traditional approaches boast an efficient use of space and are often more energy efficient than contemporary architectural trends.

Following a feasibility study for the historic courthouse square in Charlotte County, Va., a new courthouse was recommended to be built that would bring together the various courts and associated services, formerly housed in multiple buildings. New construction was respectfully designed to fit in with historic fabric of the courthouse green and the existing courthouse, designed by Thomas Jefferson. The new building relied heavily on traditional design principles, ensuring a connection to the existing structures while providing the additional space and modern amenities that were required.

As municipalities across the country examine their facilities and consider opportunities to reimagine or revitalize their historic civic spaces, it’s important to note the cultural benefit of such investments. Yes, new or renovated buildings can foster growth and greater efficiency, but they also boost civic engagement and community pride. Investing in historic civic centers provides spaces for citizens to engage more directly with their government and express pride in their local community.

Andrew Moore AIA, LEED AP BD+C, CDT is a senior principal at Glavé & Holmes Architecture in Richmond, Va. As founder and director of the firm’s Urban Architecture Studio, he seeks to create buildings and places that enhance community life in the public realm. Moore has worked with cities and counties to reimagine and revitalize historic municipal facilities and complexes. He can be contacted at [email protected].