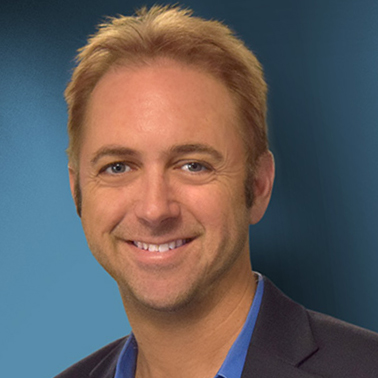 In a sense, citizens interact with government all the time. Each morning, the average American gets up, drives their car to work on government-built and operated roads, drops their children off at a government-managed school, then goes on to work where electricity, water, and other luxuries of our modern age await—the product of massive government infrastructure projects and round-the-clock efforts from countless public-sector employees. Government services are everywhere, keeping you safe from foodborne illness, protecting your family from crime, and simply keeping the lights on, but somehow they only become apparent when something goes wrong.

It’s unfortunate, but true: these achievements of our elected and non-elected officials aren’t usually what people think of when they think of government services. To many people, “government services” instead signifies something you have to sift through when you need to get your parking permit extended or make an addition to your master bathroom. Fair or not, they’re kind of like the viola section in an orchestra—you only notice them when they’re bad. And, like an out of tune viola, they have an outsized effect on citizen satisfaction with government when things go wrong.

Getting public services right at every level is important. Most localities have the basics, such as power and sanitation, sorted out. Far fewer have a satisfactory system for dealing with forms, applications, and other in-person visits, however. And when it takes an hour to pay a parking permit or months to get your project approved, it’s no surprise that citizen satisfaction takes a beating. Today’s citizens, accustomed to the rise of customer-centric business models in the private sector, expect more from government, and when there is a lag in public sector agencies adopting this model it brings down citizen satisfaction.

This is where the spectacular ascent of mobile technologies is actually a positive development for public sector executives (if properly applied). Yes, social media means that every frustrated citizen now has the digital equivalent of megaphone to voice their grievances, but the ongoing development of data analytics and the mobile economy actually offer unprecedented opportunities for leaders to make government services more efficient.

Consider the ubiquitous government waiting room. In the eyes of citizens, these spaces are the symbol of everything that’s wrong with government and bureaucracy. Thanks to the widespread adoption of mobile devices, however, the experience of going to a government office need no longer be a day-ruiner. Customer experience management tools, such as virtual queue management tools or online appointment scheduling, can eliminate lines altogether from these spaces, saving citizens time and improving office morale. Furthermore, the fact that most citizens carry a mobile communication device in their pocket allows for dynamic systems that update in real time to adjust to delays either from the government agency or the consumer.

These kinds of technologies can and should be applied throughout spaces of primary citizen-government interaction. Town hall meetings, for instance, could be arranged to offer scheduled slots for everyone who wants to speak, even busy working families. Inspections can include, by design, surveys or other methods for gathering feedback to improve quality and consistency. There is no longer an excuse to have citizens wait anywhere, from jury duty to government services.

These suggestions are akin to what’s going on with the push toward smart cities right now, but it’s applying those principles directly to citizen engagement. Data analytics, IoT, design thinking—these are all facets of smart cities that can be hugely effective when applied to government services. While smart freeways, moving sidewalks, and similar innovations are extremely important and should be pursued with enthusiasm, the data shows that “keeping the trains running on time” is not enough to produce satisfied, engaged citizens. Cities and counties must work to improve those essential personal interactions between citizens and government employees to make citizens feel heard and appreciated—like they do when visiting their favorite businesses.

Alex Bäcker is founder and CEO of QLess, a queue management technology company. He serves on the California Institute of Technology’s Information Sciences and Technology Board of Advisors.