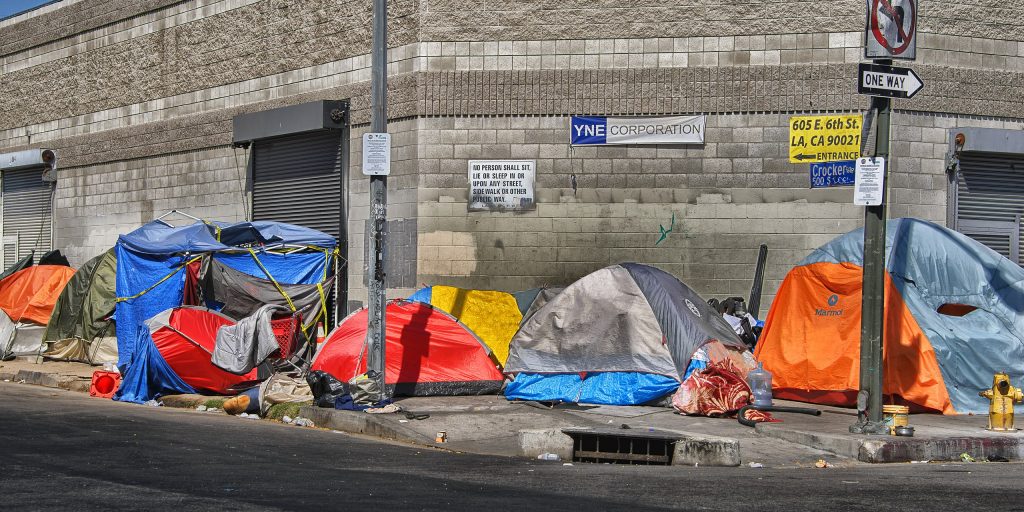 The housing crisis in Los Angeles is well documented. Last year, the region’s homeless services authority documented more than 60,000 unhoused people living in the greater Los Angeles area, an increase of about 20,000 people in the last five years.

The cost of living in Los Angeles is a driving factor—among others including historic racism, according to a recent judicial opinion—behind the ballooning data.

A pre-pandemic report from RentCafe—using data from PropertyShark, Yardi Matrix and the U.S. Census Bureau—for example, estimated the average cost to rent in Los Angeles at a little more than $2,500 per month, representing a 65 percent increase in the last decade. Comparatively, rent increased nationally about 36 percent over the same time period.

To meet the crisis, the Los Angeles City Planning and the Housing and the Community Investment Department (HCIDLA) recently released plans to add about 57,000 new housing units and accommodate nearly 500,000 total units over the next eight years. Titled “The Plan to House L.A.,” the draft calls for more than 200,000 of those units to be reserved for lower-income residents.

“This plan, our ‘Plan to House L.A.,’ was designed with our residents in mind, especially those who have been disenfranchised, excluded and left without housing because of wide wealth gaps and a lack of affordable units,” said Vince Bertoni, the city’s director of planning, in a July 1 statement. “We took it upon ourselves—as a city—to develop a series of strategies that would position us to be successful in confronting our housing challenges head-on. By carefully balancing production, affordable housing preservation and protection, we intend to create new access to housing, make significant inroads to end chronic homelessness, and keep Angelenos housed without fears of displacement.”

The announcement comes as Los Angeles is locked in ongoing litigation with the L.A. Alliance for Human Rights, a homeless advocacy organization that sued the city last spring challenging its response to the homeless crisis. The filing called on the city and county government to provide unhoused people with adequate shelter options.

In April, a U.S. District Court judge issued a decision on the litigation explicitly outlining structural racism as a defining factor that created the current crisis. In a more than 100 page ruling Judge David Carter ordered the city to address the problem in a number of ways, including by making land available for housing or shelters and creating reports on ways to address the problem.

In the ruling, Carter highlighted historical racism in direct relation to the city’s modern-day housing crisis. While Black people comprise 8 percent of the city’s population these days, Carter explained, they make up 42 percent of its homeless population.

In a section about the creation of Skid Row, a section of the city where many people live on the streets, Carter noted that, instead of renovating the area in the early 1970s as was suggested by some at the time, Los Angeles “adopted the alternative ‘Blue Book Plan,’ which sought to ‘contain’ homeless people to maintain the pristineness of the business district. The plan adopted a 50-block ‘physical containment’ zone designed to contain and perpetuate poverty.”

Among other things, the order, issued April 20, called on the city to provide housing to all unaccompanied women and children living in Skid Row within 90 days; to families within 120 days; to everyone else within 180 days.

The city has since filed a motion to dismiss the lawsuit on the grounds that, among a few reasons, “the court lacks subject matter jurisdiction and cannot provide the relief requested,” according to court documents. A hearing on that most recent filing will be held Aug. 9.

Meanwhile, in coming days and months, City Planning and HCIDLA will hold outreach events to collect additional community input about the newly developed housing plan. After the City Planning Commission considers the final recommendations, it will advance to the full City Council for adoption later this fall and will guide the creation and implementation of the city’s housing policy through 2029.

Notably, California state law requires the city to update its Housing Element every eight years and “demonstrate sufficient zoned capacity for housing to accommodate the number of units identified in the Regional Housing Needs Assessment (RHNA),” based on information from the planning department’s website.

According to a press statement about the proposed plan, it’s intended to “set new citywide strategies in motion to achieve a more equitable distribution of market-rate and affordable units across Los Angeles, providing quality access to housing for residents, including those with disabilities, large families and older adults. The draft plan establishes clear goals and objectives to inform future policy considerations.”

The strategies to meet those goals include rezoning Los Angeles to allow “for over 200,000 new housing units within three years of the plan’s adoption. The rezoning program will increase density and allowances for housing, particularly in neighborhoods with access to good jobs, schools and amenities.”

Along with the the housing plan, the city’s planning department has implemented a number of other programs to address the crisis. The Affordable Housing Linkage Fee, for example, requires that developers pay a fee ranging from $3 to $5 per square foot for commercial development and $8 to $15 for residential projects, with the money going toward affordable housing production. Since being enacted through an ordinance in 2019, the initiative has raised about $35 million, according to the planning department’s 2020 annual report.