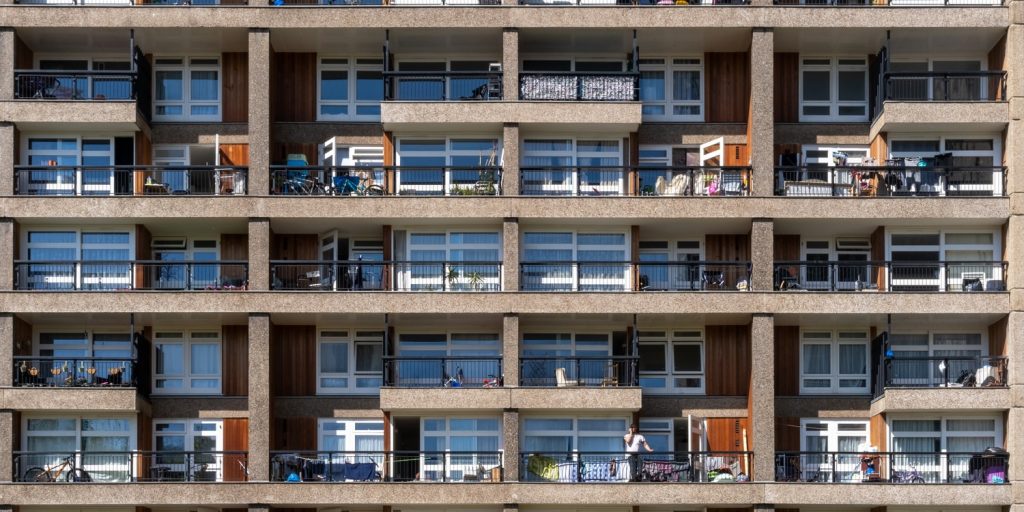 One of the main reasons the Low-Income Housing Tax Credit enjoys broad support on the political spectrum lies in its formation, allowing individual states to do with their federal allocation the authority to address local needs. State housing agencies decide every year as to their affordable housing priorities and publish their Qualified Allocation Plan (QAP). They have complete control as to the type of asset, demographic, geography, and services desired which will, at that point and time, serve the population best. Developers interested in accessing these credits to build or rehabilitate affordable rental units submit applications into a competitive process which is then reviewed against those certain priorities and selection criteria. This always evolving local policy structure has been in place since the Tax Reform Act of 1986 and remains the most successful tool for encouraging private investment in the production and preservation of affordable rental housing.

Prior to the pandemic, the unemployment rate was the lowest it had been in 50 years.  Even with amazing unemployment rates, affordable housing shortfalls continued to outpace growth. It was reported in the first quarter of 2020 that 25 percent of the nation’s renter households are in severe need of affordable housing. This need is predicted to exponentially grow due to a host of current and future economic factors. The severe shortage of affordable homes for extremely low-income renters is systemic, affecting every state and metropolitan area. These affordable housing shortages will continually compound, and renters will be forced to make impossible choices between shelter, food, healthcare, education, and other needs. The labor force will, therefore, need to adjust.  Seven of the 10 occupations projected to add the most jobs over the next decade, including medical assistants, home health aides, janitors, and food servers, provide a median wage which is lower than what is needed for a full-time worker to afford modest rental housing in the majority of metropolitan markets.

Renters who have disabilities, single adult care givers, seniors, and low-wage workers make up most of the low-income renters in the nation. Without affordable housing, the hourly wages earned do not go far enough to pay for both rental housing and service enrichment. It was estimated that 1.25 million units of service-enriched housing is needed nationally. In the context of Covid-19, record unemployment and growing economic disruptions make the case even stronger for service-enriched housing. Supportive housing for vulnerable populations is most effective when it features close coordination of housing, support services, and property management. Approximately two-thirds of housing finance agencies incentivize service enrichments, with about a third of those required through thresholds and set-asides. Services should be flexible, voluntary, and offer a comprehensive array of support. Services which help tenants sustain housing stability and meet life goals are best.

Several studies have shown by providing a meaningful set of services focused on putting the tenant population on a realistic path to self-sufficiency, decreases turnover and marketing costs, increases occupancy rate, and lowers economic losses to the property. The impact of these services on tenants-in-need or who are vulnerable is the improvement of the quality of life and the improvement of long-term health and well-being. Recent studies have shown stable housing improves individual health/mental health status. A Kertesz study done in 2007 following the housing crisis during the recession, indicated stable housing also resulted in high employment rates within 12 months compared to its control group. Stabilizing housing and coupling it with services are critical to local and national revitalization efforts.

In fact, service-enriched housing produces a tangible impact to the local communities by reducing the high utilization of local public safety, emergency services, and other public systems. The result generated significant public cost savings over time. In 2012, Los Angeles County’s Department of Health Services launched Housing for Health and partnered with RAND to evaluate the initiative. During a 2.5-year period, more than 96% of the initiative’s participants were stably housed for at least one year. The use of medical and mental health services dropped, including emergency room visits. The associated costs for public services consumed by participants, correspondingly, also decreased. Since then, both Los Angeles County and the state of California have committed tremendous resources to addressing barriers to housing and combining those with service enrichment.

In the middle of a pandemic during an election cycle, it is difficult to predict what legislation Congress will pass either before November or in the lame duck session after. But there is complete consensus across the affordable housing industry that Congress should act to quickly expand and reform the Low-Income Housing Tax Credit (LIHTC) program to better target the housing needs of the most vulnerable and those who will find themselves to have become the most vulnerable. Proposed reforms such as a 50% basis boost in tax credits for developments which set-aside units for vulnerable populations brings an important tool in financing, so long as the states do not cap the amount of credits to a single development which serves these vulnerable populations. Locking the federal tax credit rate to 4% will bring more utilization of private activity bonds which are highly underutilized in many states and will assist in generating more equity in all states which utilize private activity bond authority.  One of the Senate Finance Committee’s recommendation is the creation of a new 25 percent supportive service credit, which would fund reserves for resident services living in communities funded through the program. All of these changes at the federal level give individual states greater capacity to fulfill their goals.

Building on promising trends such as increased caps on multifamily loans for Fannie Mae and Freddie Mac, and income averaging there even more tools emerging for states to strengthen their housing programs, specifically as they evaluate the need and type of supportive services to prioritize. In 2018, Fannie Mae announced a second iteration of their Healthy Housing Rewards program. This program incentivizes borrowers who incorporate a system of resident services for their tenants with below market rate pricing. To be eligible, developers must adhere to the standards set forth by the Stewards of Affordable Housing for the Future’s Certified Organization for Resident Engagement & Services, or CORES, certification. CORES can offer states a blueprint for ensuring the most impactful services are scored in the QAP and ultimately provided to improve resident’s lives. Both Maryland and Virginia have formally incorporated CORES into their plans with other states exploring its potential.