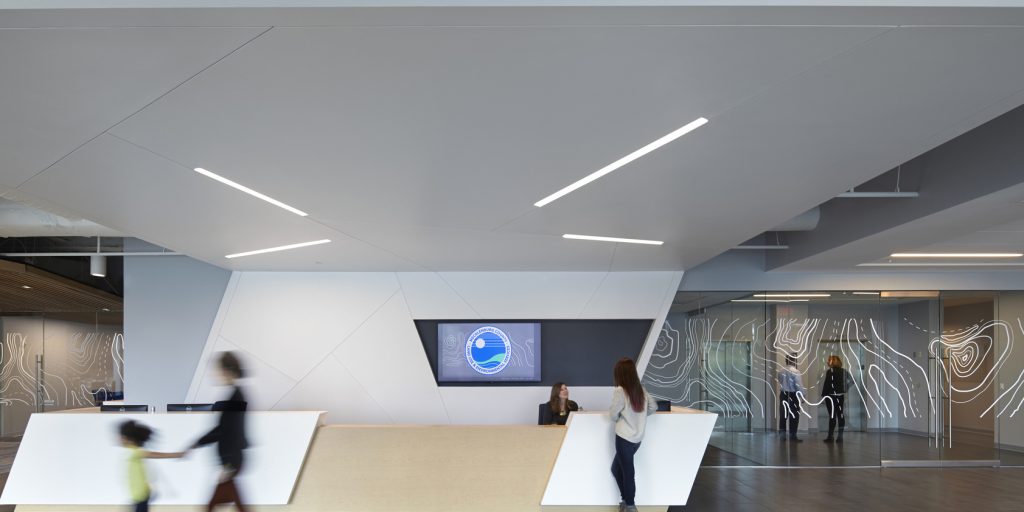 Designing city and county buildings for safety and accessibility

The challenge of making public buildings safe from harm is expressed right there in the name. Whether a city hall, county administration building, courthouse or community service center, they are symbols of democracy, often objects of community pride but also, sometimes, of anger or resentment. They attract gatherings for both civic celebrations and protests, and are also often the first and easiest target for a disenfranchised local resident. At the same time, they are where the public’s work gets done. They must be safe, yet they must also be open for business—literally so—in a democracy in which the government serves the citizens and not the other way around.

Design has a key role to play in maintaining the balance between openness and security, in promoting both security and democratic values. Fortunately, we have learned how to design buildings that are inspiring symbols of democracy that welcome citizens as valued visitors, while securing the safety of the officials and public servants within them.

The first step in security design is assessing potential threats. Knowing what we’re guarding against will allow us to deploy the appropriate design measures and weigh costs—in terms of dollars and openness—in each instance. Explosive devices, active shooters and mass protests each present different threats and call for different design countermeasures. And those countermeasures need to be integrated with security technology, engineering, and personnel training that is also tailored to the threat. In general, there are three areas to focus on when creating an open yet safe civic building: defense in depth, defense in structure, and defense within.

Providing defense in depth is a particularly effective design solution for facilities at risk of bombings or mob attacks, because the more we can keep threats at a distance from a building, the less we need to alter the building design itself. Where feasible, we need to provide space around the building: the farther away from a structure that an explosion occurs or that intruders are identified and stopped, the better.

Fortunately, we can defend buildings within this “standoff distance” in an imperceptible way that contributes to an attractive environment. Hardened and well-designed benches, fences, lampposts, signposts and bicycle racks, along with large trees, can all serve as vehicle barriers while enhancing the public realm. Amphitheater steps, water features and landscaped berms create grade changes that vehicles cannot surmount. Bollards should be the last resort, but they too should be designed to promote a sense of public dignity. Such elements can be sculptural, even whimsical, and serve their purpose.

For those especially symbolic buildings such as city halls and county seat buildings that attract mass gatherings, many of the above measures can also keep crowds at a distance and limit access to building entry points only via readily controlled channels. Infrastructure embedded into the grounds can provide footings for strong temporary fencing or pop-up barriers as well as for sound and video systems that in celebratory times can broadcast speeches and performances.

Defense in structure: use resilient materials

Many public buildings are embedded into street grids and fortunately so: their very tightness to the street makes them feel like a part of the community. To the extent they are subject to credible threats and do not have an established standoff distance, we need to engineer the structural systems, façades and windows to withstand explosive or ballistic attack. Rooftops seldom receive close design attention, but that should change to make sure our buildings have no soft spots. Fortunately, while such measures can add a marginal cost to construction, they do not significantly limit contemporary design aesthetics.

Moreover, many of these building system considerations will make our buildings more resilient against severe weather events. They also anticipate a threat that is still nascent: drone technology.

Defense within: separate employees and visitors

In the buildings themselves, we have our last lines of defense. It is here that we must grapple with one of the most persistent modern threats: active shooters and nonviolent security breaches that could jeopardize classified or proprietary information. Even less symbolic public buildings, such as departmental and permit offices, should be protected against these potential dangers. Entry points should be as few as possible, with separate entries for cleared employees and visitors. If possible, visitor entries should be in pavilions outside the building envelope, designed both to speed screening while also prohibiting access to the interior before screening is complete.

Inside, we can provide security best by separating visitor areas from employee areas, horizontally, vertically or both. The goal is to welcome citizens and unobtrusively limit access to non-visitor areas. High-attendance citizen services should be grouped on the entry level, with employees traveling from their work areas to the service area. Service areas should be well-lit and soothing, designed after hospitality settings. Access to the remainder of the building via elevators, doors and stairway entries should be controlled electronically.

On any floor where visitors are welcomed, reception and visitor meeting areas should be placed as close to elevators or stairways as possible, with access to work areas on the same floor also controlled by card reader. If the threat assessment warrants, drop-down or sliding corridor and staircase barriers can be installed to be activated in an emergency.

The events of January 6, 2021 at the U.S. Capitol called to mind Oklahoma City and September 11th, and it’s critical to remember that local government buildings are often considered much easier and accessible targets for unhappy citizens than these, making vigilance all the more critical. We have been reminded that public buildings have no choice but to respond to proven threats and anticipate new ones. In the coming days and years, the biggest challenge may be assessing tradeoffs and distinguishing between those threats that are more or less likely, all the while wrestling with finite budgets and balancing security and openness.

Still, our goal above all must be to keep our public buildings public, not to close them off from the public they serve. We have the kit of design tools we need to do that. Let’s be sure we use them.

Robert A. Peck co-leads Gensler’s Government & Defense practice. He served for eight years as Commissioner of the U.S. General Services Administration’s Public Buildings Service, responsible for design, construction, leasing and management for more than 375 million square feet of space housing more than 1.1 million employees with an annual budget of more than $9 billion. He received his B.A. in economics from the University of Pennsylvania and his J.D. from Yale Law School. He also was a U.S. Army Reserve Special Forces Officer.