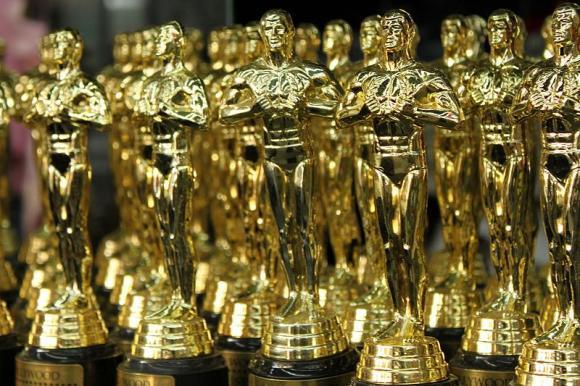 The 2018 Exemplary Public Servant of the Year awards

At the end of every year, American City & County honors those who went above and beyond to serve their communities. Read below to learn more about this year’s winner, first runner-up and second runner-up. 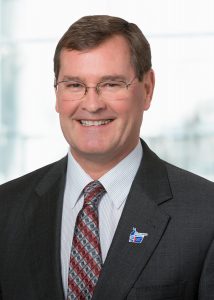 On July 19, an EF-3 Tornado ripped through Marshalltown, Iowa. It only took minutes for the historic town of 27,000 to be decimated. Scores of homes were destroyed, civic infrastructure was reduced to rubble and thousands of residents were left terrified in the wake of the destruction.

Despite the devastation, the community was able to take refuge in and rally around their city’s leadership. Although no one individual is an island during such trying times, Marshalltown Mayor Joel Greer made a clear and consorted effort to spearhead the unification and restoration of his city. For these efforts, he has been selected as this year’s Exemplary Public Servant of the Year.

Watching the two microcells approaching the city via smartphone app, Greer knew difficult work was ahead. When the storm hit, he was on the way from his home to the fire station – a ride that would usually take a few minutes. “It took close to an hour, and I still had to walk the last three blocks,” Greer says. “So many streets were completely blocked by trees, power lines were down… walking the last three blocks to the fire station, I recognized the steeple to our beautiful courthouse in the street.”

Chalk it up to fate, preparation or divine intervention, but there was no loss of life that night in Marshalltown. In fact, there weren’t even any serious injuries. “I’m not all that religious, but I think this was a miracle,” Geer says. And while all the resident’s lives were spared, the damage to the city itself was substantial. Marshalltown’s infrastructure and economy were absolutely in peril.

Knowing this, Greer looked for guidance. Through a nonprofit organization called Leaders Link, formed to connect mayors involved in disasters with one another, Geer was able to connect with the mayor of Tupelo, Miss., which had been ravaged during Hurricane Katrina, to learn from someone who had been there before.

With this perspective, Geer was able to use Tupelo’s experiences as well as his background practicing law, his understanding of service through the non-profit sector and his strong ties with the local business community to his advantage. Rather than seeing the storm as a crippling blow to the community, Greer saw it as an opportunity to reinvest in the community he serves.

But a community’s foundation is its economy, and there’s no way to rebuild if the economy crumbles. After the storm, Greer immediately went to work with his community’s job providers. He was not only able to solidify their commitments to rebuild, but he was also able to secure an additional million dollars in community investment. Marshalltown is now also courting developers to rebuild and expand its housing stock, so it can attract young families to keep the community healthy and growing.

In this way, there is opportunity in disaster. “In most towns, after a disaster like this, the town comes back better, stronger and bigger,” Greer says. “I’m convinced that’s going to happen here.”

Evidence of this, Greer says, is already presenting itself. The downtown area is once again vibrant. Restaurants are expanding. People are fixing up buildings they likely wouldn’t have before the storm. “We now have Sushi in Marshalltown, Iowa.” Greer laughs. “And it’s great.”

Joking aside, Greer understands Marshalltown’s recovery was and still is a team effort. He humbly accepted this year’s award, but praised his city staff for their efforts, diminishing his role and lauding theirs. Geer says the police chief, the fire chief, the city administrator and the scores of private and public volunteers were responsible for much of the heavy lifting, and that this award should honor them as well.

As the recovery process continues, Greer says he’s excited about Marshalltown’s future. For better or worse, the tornado brought the community closer together, and he sincerely believes the city will come back stronger because of it. 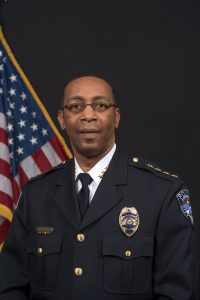 The Police Chief of Fort Smith Arkansas, Nathaniel Clark, has had a long career in law enforcement, and over his decades of public safety leadership, has developed forward-thinking, progressive ideas regarding police work. For this dedication to his community and profession, Clark has been named this year’s first runner-up.

After he assumed command at Fort Smith in 2017, his first order of business was to bridge the gap between the department and the community it served. Clark sought to achieve this goal by establishing several outreach initiatives, with community policing in mind. These include the coffee with the chief program, where community members can interact with their police department in a non-confrontational way to get to know the officers and express concerns they might have; the Ballin’ with 5-0 program, a basketball game between police officers and the community; and the chief for a day program, where residents have the opportunity to walk in law enforcement’s shoes.

Clark also established two advisory boards – one for citizens and one for rank and file officers – to understand the needs on both sides of the force, and to better understand how those needs should be addressed.

“I’m a firm believer that the citizens that we serve are our most important asset,” Clark says. “Without the citizens, there would be no need for us. The citizens are doing us a favor by allowing us to serve them… I believe in enhanced communication with the community, focusing on providing a customer friendly service delivery and providing a service that’s second to none in the nation.”

Clark also understands the importance of diversity. A police force should be representative of the community it serves, he says, and ideally, be made up of members of that community. Under his direction, last year Fort Smith hired 13 female officers – more than existed in the entire history of the agency. Additionally, January 2018’s new recruits were the most diverse group in the department’s history, coming from a variety of different backgrounds. In August of 2018, Clark hired the first African American female sworn officer.

Clark’s leadership and philosophy regarding policing have been transformative in his department and community. “I firmly believe Chief Clark is one of the most community-oriented law enforcement officers in the country,” Sergeant Wendall Sampson of the Fort Smith Police Department wrote in his nomination. “The value of this relationship building has been seen in the significant decline in reported crimes in Fort Smith to the lowest numbers in 3 years.” 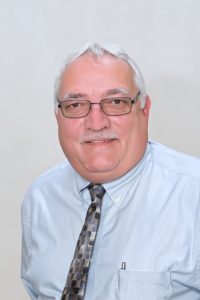 Robert Gibson’s visionary work with Baltimore’s fleets has resulted in not only a rethinking of how operations are run, but yielded tremendous cost savings. For his outside the box thinking and the results achieved because of it, Gibson has been named this year’s second runner-up.

Gibson began his career with Baltimore in 1978, working his way up from mechanic to managing the fleet. During this long career, he’s always been dedicated not only to the job, but to the people he worked with, and eventually, managed.

It was this philosophy that drove his Gainsharing Program. Last year, Gibson launched a pilot program, collaborating with Baltimore’s Department of General Services and the multiple labor organizations representing fleet employees to encourage and empower them to identify and implement operational changes to improve service outcomes and reduce costs. The program works by incentivizing employees to develop themselves professionally through certification programs and identify where efficiencies could be improved within the department through recognition and compensation.

“I wanted to get my technicians two things,” Gibson says. “Recognition and some money to go along with it. Words are cheap, and people need to be rewarded for what they’re doing.”

The six-month pilot program Gibson instituted in fiscal year 2018 resulted in nearly $350,000 in cost savings by avoiding projected costs without negatively impacting the quality of the services provided by his department. These gains were split between the city’s general fund, the fleet management department’s motor equipment fund and the individual employees, who all received a bonus check of $1,086.25.

And not only is Gibson forward thinking in regards to managing his workforce, but his progressive views of data analytics have also resulted in a fleet that is more efficient, more nimble and more cost-effective. In order to improve outcomes, fleets rely on accurate data collection and analysis. If this data is mined inaccurately, or misunderstood analytically, it turns into a “garbage in, garbage out,” situation, Gibson says.

By prioritizing accurate data collection and analytics, Gibson has increased vehicle availability for citywide agencies and improved his division’s ability to predict problems before they occur. This has resulted in all city departments who rely on the vehicles and equipment Gibson manages to provide better service to the residents of Baltimore.

“We can tell you how much a component cost when it was installed, how many hours have been logged and how much the job cost to the penny,” Gibson says. “We have every bit of information we could possibly need… We can check on our parts inventory, we can see what’s moving and what’s not moving, we can gauge exactly what we need to do by the data.”

This clarity allows Gibson to run his agency with customer service in mind – which gets to the heart of his management philosophy. “Here’s the difference,” he says. “You have to make sure you understand that you’re not just dealing with another agency, you’re dealing with a customer. You can’t see them as anything other than that.”

Gibson’s leadership has been noteworthy, and he’s inspired his colleagues, co-workers and subordinates alike. “He understands the long-term health of Fleet is only as good as the employees and technicians within Fleet,” Steve Sharkey, director of Baltimore’s Department of General services wrote in Gibson’s nomination. “He has continuously invested in his staff… he is clear-eyed about the problems faced by his division and seeks thoughtful forward-thinking solutions.