A street in Los Angeles. Image via Unsplash 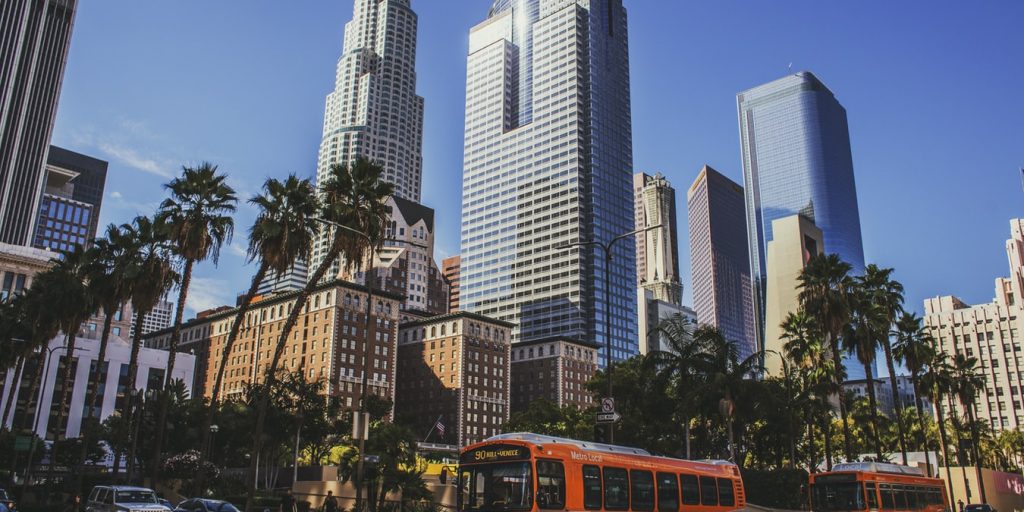 With respect to autonomous vehicles (AVs), city and state regulators are eventually going to confront hundreds of interrelated policy and economic issues in order to adequately prepare their roads and populations for safe, fair, and effective use. During the pandemic, city budgets have become strained, and regulators understandably have important and pressing financial burdens such as keeping businesses afloat and distributing vaccines.

However, even in 2019, through a poll of urban planners from over 100 U.S. cities, Massachusetts Institute of Technology (MIT) scholars found that only a third of the largest cities contemplate AV’s in their transportation plans. Even fewer had “clear plans” that embrace them as a key driver of sustainability, innovation, and economic growth. Most surveyed agreed that self-driving technology would require new regulations, but the most common rationale as to why they have yet to seriously develop a plan is that the future is too uncertain, they are waiting on rules from higher levels of government, and they do not have adequate resources.

Given the potential inevitability for pervasive AV adoption, cities would be wise to nonetheless develop policy measures soon as to not sacrifice the opportunity to leverage the technology, or worse, risk playing catchup after they reaching a critical mass, as many cities experienced with Uber and Lyft.

Los Angeles, one of the cities that has become a national leader in AV policy, recognizes that having the AVs interface and “talk to” city infrastructure is a prerequisite to efficient use. In 2016, the Los Angeles Department of Transportation released its foundational transportation plan, “Urban Mobility in a Digital Age,” which is widely viewed as the strongest example in the U.S. of a planning document for emerging AV technology. It was born from the view that with “22 million people projected to live in the Los Angeles metro region by 2040, coupled with diminishing natural resources and physical space, the current consumption of mobility in the form of one person in one car is no longer sustainable.”

Los Angeles city planners emphasize the premise that any future transportation system will fail without a centralized, usable digital inventory of its physical infrastructure. In other words, ultimately all cities will need to organize and give “transportation assets” like curbs, streets, sidewalks, traffic lights, airspace, and subterranean space a digital identity. Traditionally, a city agency might endeavor to do an annual rough inventory of curb features for planning purposes, or study one particular block in depth for a few days. Different departments may have disparate information. There is no quickly accessible or usable database of these items.

A Los Angeles policy initiative known as Code the Curb aims to inventory more than 1,000,000 signs, 37,000 parking meters, curb paint, and regulatory tools along 7,500 centerline miles of streets in Los Angeles. Another system called automated traffic surveillance and control (ATSAC) aims to link all traffic lights through one management tool, with goals of improving vehicle flow, reducing travel time by more than 10%, and increasing speeds during peak commute. Individual AVs will eventually link to this centralized system through a platform Los Angeles originally developed (which dozens of cities ultimately adopted) known as mobility data specification” (MDS). MDS is comprised of Application Program Interfaces serving as two-way communication channels between the private companies developing AVs and the cities, sharing live data and information to strengthen the entire mobility ecosystem.

Without public initiatives like these, the true utility and potential of AVs will be capped and stifled.   Dystopian scenarios of unchecked and unregulated AV growth could lead to “zombie cars” roaming the streets without passengers, leading to greatly increased traffic and vehicle miles traveled, which in turn would also cause increased road wear and tear and the accompanying costs. More importantly, it could be very dangerous. Without a centralized and interconnected system, each AV (especially those developed by different companies) would be shaded from what the others are doing. Each would depend on its own view of the immediate surroundings, with sensors and cameras that can fail or be obstructed by poor weather or road debris.

Instead, once complete, with this foundational digital infrastructure, the city will have a set of tools allowing for active pricing, management, and regulations. As AV’s develop, their navigation systems, sensors, and software will be able to digitally communicate in real-time with a single dynamic database to, for example, (i) interact with traffic lights, stop signs, SAV bus shelters, electric scooters and bicycles, wheelchair ramps, and parking spaces, (ii) more efficiently allocate traffic away from high areas of congestion to less disruptive curbside drop off spaces depending on the time of day, emergencies, or number of passengers, and (iii) allow citizens to more accurately plan door-to-door travel time.

The hope is to allow local officials, mobility companies, and researchers to have a common understanding of the physical environment they are operating in so that rules can be more equitably enforced, and companies can more easily comply with them.