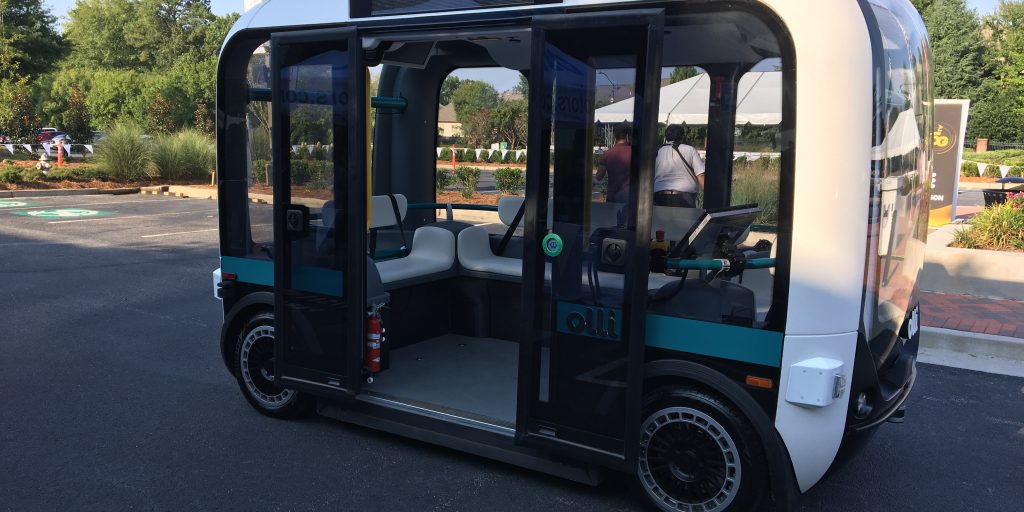 On March 9, Knox County Mayor Glenn Jacobs met with vehicle manufacturer Local Motors to present the company a tag that will allow its autonomous, electric shuttle Olli to operate on a Knox County road for testing purposes, according to a news release. Operating on Valley Vista Road will help Olli calibrate to mixed traffic settings, while a safety attendant supervises.

“Local Motors is one of the companies helping solidify Knox County’s position as an innovation hub,” Jacobs said in the release. Autonomous vehicles are the future. We are thrilled that Knox County is at the forefront of witnessing and helping this type of innovation move forward.”

Local Motors has a microfactory in Knoxville, Tenn., that is primarily focused on 3D printing materials, according to Local Motors’ website. Olli is the world’s first co-created, autonomous, electric vehicle.

“We’re excited to work closely with the mayor to advance the development and deployment of autonomous vehicles in Knox County,” Local Motors President Vikrant Aggarwal said in the release.

Working with connected and autonomous vehicle (CAV) manufacturers presents pragmatic opportunities to local governments in planning for their future.

“By piloting autonomous vehicle technology now, cities are able to ensure that any new policies and processes are city-centered and can be molded to the needs of people first and foremost,” National League of Cities (NLC) Senior Executive and Director of NLC’s Center for City Solutions Brooks Rainwater said in a 2018 announcement of the NLC’s report, “Autonomous Vehicle Pilots Across America.”

In 2019, the National Association of Counties (NACo) released its Connected and Automated Vehicles Toolkit for county officials that wish to follow Knox County’s example in preparing for the changes that CAVs will bring to communities.

“As significant advances in transportation technologies continue to be made, it is imperative that county officials, county engineers and transportation planners understand these advancements when making decisions about future needs,” NACo wrote in its announcement of the toolkit.