Photo by Henryk Niestrój from Pixabay 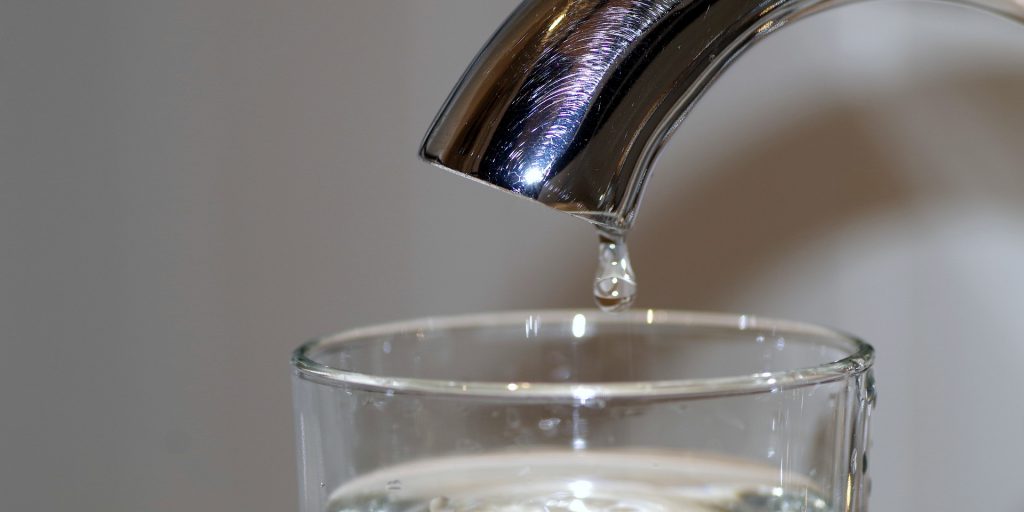 “We move Heaven and earth,” says Montana Birt. A transplant from Georgia, Birt is a pastor in a local church in Thorp, Wisc., the smallest of cities with a population of just more than 1,600. His more earthly endeavor, however, involves digging up and replacing lead pipes that threaten to poison his neighbors’ water in Thorp and in Eau Claire, Wisc., about 40 miles west.

We met Birt in the course of examining lead service line replacement programs in municipalities across the country. Big cities like Newark, N.J., or Denver often grab the headlines for their programs, but we set out to learn what smaller municipalities with lead pipes are doing to replace them.

The problem of lead in drinking water has a clear and viable solution: replace the lead pipes that connect water mains to individual homes and buildings. Unfortunately, the clear solution is muddied by the fact that some of that service line (from the curb to the house) is private, belonging to the individual homeowner or landlord. While removing the full service line is the best way to eliminate the threat of lead in drinking water, most municipalities replace only the publicside of lead pipes, leaving the other half of the problem in the ground. Partial replacement not only fails to address the whole problem, but in the short term, can disturb pipes and thus put homeowners at an even greater health risk. Alternatively, municipalities that require full lead service line replacement, but leave the onus on homeowners to pay the cost of private-side removal, put an unfair burden on low-income and middle-income communities who simply cannot afford it. This can also result in inequitable replacement across a municipality, in particular along racial and economic lines, according to an investigation of Washington, D.C.’s lead service line replacement.

We suspected that programs in smaller municipalities, especially those that tried to cover full lead replacement for homeowners, and in particular for disadvantaged residents, were successful for the usual reason: funding. We were right on that, notably in states like Wisconsin, whose policies and funding have helped the cities of Green Bay and Eagle River remove the last of their pipes, with Viroqua and Clintonville to aim for the same this year, and other cities to create programs of their own. Outside of Wisconsin, small cities around the country are piecing together any funding they can find to replace lead pipes.

Though funding is key, with the cities of Eau Claire and Platteville, Wisc., receiving state funding, that’s not the only reason behind their success. Eau Claire, supplemented its state funding with capital improvement funding. It also passed a city ordinance in 2020, mandating that homeowners replace their private-side lead lines if the utility comes across them in the course of its work, in essence eliminating the practice of partial lead service line replacement by also covering more than half of the average cost of private-side replacement. Birt, on Eau Claire’s list of approved plumbers, would occasionally even subsidize the few customers who couldn’t pay their portion, and based on what he saw in Eau Claire, urged his hometown of Thorp to reimburse a larger portion of private-side replacement.

Lane Berg, Eau Claire’s utilities manager, says communication is key. Not only did the city do intense public outreach, it also kept tabs on contractors throughout the city. When one of them opened up a road for a project and stumbled upon a lead service line, the city was informed and moved in to replace it while it was already excavated. Eau Claire has replaced roughly 260 private lead service lines to date and is awaiting more state funding. The only thing slowing Eau Claire down, according to Berg, is staff capacity.

Once a booming lead mining town, nearly all of the service lines in Platteville, Wisc., were once lead, according to Public Works Director Howard Crofoot. The estimated number of known lead lines nearly doubled to 600 after an initial inventory was completed. Like Eau Claire, the city decided to fund much of the cost of private-side replacement, and also applied for state funding to replace lead pipes in three licensed daycare facilities. Crofoot noted that the success of this program was largely due to a list of reliable plumbers with whom he established an average price upon, which the city based its reimbursement for homeowners, and then, in turn, encouraged plumbers to provide fair estimates to residents.

Growing increasingly concerned about lead contamination while watching the news coming out of Flint, Mich., Mayor Charles Lombardi of North Providence, R.I., became another local champion for lead pipe removal by launching aprogram from scratch, ultimately winning an EPA Children’s Health Award in 2018 for his leadership. Lombardiapplied for funding through the Community Development Block Grant (CDBG) Program, which funded the town’sprivate-side lead line replacement for low-moderate income (LMI) households and enabled the town to replace about 125 lead service lines for these residents over a three-year period. One downside to the CDBG funding, according to Program Manager Dean Martilli, was the bureaucracy of paperwork needed to determine LMI eligibility, a tall order for 1.5 full-time administrators—something that he says could go faster if replacement took place street by street.

A big boost for Lombardi’s program has been a close partnership with Providence [R.I.] Water, with a retail customer base of 77,000 and ownership of public service lines in the City of Providence and four neighboring municipalities (including North Providence). Providence Water has 11,000 public and 28,000 private lead service lines needing replacement, and just received a WIIN grant from the U.S. EPA, designated for small and disadvantaged communities. With this funding, the utility hopes to replace 1,400 private lead service lines (at a budgeted $4,500 each) over four years, a pace that will take roughly 80 years before all lead pipes are removed. Moving forward, both Martilli and his partners at Providence Water hope to see Rhode Island free up more funding for municipalities, especially when the EPA’s revised Lead and Copper Rule, pending the current regulatory freeze by the Biden administration, mandates lead inventories, exposing the extent of lead pipes throughout the state.

As we spoke with these smaller cities, several themes emerged on what makes a successful lead service line replacement program. For one, local champions can really lift a program off the ground and provide much-needed buy-in. Grassroots groups on the ground can serve as a critical bridge between local governments and the public, providing education and language translation, and ultimately building trust. Partnerships and regionalized approaches to lead removal cut down on stretched municipal resources. Close relationships with contractors and established prices from the onset are also helpful. To achieve full lead service line replacement, though, nothing works better than subsidizing or paying outright for the private-side cost for homeowners, especially in disadvantaged communities. Finding the funds to do this is paramount to removing the threat of lead in everyone’s drinking water, not just for those who can afford it.

As an essential worker on the frontlines of lead service line removal, Birt sees these programs as a win-win for all. He says that it’s been a joy to help his neighbors secure safe drinking water. While that personal touch cannot be replicated, what can be are municipal programs that focus on equity, foster local champions, cost-sharing and partnerships, and get downright scrappy about finding the necessary funds to remove the threat of lead in water for all.

Maureen Cunningham serves as Deputy Director of Water at the Environmental Policy Innovation Center (EPIC), where she is launching an incentive program for small cities to remove lead service lines, and is an elected Town Councilmember in Bethlehem, N.Y.. Olya Egorov is a Water Policy Intern at EPIC, completing her undergraduate degree at the University of California, Davis. Contact them at [email protected], [email protected] and www.policyinnovation.org.