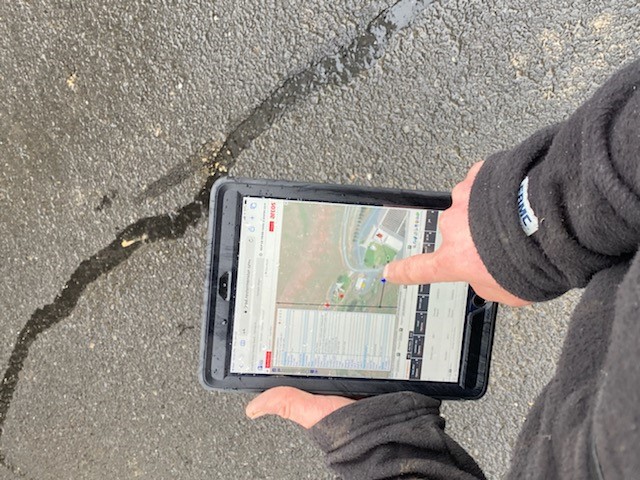 In January 2019, Riverside, Calif., Board of Public Utilities met for a public comment period to discuss, among other things, a software system for automating how the city utility called out and deployed workers for after-hours electric and water service emergencies. After utility representatives made a case to the board for buying the system, board members publicly discussed the merits of the purchase. Notable was a comment by board member Elizabeth Sanchez-Monville, who said, “It’s hard to believe in a utility our size – being the largest in the State of California – that we do things so archaically, and I think the average person – the average rate payer – would be shocked that we still do this so manually.”

Several years earlier and two states away, Grant County (Wash.) Public Utility District, which lies to the east of the Cascades in Washington, purchased software to automate:  the assembly of utility crews for emergency repair; filling a shift; and organizing for special projects. Like Riverside Public Utilities, Grant PUD had always leaned on dispatchers to dial each worker by hand for a callout, which supervisors say could take an hour or longer. Chris Heimbigner, a line superintendent for Grant PUD, believes the decision to automate callout decreased outage duration and response time. Grant PUD then began looking for ways to build on the success of automating crew callout and scheduling.

In 2018, the Washington utility hired Derin Bluhm as Chief Technology Officer to lead its strategy for modernizing its technology and IT approach. Bluhm brought a mix of experience as a CIO and CTO with the public and private sector. For instance, he led the IT department for a major U.S. city’s police department during a critical technology transition, managed a cybersecurity program for a public utility and served as CIO-CTO for multiple financial services organizations. Last year, under Bluhm’s direction, Grant PUD implemented a software-as-a-service solution, called Mobile Workbench, to help the PUD’s utility managers efficiently assign work to crews by automatically identifying not only a crew’s skill set but also which crew is nearest to the trouble.

Bluhm and Grant PUD integrated the Mobile Workbench, made by Columbus, Ohio-based ARCOS®, with the utility’s geographic information system (GIS), in part, to replace an outdated trouble reporting system. According to Bluhm, the Mobile Workbench gives field crews one, straightforward way to manage field order assignments, track work progress and collect work detail as it happens.

“We built on automated callout with technology to get our crews to where the trouble was by visually routing them there,” said Bluhm. “Our crews make notes, capture their time and use the mobile system to close out a work ticket.”

The utility’s crews also use the system to identify and accept a job, show they’ve completed an assignment and move on to the next work order.

“In the dead of a winter’s night, you don’t want crews fumbling with gloves and a laptop to accept work,” added Bluhm. “The Workbench app broadcasts work to the available crews most able to perform it; crews tap the app on their mobile device to accept a job, and they see the tasks and can dictate notes if needed.”

Bluhm says the system runs online and offline to give workers and supervisors directions and information on any asset. Crews don’t have to pour over maps and printouts that may not reflect what’s actually in the field. Bluhm also believes the Mobile Workbench improves safety because, even without automatic vehicle location (AVL) data from a vehicle tracking system, supervisors can instantly see a crew’s position, making the app “a secondary source of crew location in an emergency situation.”

Grant PUD managers note the Workbench software reduces “non-value-added windshield time by nearly 15 percent.” They arrive at that estimate from the savings coming from eliminating the need to work with faxed service orders, which can add a trip back to home base for a crew. Recently, Grant PUD expanded the use of its automated callout software for identifying and contacting available employees to staff its IT-service desk after business hours.

A novel use for the Workbench

Last January, when the novel coronavirus pandemic struck the United States, Grant PUD already had its Mobile Workbench system in place for crews to remotely accept trouble tickets. So Bluhm and his team expanded the use of the system to assign all types of field work digitally, thus eliminating any need for crews, supervisors and dispatchers to meet in-person to hand off orders. The technology allowed Grant PUD to maintain required social distancing, while reducing risks to crews and still deploying work.

“In a pandemic, what’s at risk is the availability of people to accomplish work and the ability to keep up under changed processes,” said Bluhm. “Automating callout was a building block for the resource management tools we’ve added since.”

As for the City of Riverside, like Grant PUD before it, the Board of Public Utilities approved the purchase of the automated callout solution. According to Riverside Public Utilities, the recently implemented automated callout solution should save the city $113,900 in paid wait time, and recover thousands of dollars in customer meter revenue. Plus, managers at RPU note, with situations like broken water lines, the delay tied to a manual callout only adds to potential safety and liability issues.

“For the members of our union, we also expect a more equitable distribution of overtime,” said Richard de Aragon Jr., Electric Operations manager for RPU.