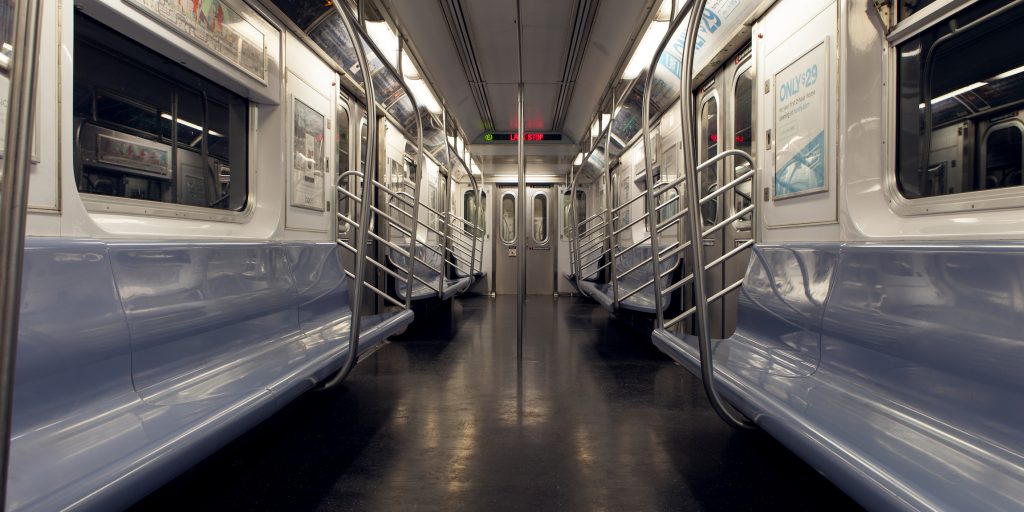 Public transit in a pandemic

Public transportation agencies are struggling to remain sustainable, and the effects of the outbreak will be felt for years to come

he COVID-19 outbreak has wreaked havoc across the globe in numerous ways. Obviously, disruptions within the healthcare system have been extreme with overwhelming waves of individuals becoming sick and needing care, and businesses have suffered extensive losses as shelter-in-place orders have forced them to close their doors to the public. Loss of life figures are sobering, and economic projections are bleak. However, there’s another essential service that’s suffering to remain solvent, and it’s a sector our cities will not be able to survive without – public transportation.

It’s not surprising that ridership decreased as the pandemic spread throughout the country, but what’s troubling is just how dramatically it plummeted. While individual ridership numbers are only realized by individual transit agencies, Transit app, a mobile app that provides real-time public transit data for over 175 metros around the world, used their data to calculate the decrease in demand for transit services. At the time this article was written, demand for public transportation through their app was down a staggering 71 percent.

On the one hand, these numbers are encouraging. Fewer people packed into subways and busses means fewer people are exposing themselves and others to the virus, but on the other hand, dwindling ridership means coffers are quickly drying up, as most public transportation systems in American cities rely heavily on revenue collected from fares to function.

Jim Allison, the manager of media relations at the Bay Area Rapid Transit, which serves the San Francisco Bay Area says this dramatic drop off was startling, but understandable. The agency had been preparing for the outbreak since mid-February. “Once the shelter in place order was issued for the Bay Area, we saw our ridership drop by 94 percent,” he says. “We went from 400,000 people to 25,000 people using our system every day.”

This decline caused BART officials to pivot, running fewer trains and closing stations earlier in efforts to stop revenue from hemorrhaging. While the system is now in a stable pattern, the future is unclear – particularly as it relates to funding.

“Before the pandemic, we were very reliant on what we call “farebox recovery,” the ticket paying passengers, almost to an extent that’s unprecedented in the U.S.,” Allison says, explaining that tickets, parking and advertising account for nearly 70 percent of BART’s operating funds. “Now, for the first time ever in BART’s history, next year’s budget is looking at sales tax revenue and property tax revenue as being the primary source of operating funds. We can no longer rely on that ridership – we’ve been crippled, quite frankly, by the drop-in ridership.”

This doesn’t mean all is lost, though. Allison says BART received funding from the Coronavirus Aid, Relief and Economic Security (CARES) Act – approximately $270 million – and the agency is continuing to advocate for more state and federal dollars to stay afloat during these uncertain times. Without this additional funding, Allison says BART would “have been in very dire straits.”

These stopgap measures, however, will not last forever. Allison is well aware that in order to move forward BART and agencies like it will need to amend their practices so riders will feel safe re-entering transit systems. One element of this – sterilization – is a massive undertaking. 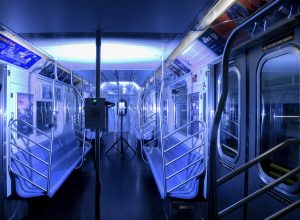 To re-open, BART has adopted a 15-step plan to ensure the public’s safety on their vehicles. Included in this plan are rigorous cleaning schedules, new seat configurations and longer trains to allow for better social distancing. BART will also be requiring face coverings, providing individual hand straps and encouraging contactless payment to reduce the public’s exposure to the virus. Allison shares they will be relying on the agency’s dedicated law enforcement department to help enforce the new guidelines.

BART has also been working with the business community to stagger shifts and allow for more flexible work schedules to decrease “peak ridership” times where train cars are packed with people, shoulder to shoulder. By spreading out employees’ start and end times or allowing them to work from home some of the time, employers can help mitigate safety risks in the future.

Across the country, another public transit agency working looking to increase ridership safely –this time using high tech methods to disinfect their busses, trains and facilities. New York City’s Metropolitan Transit Authority (MTA) is launching a pilot program – the first of its type – to use ultraviolet light to kill the coronavirus quickly and effectively.

The MTA will deploy 150 mobile devices that will blast subway cars and buses with high-intensity ultraviolet light to kill the virus, according to program materials. Ultraviolet light has proven effective in combatting the contagion in other settings, and the MTA along with medical professionals are hopeful the pilot program will prove these system’s effectiveness in transit settings.

“This is a first of its kind pilot when it comes to transportation agencies around the world and we are proud to be a part of it. For nearly three months, the MTA has worked relentlessly to disinfect our entire fleet of subways and buses, but we’ve always promised that we would explore any and all new approaches available to us as well,” MTA Chairman and CEO Patrick Foye said in a statement. “The launch of this pilot represents a promising next step in our ongoing efforts to identify technologies that can keep our customers and employees as safe as possible.”

Keeping riders safe is an essential part of building and maintaining public trust, and the MTA hopes its novel approach will help keep riders safe both now and into the future beyond the outbreak.

“This crisis creates opportunities to bring in new technologies to solve a once-in-a-generation challenge. The MTA is showing how it can rise to the occasion by innovating quickly and safely,” MTA Chief Innovation Officer Mark Dowd said in a statement. “We know [ultraviolet light] can help disinfect surfaces in hospital operating rooms, and we owe it to our employees and customers to experiment with it in our system to keep them safe. If successful, the results could help disinfect our buses and train cars, crew rooms and other facilities in a more timely and cost-efficient way.”

But innovative methods for keeping existing infrastructure sanitized and creative ways to keep riders at a safe distance from one another aren’t the only method public transportation is moving into the future. Rethinking how and what we ride is also a consideration.

The future on two wheels

Remember last summer when a slew of companies haphazardly dumped thousands of dockless e-scooters onto our nation’s sidewalks? While the execution left something to be desired, the idea itself wasn’t a bad one. E-scooters helped improve mobility in our cities, and often solved first-mile last-mile problems for residents. The issue was that when people weren’t riding them, they tended to accumulate in inopportune places, and damaged scooters began to pile up.

Peachtree Corners, Ga., thinks they might have solved that problem, though. Partnering with Go X and Tortoise, the city has deployed the world’s first fleet of teleoperated e-scooters. Simply put, using an app a rider will hail a scooter – much like they would call for a rideshare service, and a scooter is driven to them by a pilot located in a remote location. The rider hops on, takes control and drives to their destination. Then, the remote pilot resumes control and drives the scooter to the next passenger.

Peachtree Corners’ City Manager Brian Johnson says these scooters have the potential to solve a host of problems for public transportation agencies – some new, some old. First, with the ability to hail the scooter, riders are more likely to use them to get to a public transit hub, knowing they can do the same at their destination. First-mile, last-mile is no issue.

Second, because the scooters are operated individually, social distancing and sanitation are far less complicated. They aren’t enclosed vehicles and there aren’t as many surfaces that can become contaminated as a bus, car or subway.

Despite the challenges, Allison says we can’t lose sight of the critical importance of public transportation in our nation’s metro areas. These systems are vital to our cities’ social and economic makeups. Simply put, they cannot fail.
“
We consider ourselves a vital public service along the lines of water and electricity,” Allison says. Although the pandemic will be a defining moment in the history of public transportation – a “then” and “now,” if you will, he says “we need to be there for people who need to use us