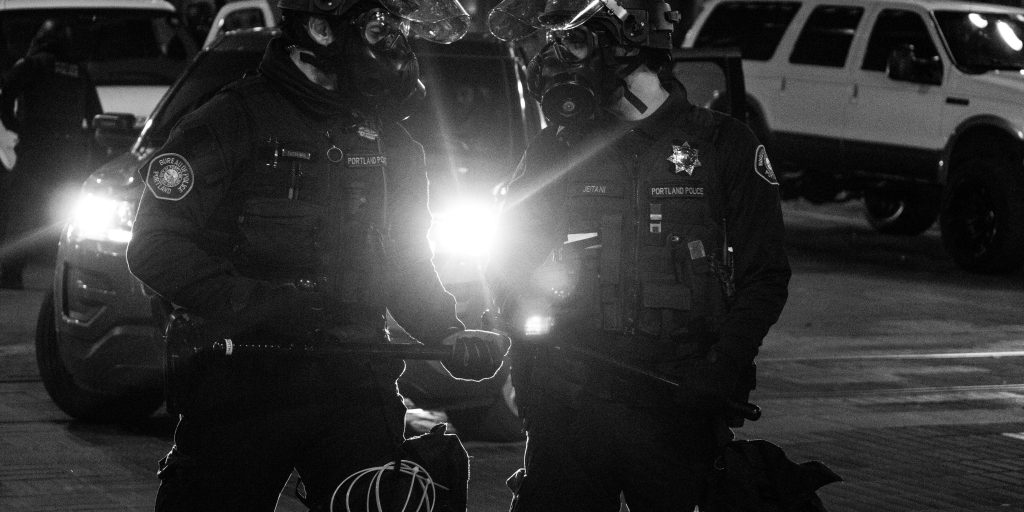 Portland mayor wants federal troops out of his city

Although they were deployed to help quell protests, the mayor and others are disturbed by what they say are unconstitutional tactics.

On June 26, the Trump administration issued an executive order to deploy federal troops to help quiet protests in Portland, Ore. The president defends the move, claiming they are keeping the peace, but local authorities are saying their tactics are unconstitutional. This weekend, the contention reached a boiling point.

Deployed with a mission of protecting federal property located in the city, the heavily armed, cameo-clad troops include officials from BORTAC – the Border Patrol’s equivalent of a S.W.A.T, team, according to The New York Times. Their controversial presence in the city, however, has escalated tensions between law enforcement and protesters, as well as the city’s leaders and the federal government.

“People are being literally scooped off the street into unmarked vans, rental cars, apparently. They are being denied probable cause. And they are denied due process. They don’t even know who’s pulling them into the vans. The people aren’t identifying themselves. And, as far as I can see, this is completely unconstitutional,” Portland Mayor Ted Wheeler said on CNN this weekend.

Demonstrations and protests over police brutality and racial inequality in Portland have been ongoing for over 50 nights now, and at points, protests have become violent. President Donald Trump has taken an aggressive stance on these demonstrations, telling local leaders that if they are unable to quell the unrest, the Federal government would step in. On Sunday he tweeted:

“We are trying to help Portland, not hurt it. Their leadership has, for months, lost control of the anarchists and agitators. They are missing in action. We must protect Federal property, AND OUR PEOPLE. These were not merely protesters, these are the real deal!”

The Democratic chairs of three House Committees, however, have responded to the intervention by calling for an investigation into the federal officers’ use of force, USA Today reports.

The mayor agrees the federal intervention is unnecessary and is causing more harm than good. “We’re demanding that the President remove these additional troops that he sent to our city,” Wheeler told CNN. “It is not helping to contain or de-escalate the situation it’s obviously having exactly the opposite impact.”