Photo by Randy Colas on Unsplash 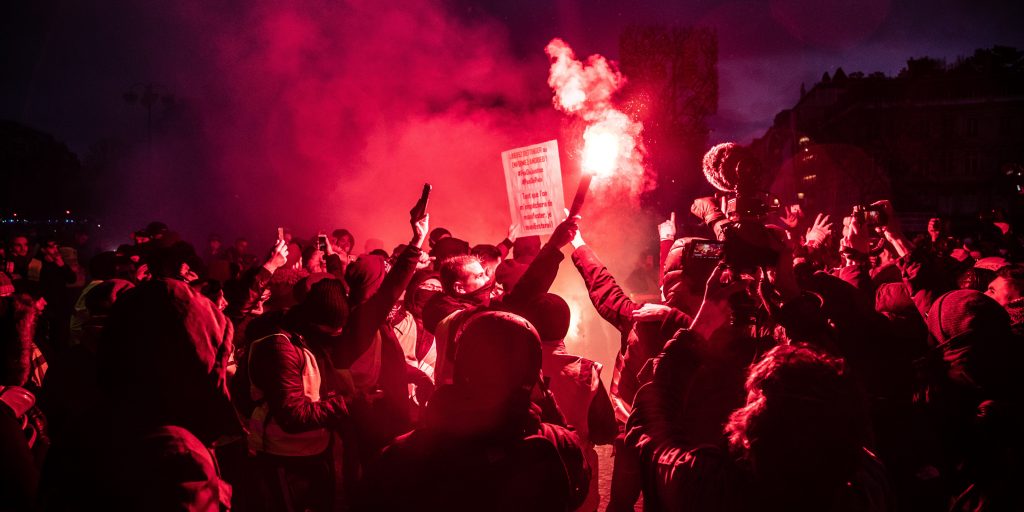 An American crisis: Riots break out across the country

Tempers boiled over across the country this weekend as protests in dozens of cities turned violent leading to property damage, loss of life and increasing tensions between the police and the communities they’re charged with protecting.

On May 25, a black man named George Floyd was killed while in Minneapolis Police custody. Videos of the arrest surfaced which depict a white officer – Derek Chauvin – kneeling on Floyd’s neck for over eight minutes as he pleads for his life. Three other officers were on the scene, and all four have been fired. Chauvin faces third-degree murder and second-degree manslaughter charges, CNN reports.

The video appalled viewers, who took to the streets in protest. While demonstrators were demanding justice for Floyd, many also protested the killings of Breonna Taylor in Louisville, Ky., and Ahmaud Arbey in Brunswick, Ga. For many, these deaths are indicative of widespread systemic racism and a broken American justice system.

The Protests, Riots and Mounting Tensions

The weekend saw numerous protests across the country – many of which turned violent. Police cars were torched in Atlanta, and businesses were looted in Minneapolis. In Louisville, a demonstrator was shot and killed by police, who claim they were returning fire on the crowd. Scores of videos have hit social media depicting scenes of chaos and violence, and numerous states of emergency have been declared, with many governors activating the National Guard and over a dozen cities setting curfews.

Protests in the nation’s capital became so violent, President Donald Trump was moved to the White House’s underground bunker Friday night and the Pennsylvania Avenue resident’s lights were turned off.

While the costs of the damage are yet unknown, it’s safe to assume it’s in the multiple millions. However, property hasn’t been the only thing damaged. Faith in America’s institutions has been shaken to the core.

President Trump is putting pressure on state and local leadership to get the protests under control. “Most of you are weak,” Trump told governors and law enforcement officials on a Monday morning call. “If you don’t dominate, you’re wasting your time,” said. “They’re going to run over you. You’re going to look like a bunch of jerks. You have to dominate.”

The president also took to Twitter, seemingly suggesting that demonstrators could be shot if property damage continues. In a message decrying the violence, Trump referred to demonstrators as “Thugs” and said, “When the looting starts, the shooting starts.” The phrase was used by Miami’s Police Chief in 1967 when putting down a riot, and presidential candidate and segregationist George Wallace the following year, NBC reports.

Trump’s response has been criticized by many, including long-time political adversary, Chicago Mayor Lori Lightfoot, who accused the president of trying to “foment violence.” The mayor did not mince words in her response.

“We see the game he’s playing because it’s so transparent and he’s not very good at it. He wants to show failures on the part of Democratic local leaders to throw red meat to his base. His goal is to polarize, to destabilize local government and inflame racist urges. And we can absolutely not let him prevail,” Lightfoot said, per the Chicago Sun-Times. “I will code what I really want to say to Donald Trump. It’s two words: It begins with F and ends with YOU.”

Lightfoot isn’t the only local leader to scrap with Trump over the past week. Mayor Muriel Bowser of Washington D.C. lashed out over the president’s criticism that she was not providing city police officers to help on Friday night, a claim she’s denied.

“While he hides behind his fence afraid/alone, I stand w/ people peacefully exercising their First Amendment Right after the murder of #GeorgeFloyd & hundreds of years of institutional racism,” she wrote. “There are no vicious dogs & ominous weapons. There is just a scared man. Afraid/alone …”

Despite the chaos and destruction, many local leaders are looking to a more positive future – although that future is unsure, it’s clear changes must occur. Speaking to Chuck Todd on Meet the Press, Atlanta Mayor Keisha Lance Bottoms said there are no easy answers, but violence is not the answer.

“We know the frustration is still there and all of the issues and all of the concerns and anger that were there on Friday haven’t gone away, The mayor said. “But this is more of a systematic issue that we’re facing. That’s going to take time for us to address. But certainly acknowledging the death, the death of so many innocent people in America, and it’s — there are no easy answers… [but] the solution is not to destroy our cities.