Image via City of Oakland 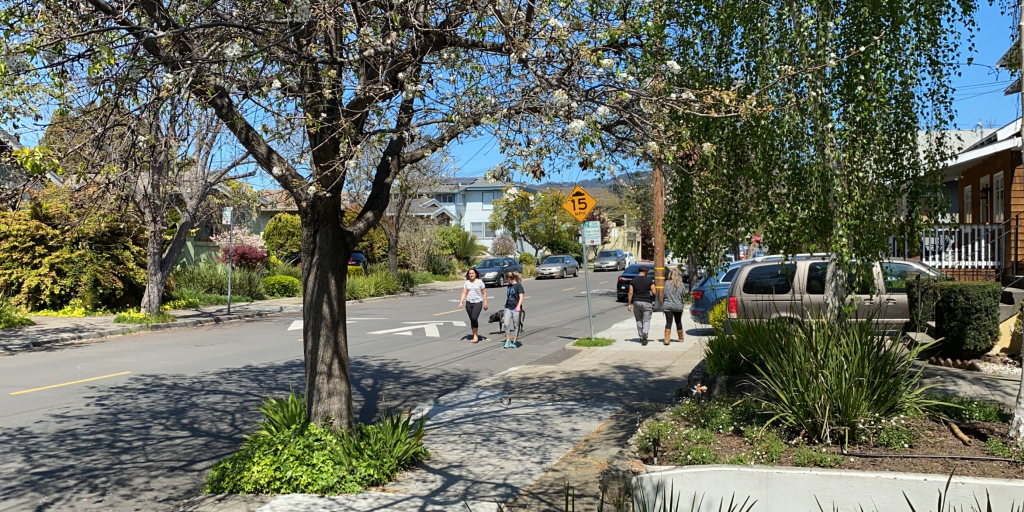 With traffic congestion down in cities across the country due to coronavirus-related shelter in place orders, multiple cities are now making it easier for people to adapt to social distancing by opening their roadways to pedestrians and discouraging motor vehicle traffic on the roads.

Oakland, Calif.’s Slow Streets program supports safe physical activity by closing what will ultimately be 10 percent of all Oakland streets, according to the City of Oakland’s website. Specifically, the city’s neighborhood bike routes will be closed to through traffic.

The program discourages motorists from using all designated Oakland Slow Streets unless using the road is absolutely necessary to get to a destination, per the city’s site. First responders will also be able to use the designated Slow Streets.

“Because of the reduction in car traffic, we will be closing off a number of streets so that bicyclists and pedestrians can spread out and take in fresh air safely on Oakland streets, free of cars,” Oakland Mayor Libby Schaaf said, per The Mercury News.

The program launched on April 11 as a pilot program with signage, traffic cones and barricades closing street segments that totaled 4.5 miles, according to the city’s site.

By April 17, the city had commenced an expansion of the program, implementing other soft closures to an additional 4.5 miles of streets, based on community feedback.

The Minneapolis Parks and Recreation Board has closed over 18 miles of road along lakes and the Mississippi River to through traffic since March 27, the Minnesota Reformer reports.

Denver has also closed three stretches of streets on April 4 to mitigate heavy use of city parks from residents under the city’s stay at home order, the Denver Post reports. The closures encourage people to go outside, but they should also obey social distancing guidelines.

“People need to use good judgment when utilizing these streets, just as they would any other time they leave the house, maintaining social distancing and wearing masks,” Denver City Spokesman Eric Escudero told the Post.