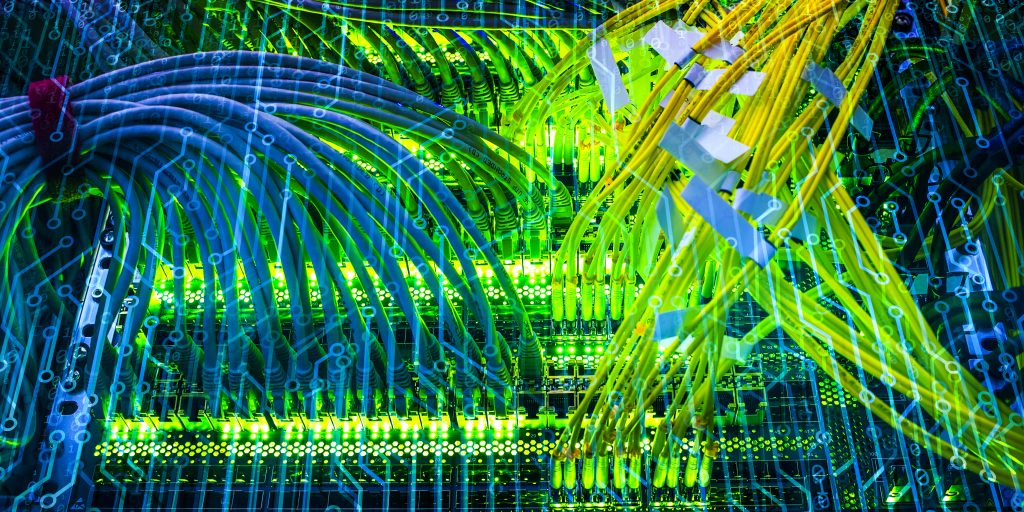 Artificial intelligence is a bit of a buzz term these days – but what do people really mean when they say AI? And why should local governments care?

First of all, AI is extremely misunderstood. We aren’t talking about HAL from “2001: A Space Odyssey,” necessarily; we’re talking about what Alan Turing speculated about “thinking machines” back in the 1950s. According to the Brookings Institute, AI is generally thought to refer to “machines that respond to stimulation consistent with traditional responses from humans, given the human capacity for contemplation, judgment and intention.” More simply put, AI uses algorithms to make decisions using real-time data. But unlike more traditional machines that can only respond in predetermined ways, AI can act on data – it can analyze it and respond to it.

The concept has been evolving and the technology has become more sophisticated, but it’s still a little nebulous – particularly for folks working in local government. It seems everyone kind of knows what AI is, but no one is exactly sure how they can apply it in their communities.

I spoke with Eyal Feder-Levy, the CEO and Founder of Zencity, an AI-based tool that helps local government leaders listen to and synthesize conversations going on in their communities on social media, about the implications of AI for local governments, and how they can utilize these new tools in meaningful, beneficial ways. The following is a gently edited transcription of that discussion.

Derek Prall: So, when you say you use AI tools to analyze social media conversations – crunch this data and make it meaningful – can you tell me what that means? How does this work?

Eyal Feder-Levy: Let’s use the current situation that local governments are facing as an example. First, I have to say I have nothing but admiration for local government leaders right now. Cities and counties are on the front lines of this global crisis that we’re facing – they have to create the policies that will respond to this. They have to shape the information that’s going out there. So in this current crisis, cities have a really important job to play. This means they have to constantly know what’s working and what isn’t working. They need to know if the messaging they’re putting out is resonating with people. They need to know if people are worried about child care or tax breaks for their businesses or are they worried about where to buy groceries. What are the things that they are prioritizing that we as local governments need to respond to in order for our communities to survive this crisis?

One of the only channels where we can still hear the population in this social distancing reality is online. People are talking more than ever on platforms like Facebook, Twitter and Instagram. We’re talking about a massive amount of data. If we take a city like Dayton, Ohio, we’re seeing somewhere along the lines of tens of thousands of these online conversations in a week. Where AI comes into play is that no one in city hall has the time to go over 80,000 conversations a week and try to make sense out of them. We can’t.
So it’s amazing we have this information, it’s amazing we have this data, but we have to find a way to make sense out of it fast. This is where we as a city use AI. These are basically algorithms that break down the data in meaningful ways so it can be acted on.

Prall: Okay – that definitely makes sense, but I want to take a bit of a step back. I think a lot of elected and appointed officials aren’t necessarily the most tech-savvy people. When you say “artificial intelligence” to someone who doesn’t consider themselves to be “good with technology” how do you talk about what this is – this as a concept. What is AI?

Feder-Levy: The first thing I want to say about AI is that it’s not robots coming to take our jobs – it’s not something scary that only mathematicians can understand. It’s actually part of our daily lives already. It’s embedded in the technological and software tools we use every day. It’s something that if we understand the basic concepts of it can be a very strong tool to help us automate a lot of things we don’t have enough staff to do on a manageable level.

To explain it in one sentence, though, AI is the ability to teach a machine – a computer – to imitate human intelligence – something a little more complicated than the things computers do. Generally speaking, when we give a command to a computer, the computer does exactly what we tell it to. It’s a very deterministic approach. We press X, the monitor displays X. AI is less deterministic. We don’t know the exact outcome will be. Things are a little more statistical, and in that way, we can imitate human behavior or human ways of thinking.

Prall: It’s a little more sophisticated than if I press A, B will happen. It’s going to interpret the intention of what I was trying to accomplish when I press A and give me more meaningful results because of it.

Feder-Levy: Exactly. The biggest advantage of computers is that they’re a little more efficient than we are. IF you want to, I don’t know, multiply two very large numbers – 1,356 times 2,708 – if you use a computer to do that it will happen much faster. Computers can work through the night. They don’t have families to go home to, they don’t get bored with repetitive tasks. But they can’t think. They can’t invent. They can’t do things that are highly complicated. AI bridges a little bit of that gap by saying, hey, what if we can teach a machine the same way we teach a human. If we show it enough examples then we can have it build a model or an algorithm that will help it recognize patterns and act accordingly.

Prall: So, your application at Zencity is focused on communication. Getting government officials meaningful input from their community. Is that the only application of AI right now in local government? What else are you seeing out there in the market?

Feder-Levy: Oh, it’s definitely not the only application. Our focus, for example, is as you said is to generate actionable insight for local government based on the insights of their residents. That’s how we use AI – natural language processing – but there’s a whole host of other applications. One that’s very common is video monitoring. We used to have this big room with a lot of screens showing security feeds with people watching them trying to not fall asleep. Today – with the use of AI – algorithms can say if something becomes different in this video, send me an alert. This is how the video should look, but if something that looks like a person comes into frame then let me know. Because we can’t show the computer what all of the different versions of a person look like on video, we have to use AI and give it a vague instruction.

You can also do the same thing with zoning code data. You can have a machine learning program go over zoning code applications and see if they are up to code or not. This helps make processes more efficient. There are a lot of different applications, and I think we’re just now seeing the tip of the iceberg.

Prall: I was going to say, it seems like this technology is in its infancy and we’re figuring out more sophisticated applications for it, we’re figuring out ways this could best be applied. What do you see the future of this being, particularly for local governments? I know we were joking that this isn’t evil robots taking your job, but maybe in the next 10 years or 20 years, how is this going to be integrated into the public space?

Feder-Levy: So, I have a background in local government. I’m an urban planner by profession, and one of the most interesting facts about local government is that we’re always short-staffed. There’s always a greater need than we have people to handle it. The people in local government are so talented but think about all the amazing things we could accomplish if we take the boring, mundane repeatable tasks out of their workflows. If we automate all those tasks, how much more creative would people be? How many more initiatives could we accomplish?