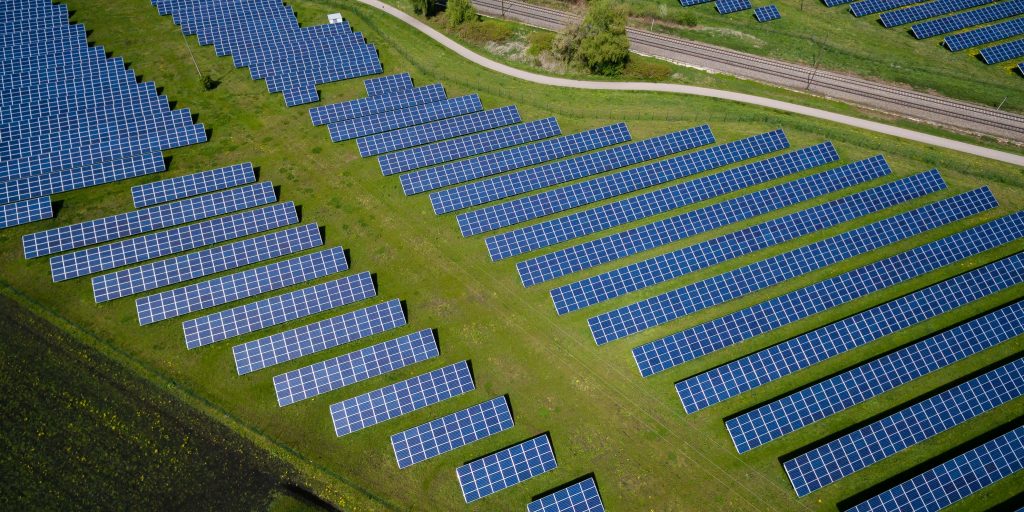 Solar-produced electricity used to be reserved only for science fiction and rich environmentalists, but this is no longer the case as Smart Cities across the nation have implemented solar power systems at a record pace in recent years. Thanks to federal and state subsidies, competition between solar developers, state sustainability initiatives, and improvements in technology, solar today has become quite affordable. It is now cheaper in many areas than both natural gas and coal.

City governments are taking advantage of these technological advances and lucrative prices by making solar a big part of their energy plans. For states like New Mexico, Colorado and Arkansas, the cities of the future have arrived.

One key driver for the uptick in the nation’s solar electricity production in recent years has come from cities setting ambitious sustainability goals. Las Cruces, N.M., for example, has pledged to reach a 100 percent clean energy goal by 2050. In the shorter term, this means getting 50 percent of its power from renewable energy by 2030 and 25 percent by 2022.

New Mexico began its solar installations a decade ago in order to take advantage of the state’s particularly high potential for solar, and both prices and efficiency have improved drastically since then. Lisa LaRocque, sustainability officer for the city of Las Cruces, notes that solar has come a long way and its affordability is a major factor in its popularity. “It’s more than competitive, it’s less expensive,” she says. “10 years ago solar was over $6,600 per kilowatt and now it’s well under $2,700 per kilowatt.” For reference, a 10-kilowatt system is enough to power a home with above average energy consumption.

Las Cruces buys its solar through a power purchase agreement where a third party owns and operates the solar panel system. Las Cruces ends up paying less than it would to the electric company and does not have to worry about the maintenance of the system.
LaRocque says that the energy transition to renewables like solar is inevitable, and she encourages city leaders to take the long view and embrace this trend early. “[This] energy transition is a paradigm shift,” she says. “Cities need to take the lead in describing what they want for residents, businesses and communities.”

Ambitious energy transitions are not always quick and easy. Moves to renewable energies take time and require a great deal of collaboration between different stakeholders.

Fayetteville, Ark., has been leading the way in progressive energy policies in the state as well as in the Southeast. Last year the city began fully powering its wastewater treatment plants from solar energy harnessed from two 5-megawatt systems installed on the 87 acres surrounding the facility. Between the wastewater plants and pump stations, this accounts for roughly 66 percent of the city’s total energy footprint.

According to Peter Nierrengarten, Fayetteville’s environmental director, the move to solar made sense. “We have a lot of land at the water plants, some of which was mostly degraded and best for installations,” he says. “We were able to sign a 20-year agreement for 100 percent power and at 3/10ths of a cent lower than what we were paying the electric company.” The city expects to save $6 million in electrical costs over the lifetime of the system.

Nierrengarten says a challenge for some cities can be getting the local government leaders, electric utility company, and solar developer to work together. “It was a $23 million project with obvious legal challenges in working out a framework between 3 entities, carving new ground and doing something that hadn’t been done before.”

Thankfully for Fayetteville, this solar initiative was the brain child of Ozark Electric, the nonprofit electric utility that serves Fayetteville and he surrounding areas. They approached the city with the plan for solar in February of 2018 and by November of 2018, an agreement was reached that was beneficial for all parties. Construction broke ground in March of 2019, and it was operational by September.
Nierrengarten encourages city leaders to start a dialogue early with the electric utility about solar. There are different options for cities to own or lease the systems themselves, depending on how involved they want to be in the maintaining and operating. “Do your homework, and pick a good solar developer to do the project for you,” he says.

Before actually considering solar developers and panel installations, it is important to make sure that the city’s infrastructure will be able to reap the full benefits of the transition. The city of Denver highlights the need to make targeted buildings as efficient as possible before switching over to renewable energies.

Denver has been moving towards clean energy for years and has set a 100 percent renewable electricity goal for the city’s 256 municipal buildings by 2025. Solar will play an important role in reaching this goal, but according to David Basich, city and county of Denver energy manager, the efficiency of buildings themselves need to be prioritized initially. “The key factor that people tend to forget or ignore is that buildings need be operating as efficiently as possible first before slapping a solar panel on the roof,” he says.

Efficiency improvements are being made to 44 of the total 256 municipal buildings as a starting point. They were chosen from looking at their usage trends and determining which buildings were in the highest need of efficiency upgrades and projecting how similar buildings would perform.

“The objective in the end is to try to reduce that electrical load as much as possible before we start to focus on the renewable side,” Basich says.

As for solar itself, the city plans to expand the installations and monitoring that it has already begun through partnerships with companies like Xcel Energy, an electric service company focusing on renewables, as well as implementing net metering and power purchase agreements for rooftop solar installations.

Upon achieving Denver’s renewable electricity goal, the city and county will save over $1 million in electricity spending and reduce their annual carbon footprint by about 62,000 metric tons. That roughly equates to the annual carbon emissions from 13,400 passenger vehicles.

There a number of attractive features to these solar initiatives beyond the price tag and benefits to the environment. One of the biggest is job growth. According to a recent report by the nonprofit The Solar Foundation, U.S. solar jobs grew five times faster than the overall economy between 2014 and 2019, adding 76,000 jobs. Solar job growth occurred across 31 states with Florida, Georgia, Utah and New York topping the list. Most of these jobs came from the installation and project development sector and are only expected to continue rising in 2020.

“There’s no doubt about it: The solar industry is a major employer and an increasingly important part of our economy,” says Bob Keefe, Executive Director of E2 (Environmental Entrepreneurs), a national, nonpartisan business group advocating for sustainable energy policies. “It would benefit lawmakers to remember the hundreds of thousands of Americans who now work in solar in every state of our country as they consider policies that can keep these good-paying jobs growing for a long time to come.”

The advantages to implementing solar policies and installing solar systems are clear, and solar also has the unique characteristic of bipartisan support across the country. As prices for things like battery storage and panel installations continue to drop, this trend is anticipated to grow substantially over the next decade. Cities will likely see solar gradually become the new norm in electricity production.

Peter Dye is an American City & County contributor, educator and expert in solar energy. He currently resides in Atlanta.