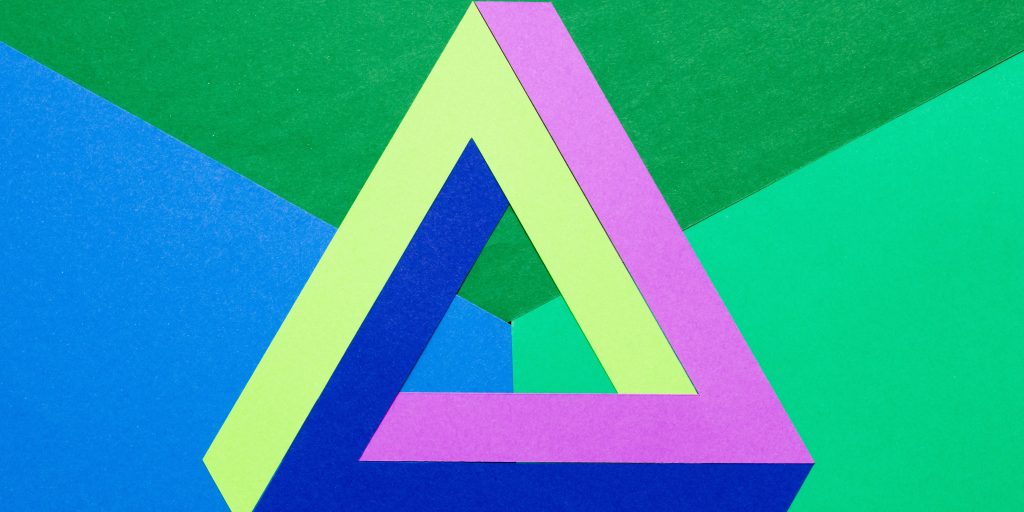 What does a smart city look like? Is it seamlessly connected transportation systems leading to sleek, energy-efficient buildings running on a sustainable power grid? Is it endless sensors generating mountains of data being crunched by supercomputers in real-time to make every system run as efficiently as possible? Maybe.

But maybe it could look as simple as a triangle.

Last November, I was invited to Virginia by the state’s economic development partnership to get a better understanding of how the state’s various regions and cities are leveraging their resources to become truly smart – in every sense of the word. My takeaway was that any region, county or city that really wants to consider itself smart, needs to be leveraging three elements: It’s business sector, it’s government assets and its academic resources.

Very few governments have the type of resources they need to conceive of, build-out and then operate a new, smart city technology from start to finish internally. If we’re going to have the smart city future we’ve been promised, leaders need to begin embracing collaboration by identifying and partnering with the resources around them. It’s at the trisection of these three discrete communities that workable technologies emerge, but if one element is weak, or missing entirely, the system collapses.

Smart city solutions can’t operate without smart people to run them, and innovation won’t occur without an academic crucible in which to fire it. Conversely, if all of these individuals are cooped up in university-bound silos, there’s no way for their knowledge, skills and insights to impact the communities in which they live. Arlyn Burgess, associate director for operations and strategic initiatives at the University of Virginia’s School of Data Science, knows this well and explains it using an example.

“If we were thinking about public health in the community and how we can use data to better inform outcomes for a particular population, for instance, you can’t do that without the right discipline-specific people in academia – people that are familiar with public health, people that have the skills to create and run the models and also have the computational skills to scale it,” Burgess says. “What we find is without the connection to the community we can’t really answer questions because we don’t have their context.”

In this way, Burgess suggests that breaking down the siloes between academics, politicians and businesspeople should be the primary concern of any leader concerned with creating a smart community. Collaboration, she says, is key.

“All three of the pieces have to work together, and we’re really at a breaking point, I think, where all three of those communities are recognizing this and really wanting to push this forward in different kinds of ways.”

Tobias Dengel, CEO of WillowTree, a mobile innovation agency located in Charlottesville, Va., agrees that all three pieces need to be in place for a community to be successful in “smart” endeavors. In order to attract and sustain tech business, first and foremost a community needs to attract talent. To do this, several things need to be working in congress.

“From our perspective as an employer, it’s all about attracting talent. Talent comes to you or wants to live in a location based on a couple of different things,” Dengel says. One of those things is how progressive the community is – and this doesn’t mean politically, he adds, but how progressive they are on factors like transportation, sustainability and housing options. Progressive, in this sense, simply means forward-thinking. “A community having a commitment to that is part of the equation.”

The second leg of this stool, he says, to be attractive to tech business, the community needs to have deep ties to their academic institutions. This doesn’t mean the only cities that can be smart need to have a world-class university, but they need to leverage whatever institutions are available in the community and foster relationships with them – this could be a community college or even a high-school STEM department.

Ultimately, the government’s goal should be to get a critical mass of knowledge workers into their community. They can start with one or two businesses, but an ecosystem needs to grow centered on the business community. With this in mind, he says attracting the pioneers is important. Government leaders should be actively courting these businesses, demonstrating why their community is a good fit.

To that end, he shares this is why the decision was made to set up shop in Charlottesville and the greater Albemarle County area. He says when they were considering communities, they reached out to a shortlist of ten or so locales. Of those, only five got back to them. Two or three of those responses were pretty disjointed, but the remainder were “like machines,” he said. “They called us the next day and said, “we’d love to have you, we’re going to set up a meeting.” When we got there, they had the president of the community college, the mayor’s office represented, the chamber of commerce was represented, they had someone from the state there that could walk us through the incentives we could apply for. They made it so easy.”

Government needs to be the orchestra director in the smart city. Roger Johnson, Albemarle County, Vir.’s Economic Development Director says it’s their responsibility to have the mountaintop perspective of what the community wants and the means to fulfil those needs. However, it’s difficult to achieve this vantage point without collaboration.

“We’re collaborating with the university and with the chamber and with our neighbors in the city of Charlottesville on numerous levels,” Johnson says. “We have M.O.U.s [memorandums of understanding] with those particular organizations for things like economic development and transportation. We have climate action plans. Each one of these organizations helps one another in terms of exercising those as well as developing the actual strategies themselves.”

By collaborating in this way, Johnson feels smaller communities can leverage the community’s collective resources to re-identify themselves. A decade or two ago, the only true “tech hubs” were major cities – San Francisco, New York, Seattle, Boston – now, places like Charlottesville are showing up on these lists. Anne Arbor, Mich. Boulder, Colo., tops the list, according to Bloomberg. Smaller cities have a lot to offer the tech community, they just need to put themselves out there.

PUTTING THE PIECES TOGETHER

While this makes sense on paper, accomplishing this collaboration is much easier said than done. However, to start breaking down the siloes, leaders in each community need to undergo a bit of a philosophical shift, Burgess says.

“Don’t assume that you know what the other party’s interest is going to be,” Burgess says. “Know you have a joint interest and there is a great potential for mutually beneficial relationships, but I think that so often people so often think they know what someone else wants… but if you talk to them, they’ll tell you what interests them.”

Conversely, Burgess gives this advice to local leaders looking to approach academia to leverage their resources – having some idea of what it is your asking for will help the academic institution understand how they can help.

“We like to say “someone woke up and decided they want to do data science today,”” Burgess laughs. And while it’s okay to say “I want to engage in data science, but I’m not exactly sure how,” having an idea of the kinds of things you might want to do, or the things that led you to the decision of thinking about data science or a particular type of research engagement, that’ll help an academic partner know how to work with you.”

This organization and intention carries over to the business community as well. It’s through a deliberate, design-focused process that governments can work to build and sustain their tech business community. That’s the most important piece, Degnal says. “When you’re on the other side of that and you’re running a business, you have a million things to do and you’re visiting 10 cities, and you have 100 other things going on in your life,” he says, “If you can work with a city or town that makes you feel wanted and makes it easy, that’s honestly the biggest part of the battle.”